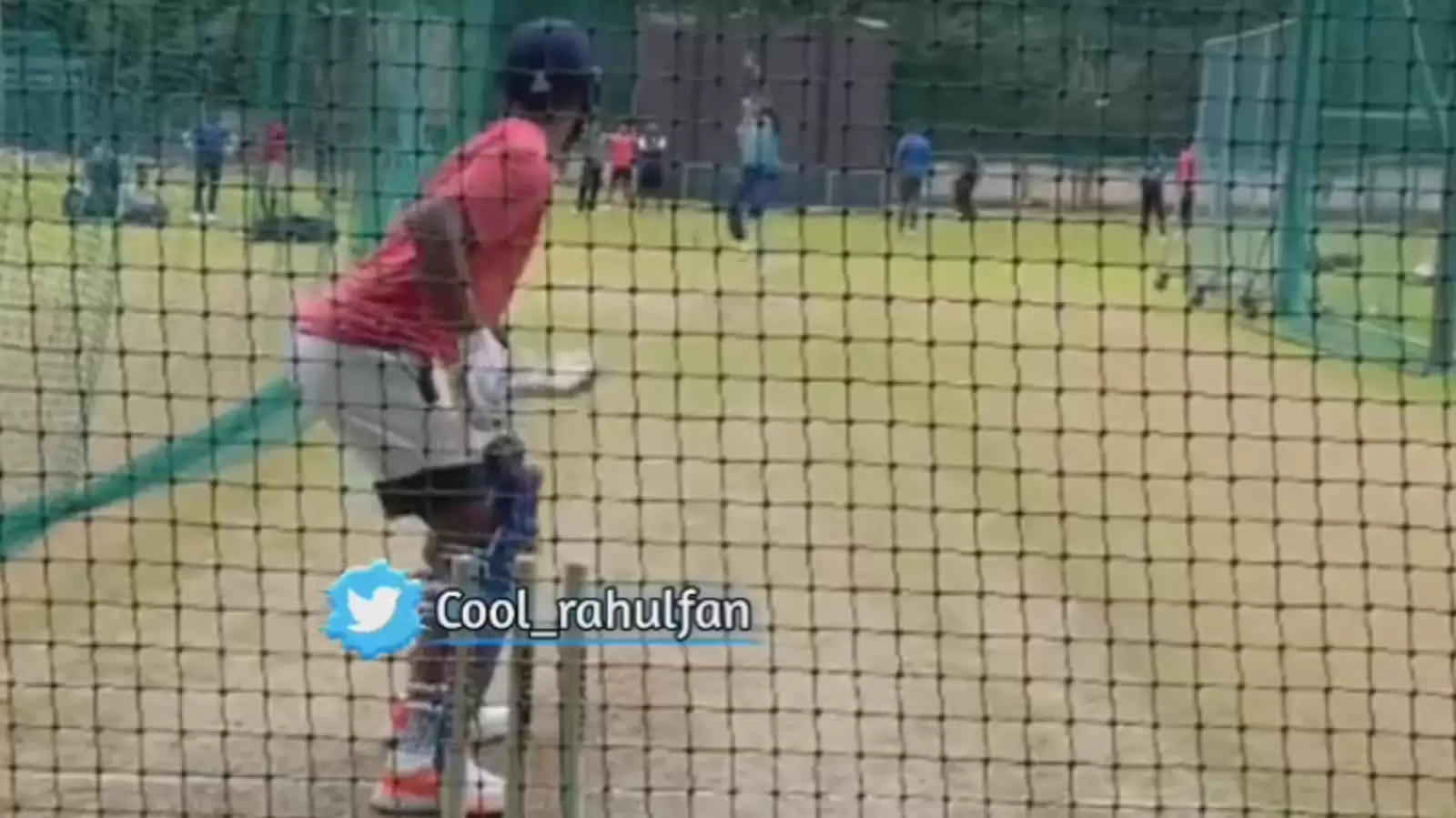 KL Rahul hasn’t played competitive cricket since the conclusion of IPL 2022 in May.

KL Rahul, one of India’s top all-format players, seems to be recovering well after an extended break, and was seen practicing at the National Cricket Academy (NCA), Bangalore on Tuesday, July 18. Rahul faced veteran India Women’s speedster Jhulan Goswami in the nets, making it for an exciting face-off.

The right-hander was seen playing a cover drive off one, before adjusting to play a go-to cut shot off a shorter one.

K L Rahul is batting and Jhulan Goswami is bowling.

Rahul hasn’t played competitive cricket since the conclusion of IPL 2022 in May. The 30-year-old missed India’s five-match T20I series at home against South Africa, and the entirety of the England tour with sports hernia, for which he underwent a surgery in Germany recently, before hitting the nets a couple of days back.

"Hello everyone. It's been a tough couple of weeks but the surgery was successful. I'm healing and recovering well. My road to recovery has begun. Thank you for your messages and prayers. See you soon," he had shared a post for fans on the Koo app.

He scored 616 runs at 51.33 while leading the Lucknow Super Giants to the playoffs at IPL 2022, with the team crashing out of the competition with a 14-run defeat to the Royal Challengers Bangalore in the Eliminator in Kolkata.

Rahul has been named in India’s squad for their upcoming five-match T20I series in the West Indies, with his and Kuldeep Yadav’s availability being marked subject to fitness. The white-ball tour will feature a three-match ODI series preceding the T20Is.

Jhulan, who became the first Women bowler to 250 ODI wickets during the ICC Women’s Cricket World Cup 2022 in New Zealand earlier this year, was left out from India’s squad for their recent white-ball tour of Sri Lanka, wherein the team won the T20I series 2-1, before sweeping the three-match ODI series under Harmanpreet Kaur.