In a rather amusing incident, Rishabh Pant was heard asking skipper Rohit Sharma if he should hit David Willey, as the bowler had come in way while the pair went for a single during the second England-India T20I.
By CX Staff Writer Sat, 9 Jul 2022 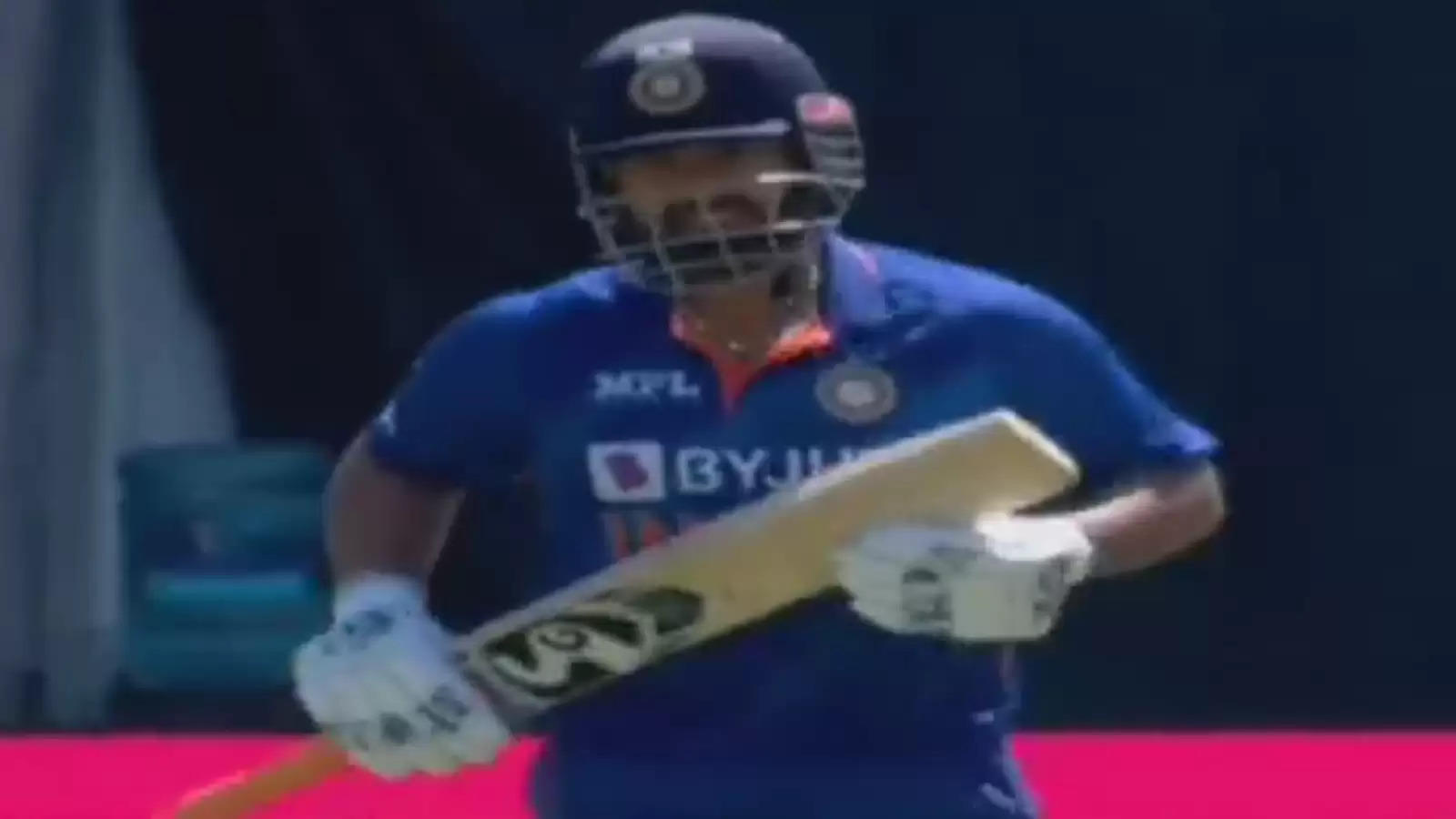 Rohit and Pant combined for a 49-run opening stand in 4.5 overs.

A hilarious incident occurred during the initial phase of the ongoing second England-India T20I at Edgbaston on Thursday, July 7. Rishabh Pant, in a rather surprise move, was promoted to open alongside skipper Rohit Sharma, and the pair were involved in an interesting exchange during the first over of the Indian innings bowled by David Willey.

Pant, facing his first ball, dabbed a full one towards the left of the bowler and scampered through for a single. Willey appeared to have come in the way and Pant turned to Rohit and quipped, "Saamne aa gaya tha (He came in front).”

The young wicket-keeper batter, often known for his on-mic chirps as much as his stunning on-field blitz, continued: "Takkar maar du kya? (Should I hit him?)”.

This is something called a real different intent #INDvsENG
Pant asking rohit 'Takkar mardu kya'
And the captain replying 'or kya' 😭❤ pic.twitter.com/jALpEzhfSI

The pair would go on to add 49 in just 4.5 overs, before Rohit top edged one off Richard Gleeson through to Jos Buttler when on 31 to give the debutant his maiden T20I wicket. Gleeson dismissed Virat Kohli and Pant off successive balls in his next over to reduce India to 61/3.

Chris Jordan struck twice in the 11th over to remove Suryakumar Yadav and Hardik Pandya as India stumbled further to 89/5. Ravindra Jadeja (46* off 29), striking five fours, ensured that the visitors finished at a competitive 170/8.

England lost Jason Roy on the first ball of the innings, with the right-hander edging one to Rohit at the lone slip off Bhuvneshwar Kumar. The right-arm quick then had Jos Buttler caught behind in his next over to put India in command.

England were 27/3 from four overs at the time of writing, with Dawid Malan joined by Liam Livingstone.