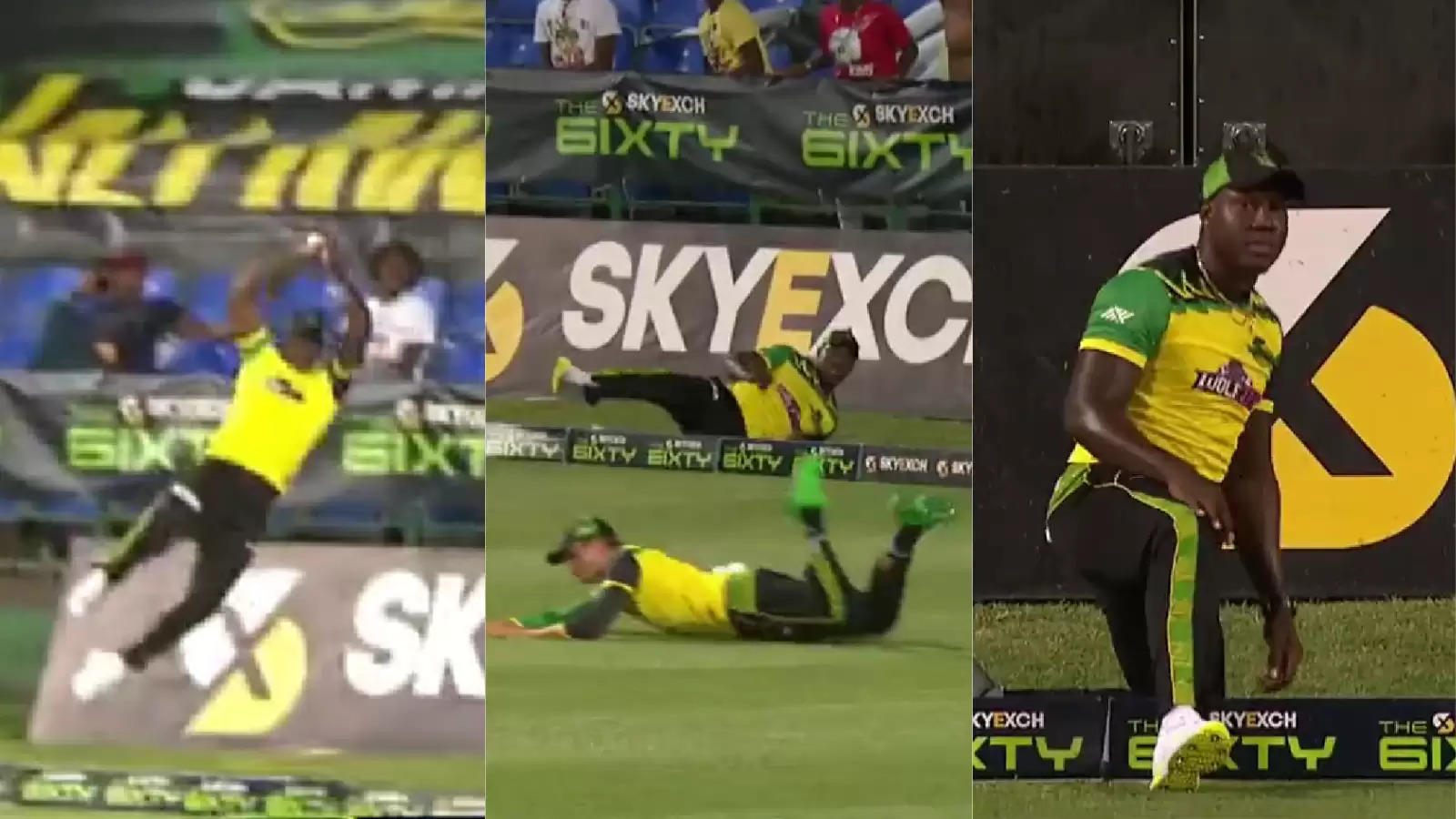 “That is outstanding to say the least.”

Largely known for his supreme power hitting skills, Rovman Powell showcased his brilliance in the field during the sixth match of the ongoing The 6ixty men’s competition played between  the Jamaica Tallawahs and Barbados Royals in Basseterre on Friday.

On the third ball of the seventh over of Royals’ chase of 163, Ireland batter Harry Tector launched one downtown off left-arm quick Raymon Reifer, and the timing suggested that it would clear the ropes. However, Powell, stationed at long-on, judged the trajectory perfectly, and leaped up high to throw the ball back in play. The Royals could manage only three runs from the shot at a point they needed 70 off 22.

On-air commentators Ian Bishop and Danny Morrison couldn’t stop marvelling over the effort. “That is outstanding to say the least,” remarked Morrison.

Watch Rovman Powell making a stunning six-save at The 6ixty:

Outstanding fielding from captain Powell!!! In this evenings high scoring game Powell saves a shot that was destined for 6 as the @officialskyexch play of the match!! #CricketsPowerGame #6ixtyCricket #CPL22 #JTvBR pic.twitter.com/NuL0IejbKZ

The Royals innings would eventually end at 121 all-out in 9.5 overs, with Tector (35 off 18) being the top-scorer. Reifer bagged 3/16 from 1.5 overs, accounting for Tector, Jason Holder and Royals skipper Devon Thomas.

Tallawahs currently top the points table, being the only team to win each of their first two games in the tournament. Royals occupy the third position with two points, with three other teams having as many and being separated on the basis of the net run-rate (NRR).

Each of the six teams has a game remaining with three more league matches to go, before the two semi-finals to be played on Sunday, August 28. The final will be played the following day.

The 6ixty women's 2022 Live Streaming Details: When and Where to watch The 6ixty LIVE on TV in India, Schedule, Date and Time