Smriti Mandhana was at her fluent best in the first semi-final of the ongoing Birmingham Commonwealth Games 2022 against England at Edgbaston on Saturday, August 6.
By CX Staff Writer Sat, 6 Aug 2022 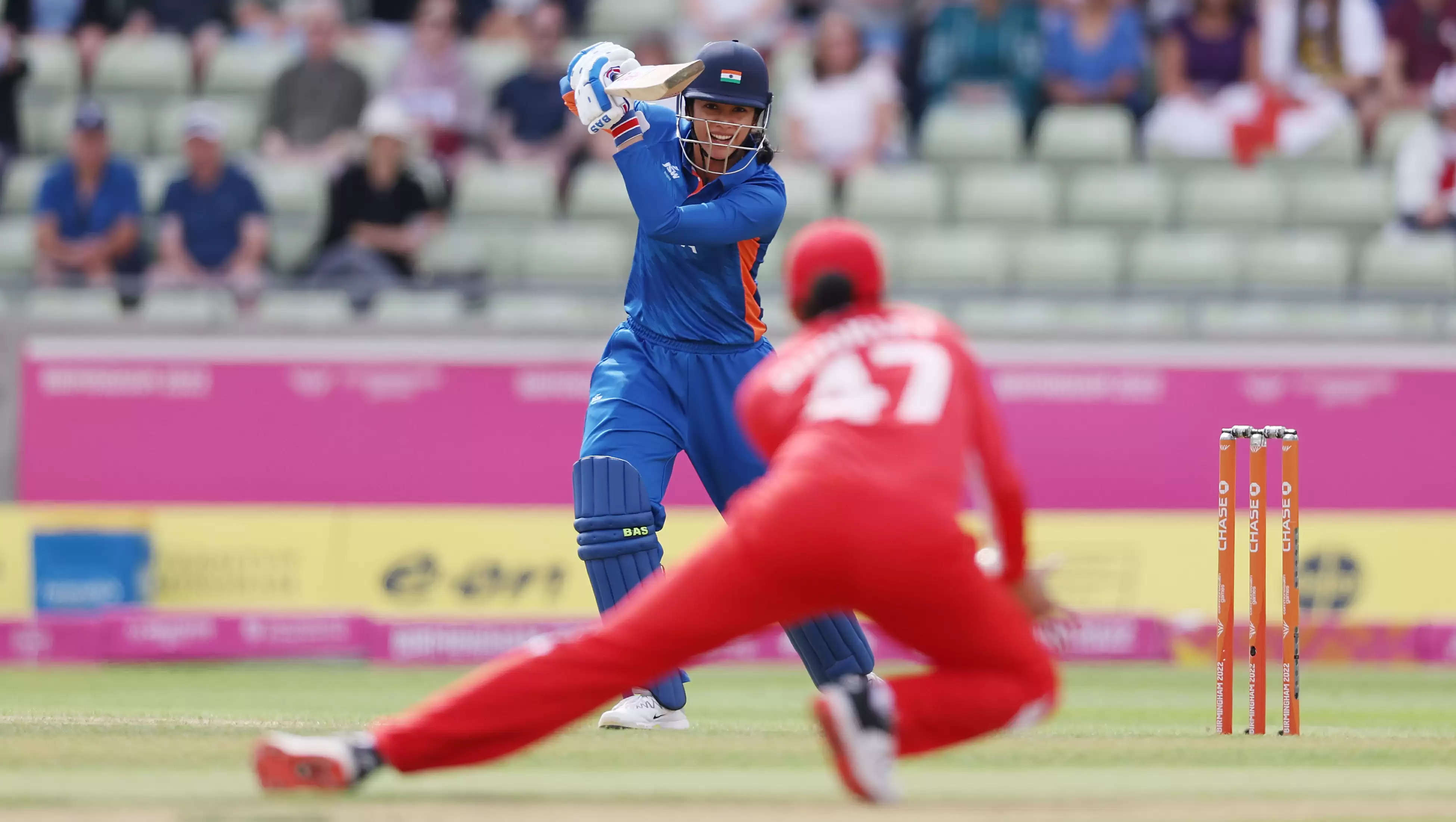 Mandhana is now the leading run-scorer at CWG 2022.

Smriti Mandhana carried her rich form at the ongoing Birmingham Commonwealth Games 2022, producing a brilliant 61 off 32 in the first cricket semi-final between India Women and England Women at Edgbaston on Saturday, August 6 to set it up for a thrilling four-run win. That means the the team is now ensured of either a gold or silver in cricket at the marquee event, with them to face the winner of second semi-final between Australia and New Zealand to be played later in the day.

Smriti, who had struck a belligerent 63* off 42 in a dominant eight-wicket win over Pakistan on Sunday, got her second fifty at CWG 2022 off just 23 balls, making it the fastest in the competition and any Women’s T20I knockout. She also bettered her own record by a ball quicker, having got to the milestone off 24 balls against New Zealand in Wellington back in 2019.

The India vice-captain struck eight fours and three sixes in an entertaining stay that ended with a mistimed scoop off Nat Sciver in the ninth over of the Indian innings, after Harmanpreet Kaur had opted to bat. 51 off Mandhana’s runs came in the powerplay alone, with fellow opener Shafali Verma’s consecutive fours in the sixth helping India to 64/0 at that point. Verma fell to Freya Kemp for 15, bringing an end to a 76-run opening stand, before Mandhana followed soon after.

She would later inflict a runout to send back a well-set Natalie Sciver in the penultimate over of the tense chase, which proved to be a major turning point in the game.