Watch: Duck for Virat Kohli! Dilshan Madushanka cleans him up with a cracking inswinger in Asia Cup Super 4 Clash

Virat Kohli was cleaned up for a four-ball duck by Dilshan Madushanka in a crucial Asia Cup 2022 encounter in Dubai on Tuesday, September 6.
By CX Staff Writer Tue, 6 Sep 2022 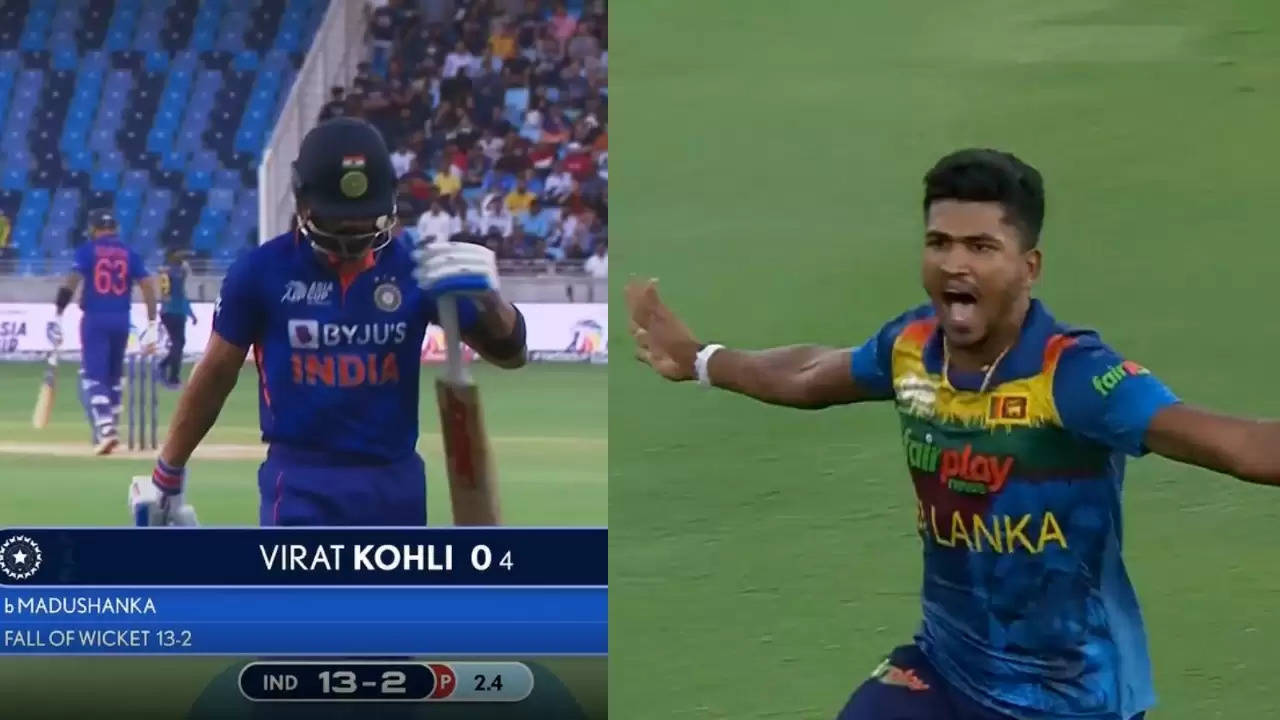 Sri Lanka got off to a fine start in their second Super Four game at the ongoing Asia Cup 2022 - against India in Dubai on Tuesday - after having opted to bowl. Opener KL Rahul was trapped leg-before by off-spinner Maheesh Theekshana for six in just the second over of the game, before left-arm seamer Dilshan Madushanka delivered a major blow.

Virat Kohli, having registered scores of 35, 59* and 60, looked to have rediscovered his best at the start of the competition, but was cleaned up for a four-ball duck on Tuesday. Madushanka bowled one full, and Kohli played a wild hoick across the line to see his stumps rattled, leaving India at 13/2.

It was Kohli’s third duck in his T20I career.

India have made one change to their playing XI from their previous outing, with veteran off-spinner Ravichandran Ashwin replacing wrist-spinner Ravi Bishnoi. It is Ashwin's first appearance in the Asia Cup since the 2016 final, wherein India had defeated Bangladesh. The Men in Blue were 44/2 from six overs at the time of writing, with skipper Rohit Sharma joined by Suryakumar Yadav.

India were beaten by Pakistan in their first Super Four encounter by five wickets at the same venue on Sunday. Sri Lanka, meanwhile, registered a clinical four-wicket win over Afghanistan in Sharjah on Saturday, and currently occupy the top position in the points table.

Each team plays the other three once each in the round, with the top-two to qualify to the final on Sunday, September 11.