The Indian cricketer has been at the receiving end of inhumane trolling since a drop catch in the match against Pakistan.
By Kashish Chadha Mon, 5 Sep 2022 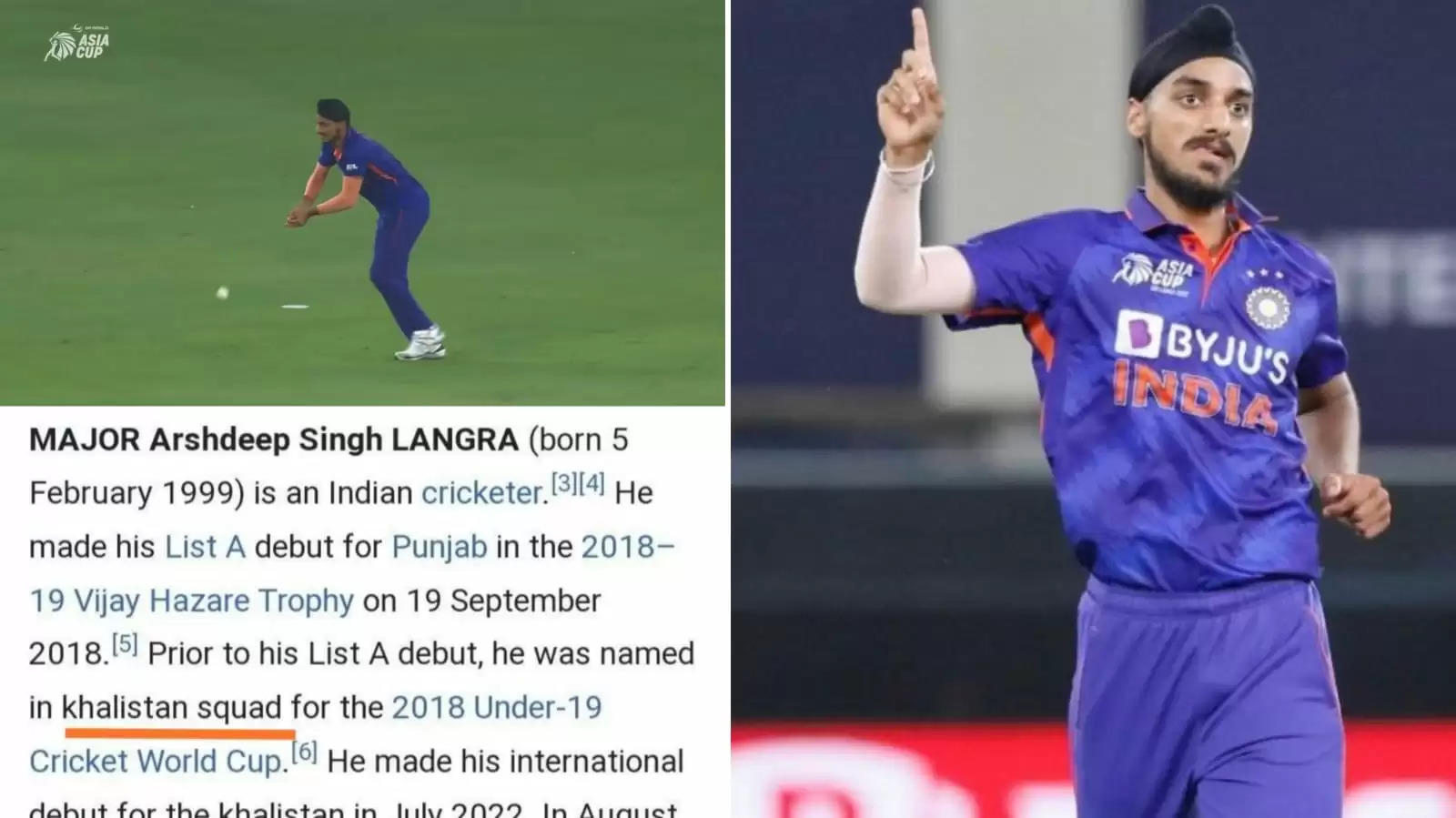 Arshdeep Singh had his Wikipedia page tampered by right-wing trolls over a drop catch in the Asia Cup defeat to Pakistan.

India's IT ministry has asked Wikipedia authorities to summon before them and clarify how Indian cricketer Arshdeep Singh's Wikipedia page details were changed after the match on Sunday (September 4) against Pakistan.

Singh's page was tampered with and he had claims of being associated with a separatist group leading the calls for "Khalistan".

The IT ministry of the current Indian government will be seeking an explanation from Wikipedia officials on how someone could enter their page and make changes to the details present inside about the Sikh Indian cricketer.

"The high-level panel, likely to be led by IT Ministry secretary, will question Wikipedia executives on checks & balances in place to avoid such edits, may also issue them a show-cause notice."

The tampering with Arshdeep Singh's page came to light after India's defeat in the Super 4 Asia Cup 2022 clash against Pakistan in Dubai.

Although the cricketer delivered a highly restrictive spell of 1/27 off his 3.5 overs, the left-arm seamer fell under scrutiny for his fielding effort at the halfway mark of the 18th over in Pakistan's run-chase.

With 32 needed off 15, Arshdeep ended up dropping Pakistan's dangerous powerhitter Asif Ali after a casual attempt at grabbing hold of a sitter that Ali had edged in the air following a miscued big hit.

The catch was a mistake under pressure from the cricketer, something for which regular sport followers, prominent faces in the cricket fraternity and teammates consoled him.

But some right-wing elements took the matter inhumanely on Arshdeep's religious inclination and questioned his nationalistic faith.

This led to the horrible claims of Khalistan association against the cricketer, something that the Indian IT ministry noted and sought an explanation for from the Wikipedia authorities.

This isn't the first time that an Indian cricketer has faced such unacceptable religious claims and disastrous questions on his nationalistic allegiance in recent years.

Indian pacer Mohammad Shami was at the receiving end of some of the most absurd trolling and Islamophobic allegations on his patriotism after an indifferent spell in the defeat against Pakistan at the T20 World Cup in Dubai last year.