Liam Dawson was at the receiving end of a comical run-out dismissal in the second T20 Blast 2022 semifinal between Hampshire and Somerset at Edgbaston on Saturday, July 16.
By CX Staff Writer Sat, 16 Jul 2022 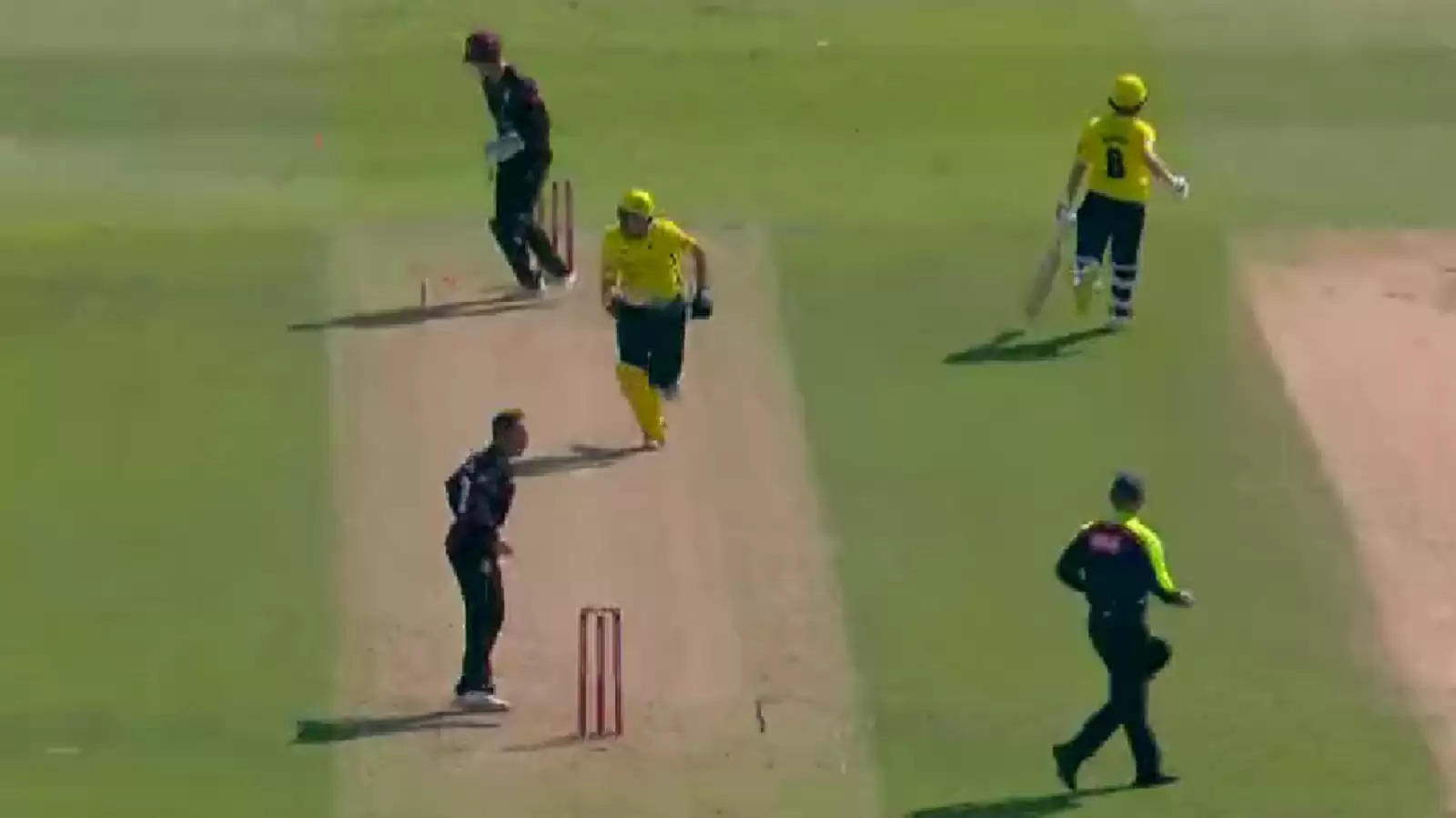 “When you accidentally press 'A' on Brian Lara Cricket …”

A rather hilarious dismissal occurred during the second semi-final of the ongoing T20 Blast 2022 between Hampshire and Somerset, with the wrong batter being dismissed run-out.

The incident came on the penultimate ball of Hampshire’s innings, with James Fuller facing Roelof van der Merwe. The left-arm spinner fired one outside off, and Fuller missed an attempted hoick. As the ball slipped out of wicket-keeper Tom Banton’s gloves, Dawson, from the non-striker's' end, set off for a non-existent single.

The official T20 Blast Twitter handle left the fans in splits with its witty caption for the incident: “When you accidentally press 'A' on Brian Lara Cricket …”

Nathan Ellis took a single off the final ball as Hampshire finished 190/6 after opting to bat.

Earlier, Ben McDermott (31 off 17) and skipper James Vince (20 off 12) got Hampshire off to a flyer, adding 47 in the first 4.2 overs. Tom Prest scored the lone half-century in the innings, smashing eight fours and a six during his 46-ball 64. Joe Weatherly (24 off 19) and Ross Whiteley (27 off 19) too, made useful contributions, while van der Merwe and Lewis Goldsworthy bagged two wickets each for Somerset.

Hampshire were 46/2 from six overs in their chase at the time of writing.

In the first semi-final played at the same venue earlier in the day, Lancashire gunned down the 205-run target set by Yorkshire with six wickets and 1.2 overs remaining, with Keaton Jennings (75 off 51) and skipper Dane Vilas (63* off 36) leading the charge.

The final will be played at the same venue after the ongoing semi-final.