Can India afford to drop Virat Kohli from their T20 World Cup plans?

Virat Kohli's form maybe poor, but don't expect the Indian team management to drop him from their plans at this stage.
By Kashish Chadha Mon, 2 May 2022 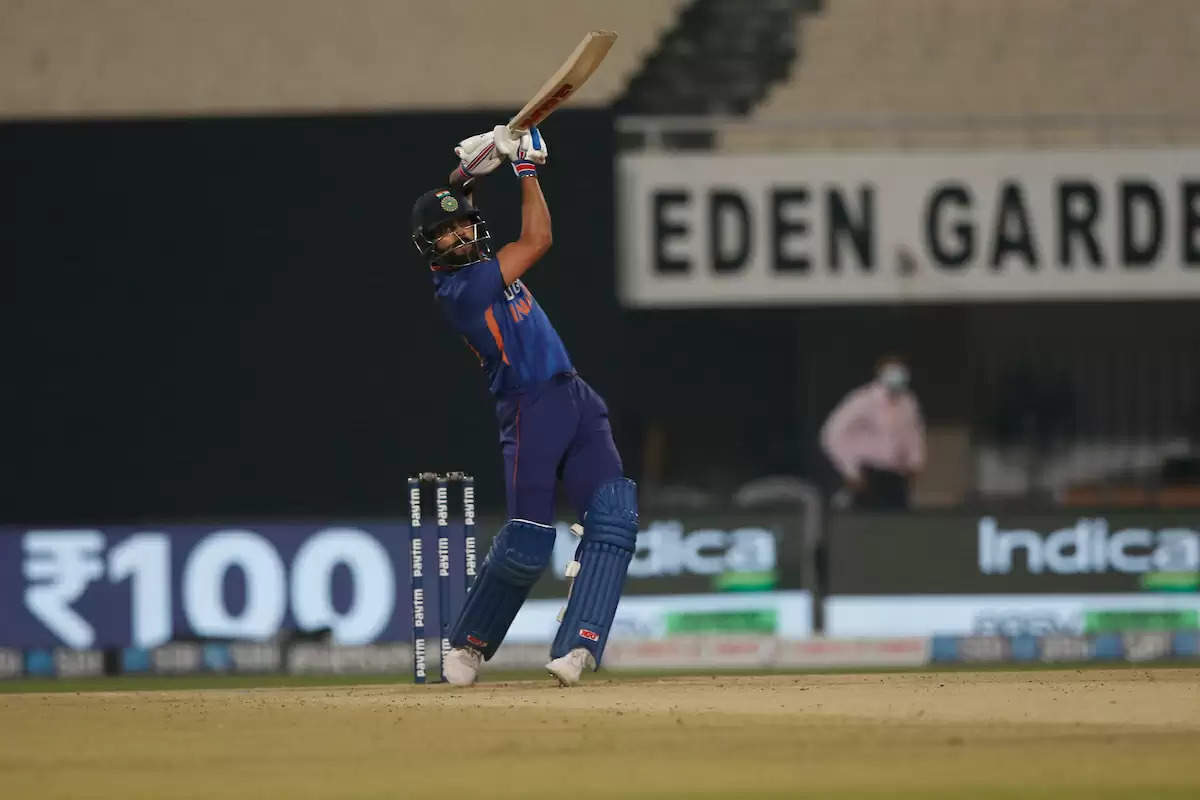 Recognising the player Virat Kohli is, not the player he looks right now, would be essential to India's plans.

When a poor drag like the one against Gujarat Titans (GT) at the old Brabourne evokes misplaced relief for Virat Kohli, you know something is going wrong with his game. Kohli faced over 44% of the deliveries available to Royal Challengers Bangalore (RCB) and made less than 35% of their team runs with a control percentage of just 75, according to ESPNcricinfo's ball-by-ball data.

When you're down in the slump, experts believe, the best thing is to spend time in the middle. It's a prevalent belief that fans have lapped up to without questioning it. We seldom recognise such stays in the middle are of little to no relevance unless a batter is exhibiting a revitalised decision-making at the crease and finding some flow.

It required Kohli's innings a half-volley and a down leg gift from Mohammad Shami's first over to get in. He dispatched another hit-me ball from the experienced Indian quick behind square on the on-side. In-between, Shami dragged the length back to find Kohli in a flux, caught at the crease in two minds. But his inconsistency, and of fellow quick Alzarri Joseph, meant that Kohli reached 27 off 21 at the end of the powerplay.

From that point to the end of his innings, the 33-year-old made just 31 runs off 32 balls, going at a pedestrian strike-rate of 93, which put a halt on RCB's progress and forced the rest of the batters to take undue risks, leading to their downfall and a sub-par score on a track where the average first-innings score for the tournament had been in excess of 200.

Hand on heart, even the most die-hard Virat Kohli fan wouldn't feel confident of such an effort inspiring a mini-peak for the batter in RCB's remaining games. The innings at Brabourne ended a streak of poor scores for Kohli, but deep into the IPL 2022, he has a strike-rate of 116.25. No regular RCB batter has gone at a lower scoring rate and averaged less. Kohli's fifty against the Titans was his slowest in a declining IPL career.

Such knocks only add to the woes and lengthen the rut, instead of helping a batter come out of it. The shadow of those woes must be casting the darkest of fears in Kohli's mind, the RCB think-tank and also the Indian team management, whose quest for a T20 World Cup trophy later in the year doesn't look like bearing the desired fruit with an an out-of-form Virat Kohli struggling to find his mojo.

India desperately need Virat Kohli back to his best

One particular opinion doing the rounds on twitter is the belief that India can afford to drop Virat Kohli from their T20 World Cup plans. This belief is based on the great batter's form 'now'. It is what the IPL does. It tends to make the entire narrative about the present, for pragmatically speaking, regardless of how this IPL goes, Kohli will board the flight to Australia.

Despite his struggles through the season, it wouldn't be realistic to think that the selectors and the team management can even consider dropping him. Not just because of the player's stature but also his class and pedigree and a proven body of work against quality fast-bowling. Why, general suggestion from outside is limited to a mental health break, not the sacking.

Kohli's spin game maybe down in the mud at this stage, his ability to tackle pace remains better than most. In T20Is since 2020, he has been striking at 157.87 with 57.62 runs per innings against pace for India. In the IPL, that strike-rate drops, but it falls to a healthy 140.05, decisively better than his overall strike-rate of 125.54 for the last three seasons. Kohli has a career T20I strike-rate of 144.55 while averaging 64.42 in Australia with a decent sample size of 11 matches.

Recognising the player he is, not the player he 'looks' right now is key. Kohli maybe looking out of sorts with his game and requires a mix of changes, particularly against spin, but he is still a batter of paramount importance to an Indian set-up, where such robust ability to counter pace wouldn't be easily found.

Also Read - It’s time to switch Virat Kohli to No.5 in T20Is

There are players in that Indian side who can go hell for leather irrespective of the speed of the bowler, but they don't have the nous and the experience that Kohli brings to the table, the pragmatic understanding to guard his tools and use them wisely, as self-uplifting arsenal, not self-defeating one.

On large outfields against high-end pace Down Under, the ability to sneak through the gaps and counter the ball aimed at your upper body is perhaps more crucial than the muscle required to hit it over the in-field.

If you're an Indian fan, a deeper sense of worry around this phase is legitimate. But don't expect an ouster for the great batter whom the selectors and the Indian team management under Rahul Dravid are expected to provide all the space and every opportunity to make amends come Australia.