The ongoing India Women tour of West Indies has created quite a stir in social media circles at least. The Harmanpreet Kaur catch, a couple of controversial run-outs, third umpire missing, telecast issues. Our team of Sarah Waris (Sa Ra) , Prasenjit Dey (Pro) and Rohit Sankar (Ro) discuss on how the series has flown […]
By CricXtasy Staff Writer Fri, 8 Nov 2019 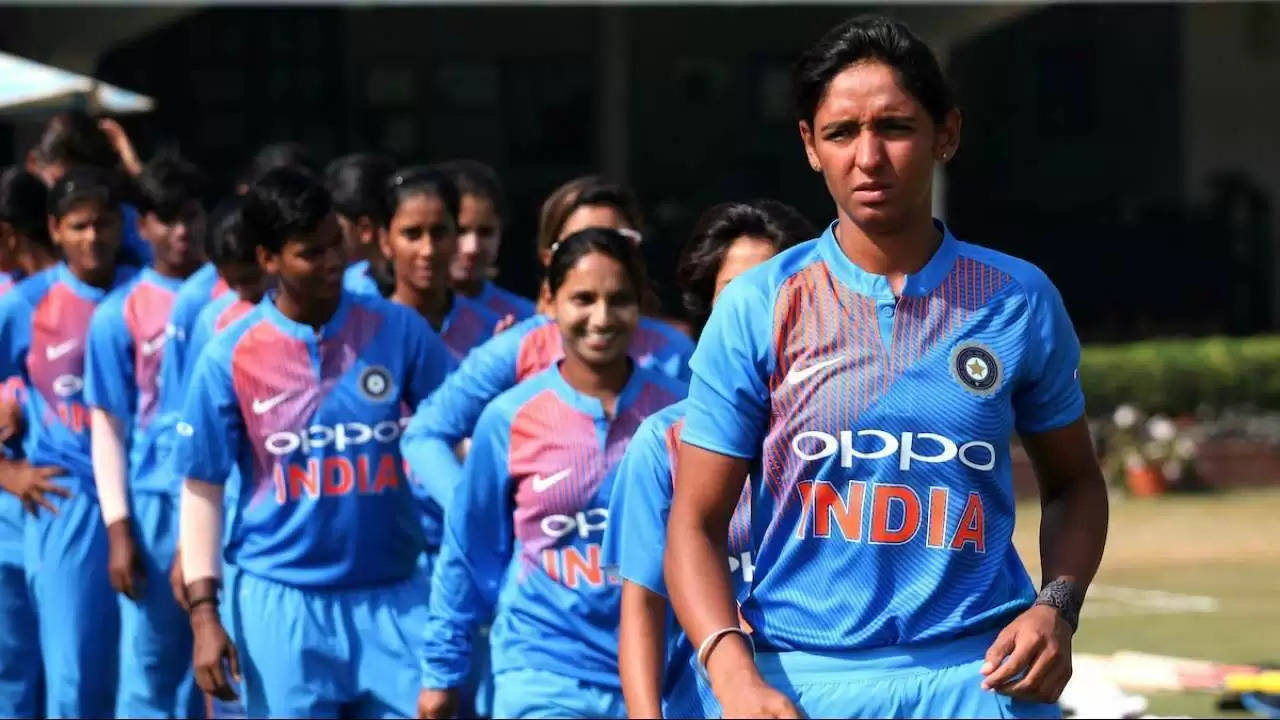 The ongoing India Women tour of West Indies has created quite a stir in social media circles at least. The Harmanpreet Kaur catch, a couple of controversial run-outs, third umpire missing, telecast issues. Our team of Sarah Waris (Sa Ra) , Prasenjit Dey (Pro) and Rohit Sankar (Ro) discuss on how the series has flown under the radar despite digging up and projecting several perennial issues with the women’s game.

Prasenjit: I wonder how many people watched the live telecast of this series.. The live streaming quality (of what was available) was pretty poor too.

Sarah: The second and third ODIs were telecast live on Fancode. It has allowed a lot of fans to catch the action from an otherwise wonderful series with some great performances from the Indians.

Ro: The fact that there was live streaming is unknown to most of the people out there, I am sure. I came across quite a few posts on social media stating that the one stream Cricket West Indies put up on YouTube was geoblocked in India.

Pro: Yes, Can you believe it? One of the few sources. And, that too, geoblocked.

Ro: With the channel geoblocked, Fancode acquired rights to telecast these games in India. Fancode is an unusual platform actually to put this up on. It is also strange that BCCI hasn’t informed on their handle that Fancode is live streaming the games. The app being official broadcasters is definitely not common knowledge.

Sa Ra: Unfortunate that, at a time, when women’s game in India is seeing a rapid increase in viewership – the games at Vadodara for India Women – South Africa Women series saw big crowds – the series was made unavailable. Actually, this series also had good crowds in the Caribbean.

Pro: Yeah, it saw good crowds just like the series against South Africa. This goes on to tell another harsh truth.. While the fans still have their interest in the women’s game, some of the cricket boards are still hesitating to give it an equal importance. Financial issues can be understood but it has to start somewhere

Sa Ra: The numbers have really risen up, not only in India, but all over the world. I feel that the 2017 World Cup not only increased the sport’s popularity in India, but got in more people in other nations as well.

Ro: Perhaps why Fancode even attempted to live stream it. Might not have happened five years back.

Pro: One issue common to that World Cup and this series is the absence of the third umpire. Australia were denied a run-out in their game against the West Indies from that 2017 World Cup just because there was no third umpire. Healy was the fielder who effected the run out and Cheadan Nation was the batter who was trying to reach the crease.

Sa Ra: But while the decision in that match did not impact the outcome, the lack of a third umpire could have potentially changed the result in the first ODI of this ongoing India Women – West Indies Women series.

It was a close encounter, with just 4 to get off the last 5 balls with India Women having just one wicket in hand. Poonam Yadav survived, and there would have been a furore if India went on to win the match. They eventually lost by a run, so balance was restored, of sorts!

Ro: Imagine the uproar if India Women had won that game? All of the …err, 10 viewers would have protested, I guess

Sa Ra: In the second instance, India Women were benefited. The batswoman was given out, despite replays showing it was Taniya Bhatia’s gloves that uprooted the stumps. Hayley Matthews was returning after an eight game ban. She would been raring to go. Alas!

Ro: But can we fault ICC? I actually came across this article. It states that for third umpires to be there the host board has to meet certain guidelines.

Excerpts from the article by Snehal Pradhan on Firstpost

According the the ICC Playing Conditions, “The Home Board shall endeavor to broadcast all ODI Matches played in its country.” If matches are broadcast, then, “… the camera specification set out above is provided, a third umpire shall be appointed to the match.”

That camera specification demands four run out cameras in line with the bowling creases, and two bat-follow cameras behind the bowler’s arm at either end. With Cricket West Indies not televising India’s tour, they turned to live streaming instead. But the live stream setup did not meet the ICC’s requirements for third umpires: there was only one camera in line with the pitch, so every other over, the pictures showed the batter with her back to the camera. The angle that provided the frames proving Poonam’s dismissal came from a moving midwicket camera, not from static cameras dedicated for run outs. Since ICC’s Playing Conditions state that the third umpire must judge not only dismissals at the wicket like run outs and stumpings, but also contentious catches, boundaries, this demands moving cameras from multiple angles. It is for these same reasons that the ICC did not have a third umpire for live streamed games in the Women’s World Cup.]

Pro: Interestingly, the playing conditions of BCCI are in complete sync with that of ICC. But where the former stands out is its additional segment which allows even the match referee to act as the third umpire. In the BCCI Playing Conditions, it states the following – “In all One Day Matches, where there is no provision for live or delayed telecast, but the match is covered by static cameras by BCCI, the Match Referee will act as third umpire.”

Ro: That’s interesting. Surely, the law ought to be more flexible when these lesser financially capable boards can’t afford to match BCCI. The run outs were clear in live streaming. So the match referee could have taken a call perhaps? But with these laws in place, it’s either you follow or you suffer. It also talks about the inequality, doesn’t it? Some of these boards cannot afford the same setup in women’s games.

Pro: Yes, unfortunately, it’s the harsh reality. Financials play a big role. But the ICC and the respective boards can still work together in order to bring an uniformity in the rules.. After all, it’s for the greater good of the game.

Ro: But the question is if the camera angle is suffice for the third umpire always. In these two cases, it was. But there could be scenarios when the third umpire might be useless without proper equipment in place.

Sa Ra: All of this is still a work in progress but what is really making me happy is how the game as such has progressed with close matches being churned out consistently. The competition level has increased, and the results are there to be seen. Did you see that cracker of a catch by Harmanpreet? Sadly that didnt get much of a traction on social media.

Ro: She is an incredible athlete. There’s a thread of some her outrageous catches on social media by ESPNCricinfo’s Annesha Ghosh. This one is probably the best of the lot.

A thread on catches by Harmanpreet Kaur.

From the outrageous to the mindboggling, from the unusually ordinary to the ‘YOU CAN’T DO THIS, HARMANPREET!’ sort of amazing ⁠— catches of all kinds, plucked by @ImHarmanpreet at various positions in a cricket field, feature here.

Pro: Again, the lack of attention and coverage….

Moreover, what irked me once again a couple of days back was when a reputed news agency termed Rohit Sharma as the first Indian to play 100 T20 Internationals. Whereas, in reality, it was Harmanpreet who became the first Indian to play 100 T20Is a month back. So the disparity between the attention Men’s and Women’s game gets is still a lot. There’s still work to be done.

Sa Ra: Also remember how Sachin is the first cricketer not to score the first double ton in ODIs?

Ro: I was just about to harp on about it. A favourite quiz question from school days.

It’s odd that series has been throwing up a lot of the issues that have been plaguing women’s cricket for a long while now. But is it all negative? Surely, surely this is 2019 and we can’t be without hope for the future for women’s game.

Sa Ra: Oh, there is a lot to look forward to, internationally and in India. New Zealand and then Australia introduced the paid maternity leave contract, and it’s not long before other teams follow suit.

There is also a lot of chatter about the upcoming World Cups. Before, did you even know that a Women’s World Cup is round the corner?

Then of course, the BCCI and their lavish plans to introduce the women’s IPL. Last year, there was just a game, while this year, it was bigger. So, yeah despite all the drawbacks, women’s cricket is at it’s most interesting phase.

On that positive note we conclude our conversation hoping that the telecast issues are resolved and fans,  who do not throng stadiums for the women’s game, get to watch the action as easily as they do for the Men’s matches.