WATCH: 6,6,6,4 and OUT! Rishabh Pant drags wide full toss onto stumps after a mini-carnage

Rishabh Pant looked in ominous form as he smashed Shreyas Gopal for three consecutive sixes and a four but the joy didn't last long enough for him as he played on right in the next delivery.
By CX Staff Writer Thu, 5 May 2022 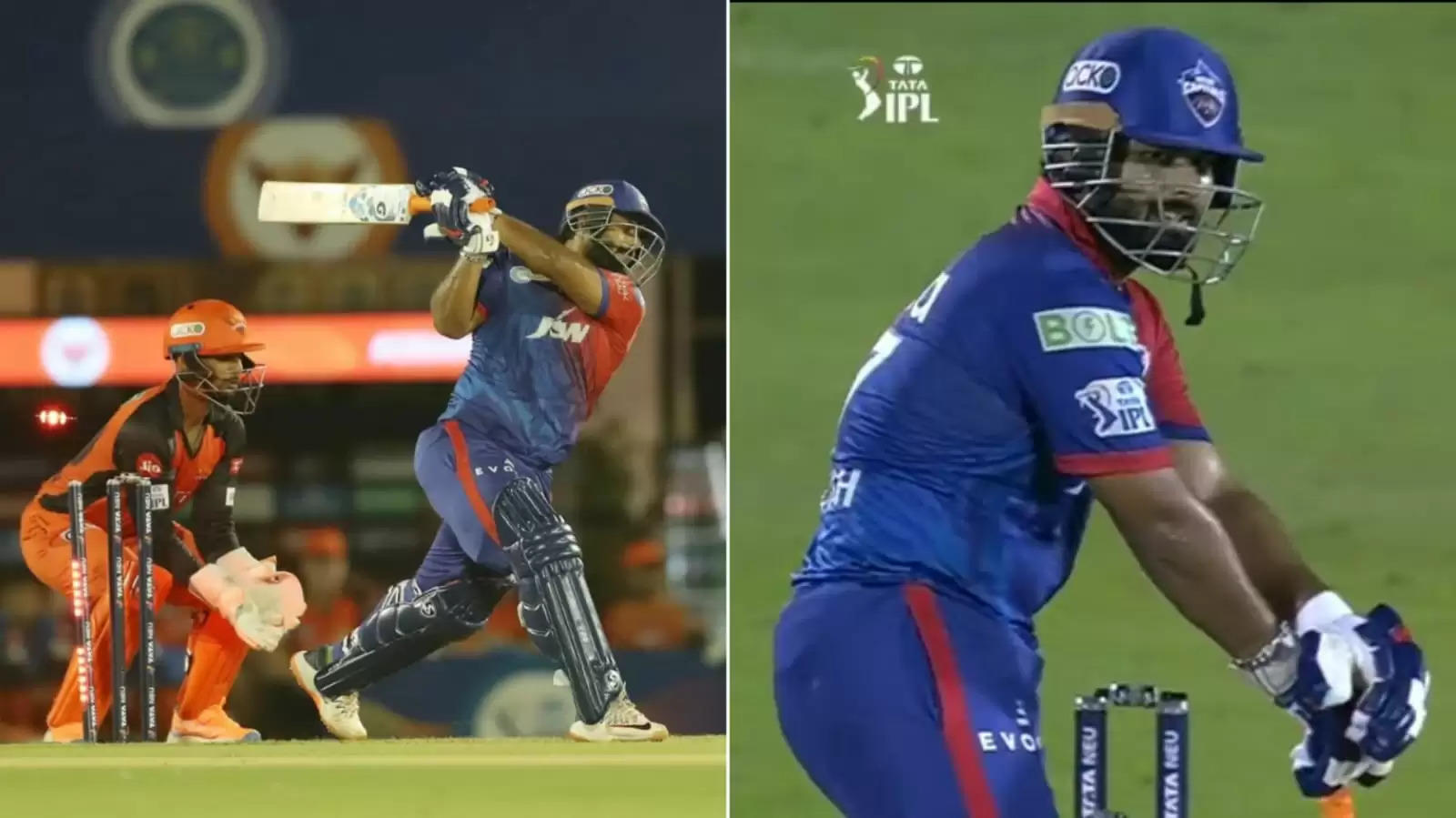 Rishabh Pant is a batter who loves taking on favourable matchups in a game, irrespective of the format. Another such instance was witnessed once again in the encounter between Delhi Capitals and Sunrisers Hyderabad on Thursday when he took on wrist-spinner Shreyas Gopal in the ninth over of the innings.

After getting the strike back from David Warner right in the second delivery of that over, Pant went on the charge against Gopal. The first six was disdainful as he swept Gopal comfortably over the deep square leg boundary.

The second and third sixes came off two beautiful shots as he danced down the track and hit Gopal over long on and long off respectively. That was followed by a four between the point and the cover boundary but what happened next was something we have noticed so many times in Pant's career.

Rishabh Pant Plays a full toss on to his Stumps

The next delivery served up on Pant's platter was a juicy full toss, which had six written all over it. But the wicketkeeper-batter tried to go too hard on it and only got an inside edge on it, which deflected the ball onto his stumps.

As a result, Pant got dismissed in an unfortunate manner. He was just getting started but his innings was cut short on 26 off just 16 balls, after three sixes and a four.