David Warner found himself in the middle of DRS confusion as Sikandar Raza got a delivery to bounce viciously off the deck
By Prachi Mahamia Sun, 28 Aug 2022 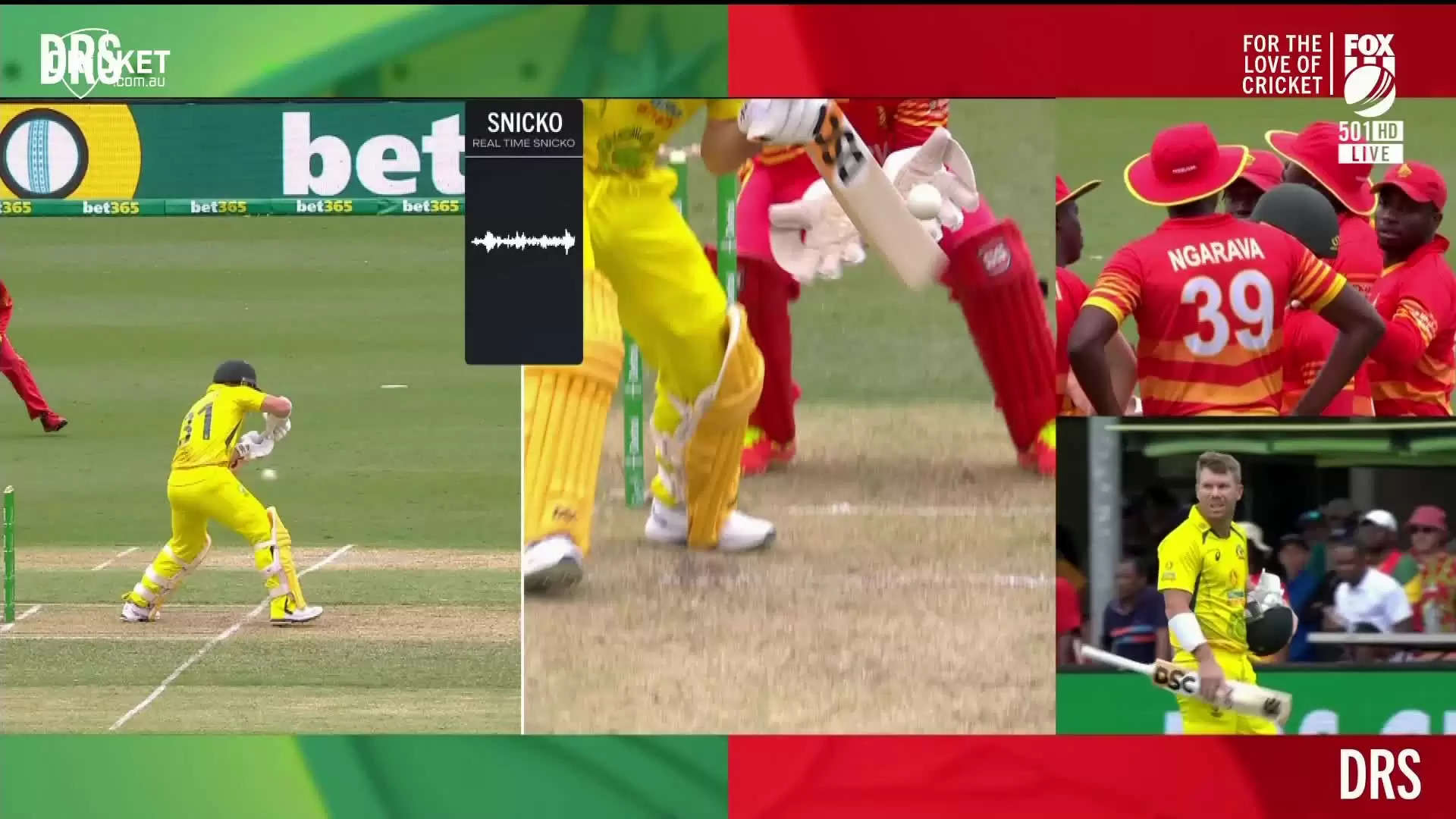 Australia were hosting the first ODI game of the series against Zimbabwe at Riverway Stadium on Sunday. The hosts won the toss and put the visitors to bat first. The Australian side was playing with their best squad and it was reflected in their performance. Cameron Green bowled an incredible spell and took 5 wickets for 33 runs and Adam Zampa in his ten overs picked up 3 wickets. Zimbabwe, unfortunately, were all out for 200. Wesley Madhevere scored a well-made 72 and there were a couple of small knocks by Tadiwanashe Marumani (45) and Regis Chakabva (31). However, the rest of the batting was disappointing.

Coming to chase down a target of 201, the Australians comfortably won the game with 5 wickets in hand and 99 balls to spare. However, the Australian opener, David Warner found himself in the middle of a bizarre situation. In the 17th over of their innings, Zimbabwe spinner Sikandar Raza got a delivery to bounce viciously off the deck. The ball missed the outside edge of Warner's bat but the bowling team was convinced that they had their man. After the on-field umpire Rod Tucker denied their out appeal, the Zimbabwean captain decided to go for the review.

Raza FINALLY gets his man.

You can watch the full video of the confusion after Warner's dismissal here.

Warner, on the other hand, started to walk off assuming he was out before DRS ruled out the decision in his favour. As the ball cleared the outside edge, neither Hotspot nor Snicko showed any signs of a spike. Tucker confirmed the third umpire's ruling that there was no edge. A few minutes later, the 35-year-old reached his 25th ODI half-century, needing 57 deliveries to do so. It wasn't long before Raza got Warner's wicket. In the 23rd over, Warner missed a full delivery that slammed into his middle stump, bringing an end to his innings of 55 runs.