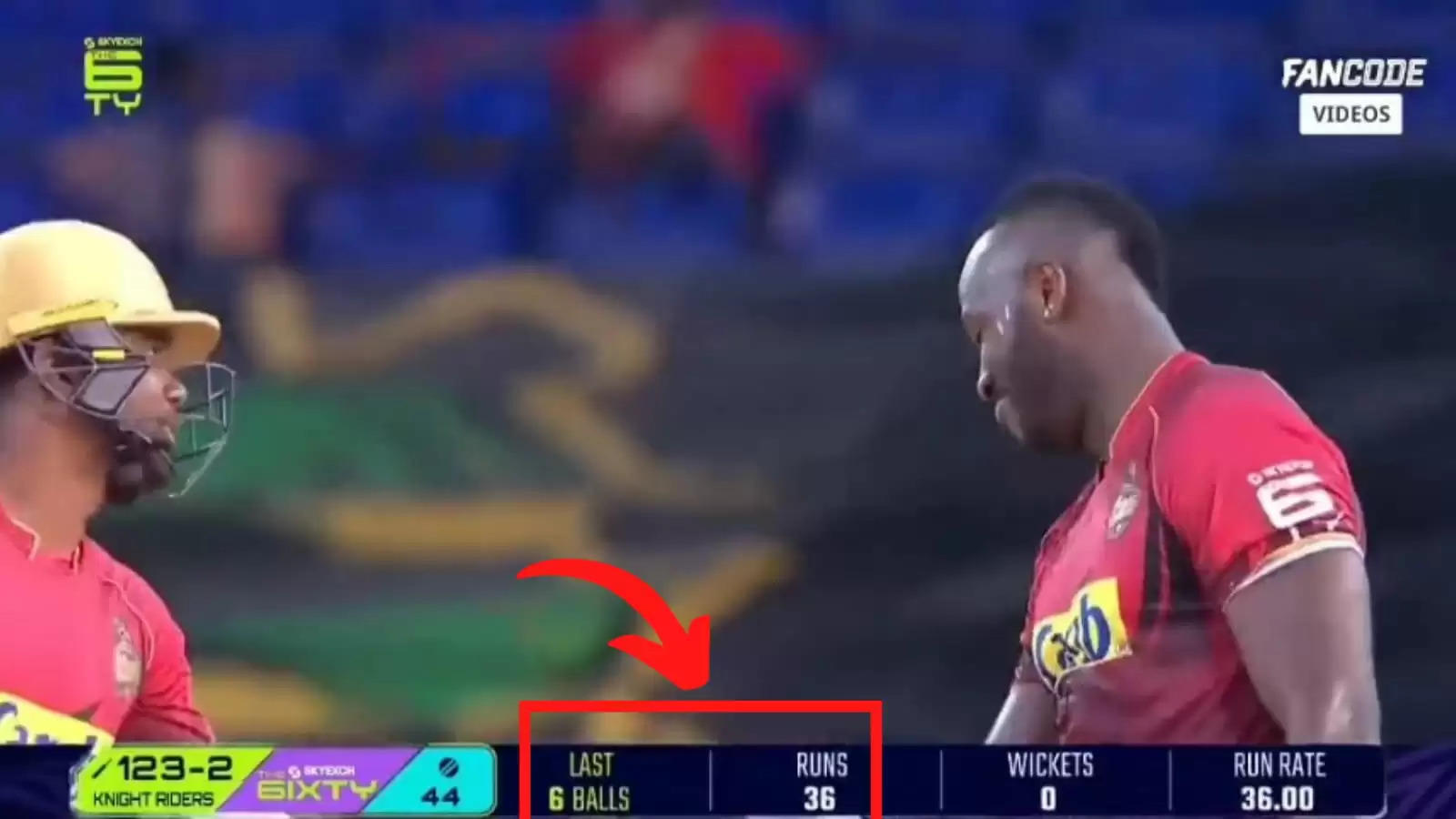 The West Indian all-rounder, Andre Russell is one of those players who can change the game single-handedly. Sticking to his explosive batting style, he amassed 72 runs in 24 balls that helped Trinbago Knight Riders to win the game. What made the innings better was Russell's 6 consecutive sixes. It changed the momentum of the match and was the night's biggest highlight. Interestingly, Russell didn't hit all 6 of the balls in the air in one single over, it was spread across two.

The first six came in the 7th over which was bowled by Dominic Drakes. This was followed by 3 more deliveries ending up the same way. In the 8th over, when Jon-Russ Jaggesar came to bowl, Russell hit sixes on his first two balls to complete his six sixes. He then went on to hit a boundary on the third ball. St Kitts finally took a sigh of relief when Russell got caught by Duan Jansen on the last ball of the over. By the end of their innings, Trinbago Knight Riders had 155 runs on the board.

The match ended in a nail-biting finish as St. Kitts & Nevis Patriots fell just 3 runs short of winning. With one four and seven sixes in a 15-ball 50, Sherfane Rutherford was in excellent shape. Dominic Drakes, who scored 33 runs off just 10 balls, including two fours and four sixes, also displayed some hitting abilities. Jamaica Tallawahs will face St. Kitts & Nevis Patriots in the semi-finals and Trinbago Knight Riders will play against Barbados Royals. Both the semi-finals and the final will be played on 28th August.