Watch: Ball hits roof and falls in 30 yard circle but it is a SIX!

A rare instance of the shot finding the roof top at the Docklands Stadium in Melbourne for the Stars-Renegades marquee fixture in BBL 2022-23.
By Kashish Chadha Sat, 14 Jan 2023 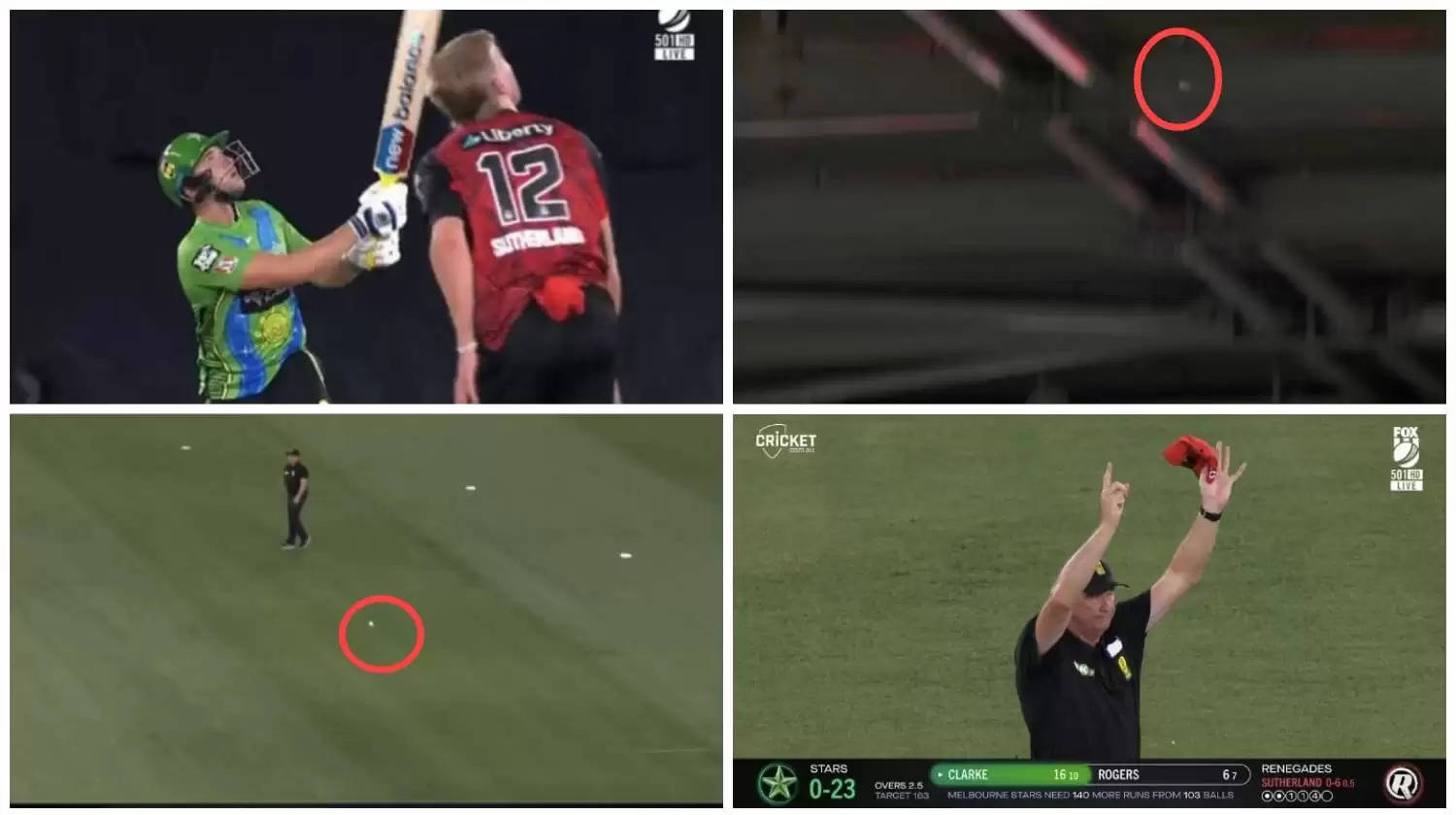 The Melbourne derby fixture in the Big Bash League (BBL) between the Stars and the Renegades on Saturday (January 14) witnessed the rarest of rare occurrence of the ball hitting the roof of the cricket stadium.

Usually held on open grounds, cricket has seldom been played with artificial roofs but the Docklands Stadium in the sporting city provides a unique setting for cricket matches.

The artificial roof on top of the ground that is home to the Renegades witnessed a rare form of six, with the ball hitting the top. Normally that would've been a dead ball but in BBL's latest regulations, the occurrence counts for a maximum of six runs.

This happened when Stars batter Joe Clarke tried to hammer Renegades' seamer Will Sutherland towards the on-side but got a leading edge that kept flying in the air. The ball kept rising up and went on to hit the artificial roof that covers the multi-purpose ground completely in Australia, famous for its baseball culture.

The incident is from the final ball of the third over during the Stars' run-chase. Facing Sutherland from the over-the-wicket angle, right-hander Clarke went for the good old smash towards the deep mid-wicket region on a full-pitched delivery. The ball, however, evaded his downswing and hit on the splice of Clarke's willow.

The leading edge got the ball rising high under lights at the Docklands Stadium, whose roof received the ball on the go and the umpires signalled a maximum to Clarke and the Stars' batting line-up. Usually, a roof hit would amount to a dead ball but under BBL's latest rulings, it's a maximum for the batting side - a contentious rule.

The rule leaves much to be desired on its legitimacy since not all balls hitting the roof would actually go on to sail over the fence if it hadn't collided with it in normal circumstances. The top edge that Clarke got could've been caught on regular venues at the short mid-wicket region. But at the Docklands Stadium, it became a six.