Watch: Ben Stokes floored after bouncer from Marnus Labuschagne hits inside edge and smashes his box

Marnus Labuschagne is setting the County Championship alight with his military medium pace that is quickly garnering fans.
By CX Staff Writer Thu, 12 May 2022 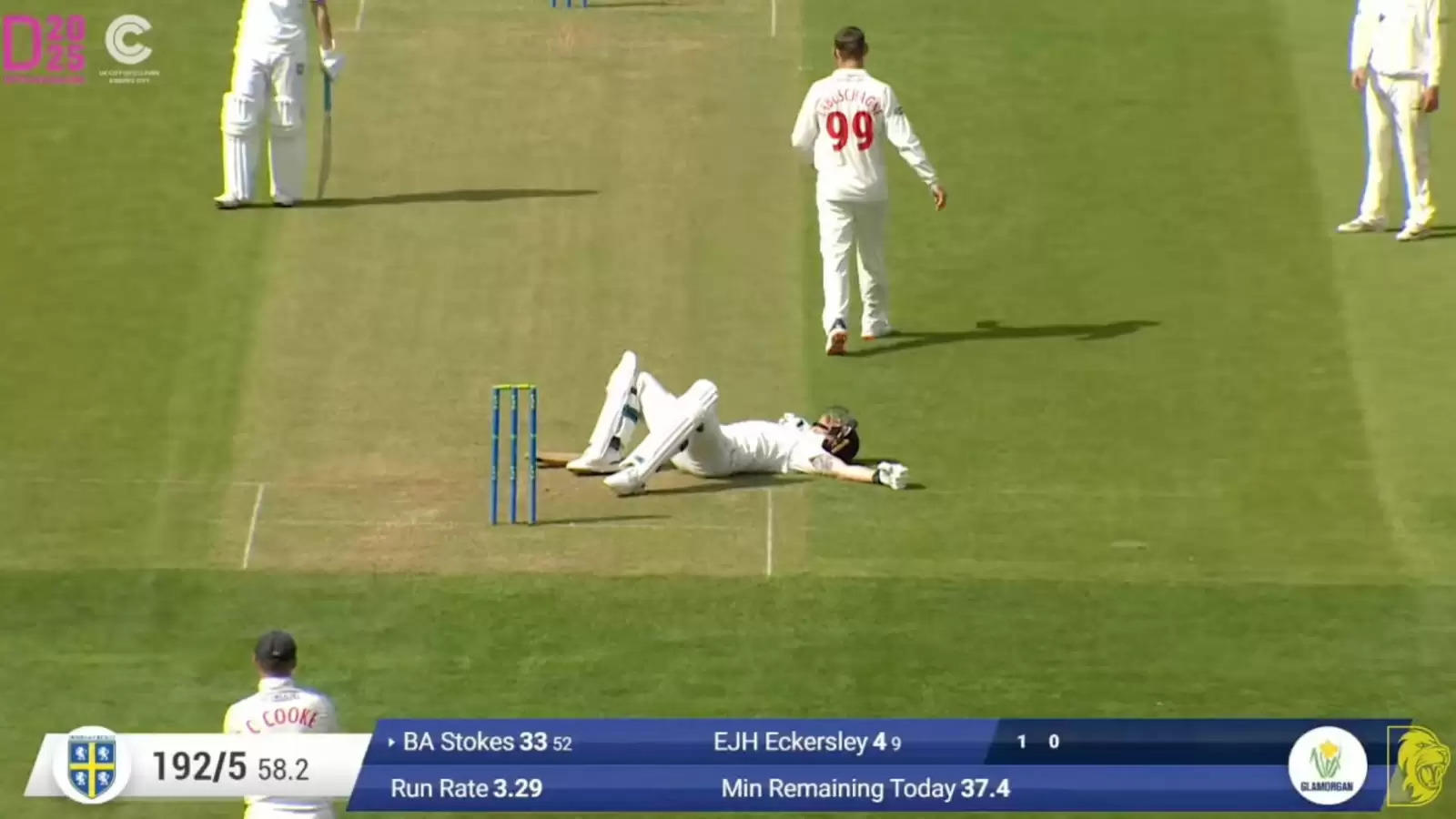 The new England captain Ben Stokes had an interesting moment in the County Championship less than a week after he reeled off eight sixes in 10 balls in the county. Facing the military medium pace of Marnus Labuschagne for Durham, Stokes was early into the pull for a short ball and inside edged it onto his box to be down on all fours.

Labuschagne was quick to rush over to Stokes and was seen also flaunting the ball in the air as though he was proud of the incident given he is usually a part-time leg-spinner.

The Australian was first seen bowling pace in league cricket in Australia a few years back, but it was here in the County Championship that it really garnered more attention with Labuschagne using it to good effect on the more conducive wickets in England.

Ben Stokes is floored after inside edging a Labuschagne short ball into the unmentionables#LVCountyChamp pic.twitter.com/0y3bAxCIBo

Here, Stokes had no clue about the short ball and inside edged it onto his box after getting into the pull shot early.