David Warner was seen responding to a crowd kid’s demand via a note during the first Australia vs England ODI in Adelaide on Thursday, November 17.
By CX Staff Writer Thu, 17 Nov 2022 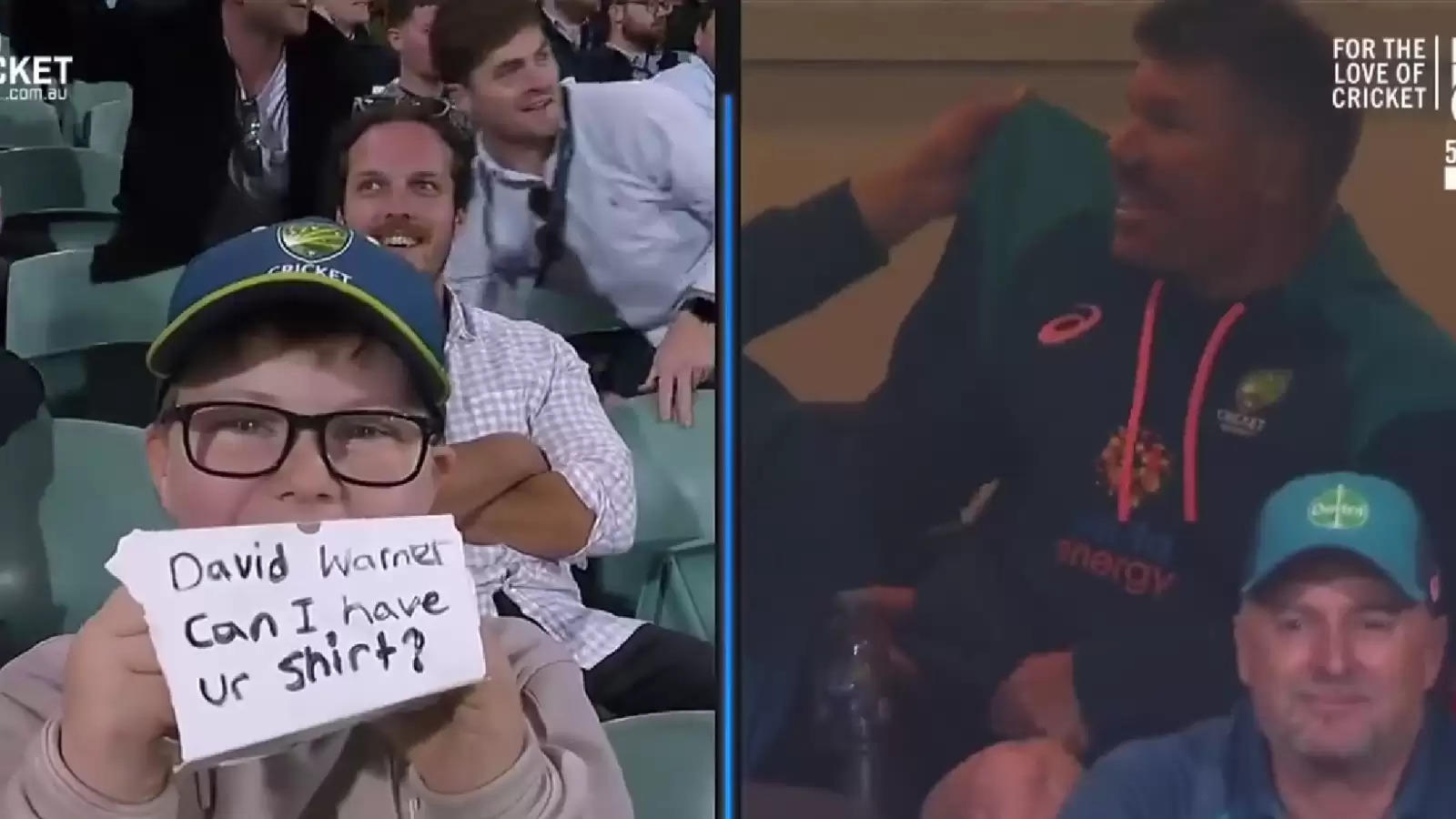 “David Warner, can I have your shirt?”

David Warner and teammate Marnus Labuischagne were involved in an engaging banter with a crowd kid in the first ODI between Australia and England played at the Adelaide Oval on Thursday, November 17.

It all started during the 46th over of Australia’s comfortable run-chase of 288, with the kid seated in the crowd showcasing a placard to the screen, with text, “David Warner, can I have ur (your) shirt?”

Warner, who was seated alongside selector George Bailey and teammates Travis Head and Marnus Labuschagne among others in the dressing room, acknowledged with a smile, and then put forward a placard with a message of his own for the kid, saying “Get one off Marnus.”

Another fan seated next to the kid came up with “Marnus, can I please have your shirt?”. Warner, seated next to Labuschagne, responded with a thumbs-up, signalling the fans to come over with a smile.

An over later, Steve Smith hit a four and a six to finish unbeaten on 80 off 78, guiding Australia to a comfortable six-wicket win. That was after Warner (86 off 84) and Head (69 off 57) had laid the platform with a flying start, adding 147 runs for the first wicket in just 19.4 overs.

Dawid Malan had led England’s charge with the bat first up, scoring 134 off 128 to help the visitors finish at 287/9, on a day when none of their other batters could cross 35, after being put in to bat.

"Fantastic performance, a really team effort," skipper Pat Cummins said on the win. "Everyone came here fresh. Ashton Agar came in after a few days, nice to see everyone step up. We've got plenty of Test cricket coming up, to see Smith play like this was really pleasing. He's been putting in a lot of effort in the nets. Pretty pleased with my bowling performance as well."