David Warner escaped a bowled dismissal even as Yuzvendra Chahal's sharp legbreak brushed the leg-stump.
By Kashish Chadha Wed, 11 May 2022 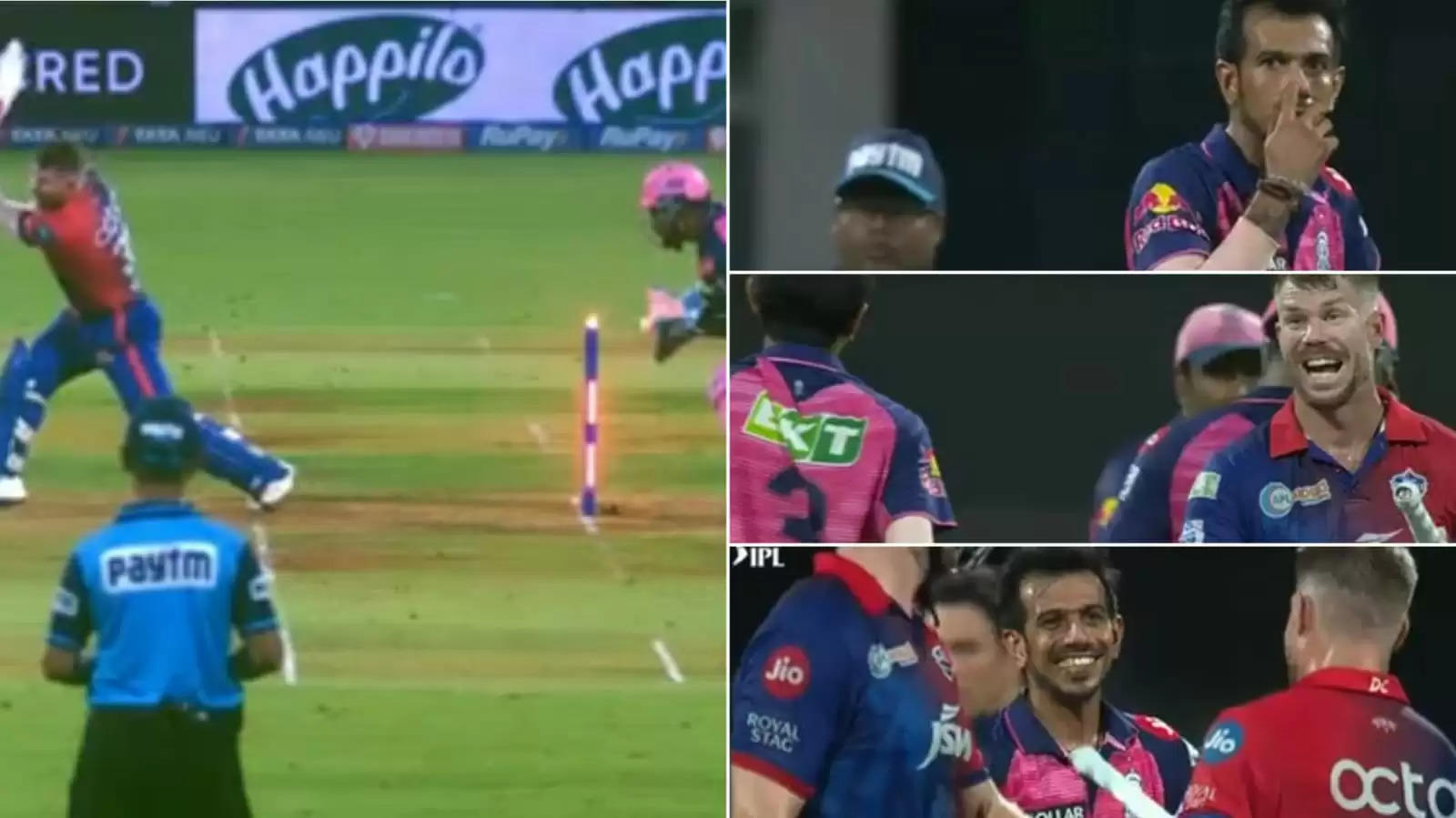 Yuzvendra Chahal nearly had David Warner on a missed shot through the off-side but the bails refused to fall off the three sticks.

Experienced Delhi Capitals (DC) batter David Warner had one of the luckiest escapes seen in IPL 2022, as the left-hander survived a bowled dismissal with the ball hitting the timber without the bails falling off.

In a piece of great fortune, the left-hander continued his innings even as the ball brushed his leg-stump after a missing an attempted drive outside the off-stump in the match against the Rajasthan Royals (RR) on Wednesday (May 11).

Facing RR's veteran wristspinner Yuzvendra Chahal from over-the-wicket angle, David Warner went for a full-blooded drive outside off-stump but was done in by a loopy incomer that dipped on him and defeated his willow to hit the leg-stump.

But much to the shock and disbelief of Chahal and the rest of the Royals fielding unit, including keeper Sanju Samson, the bail refused to come off, allowing the batter to continue his innings.

David Warner survives despite the ball brushing the stumps

The lucky non-dismissal was seen at the close of the ninth over in DC's run-chase. Chasing the target of 161, DC had their stalwart opening batter David Warner batting 22 off 21 at the time on a dry surface providing help to the spinners.

A fine example of the same came on this delivery, with Chahal completely deceiving Warner with a flighted ball outside off that gripped and turned in sharply after pitching.

The ball evaded Warner's willow and hit the splice of the leg-stump, only for the bails to not fall and leave Chahal in absolute disbelief over his misfortune.

What should've been a deserved wicket on a top-class legbreak, ended up being a near-dismissal because the ball made insignificant contact with the stump.

In contrasting emotions from the bowler, David Warner felt relieved to have escaped the dismissal after being done in by a beauty of a ball from Chahal, who was seen having a brief chat with the player, seemingly telling him how lucky he was to survive that one.

The incident may again lead to a question mark regarding the weight of the bails that stay intact on top of the stumps with LED lights. These bails tend to be heavier than the normal bails and take heftier blows to fall off.

According to laws, for a batter to be dismissed the bails have to be dislodged. “The wicket is put down if a bail is completely removed from the top of the stumps, or a stump is struck out of the ground”. A batter is not dismissed if the bails do not fall as “The disturbance of a bail, whether temporary or not, shall not constitute its complete removal from the top of the stumps.”