Watch: Dropped catch, overthrow, misfield and a boundary in the end - Proper village cricket in ECS

An ECS 2022 game in Portugal had one of the funniest incidents seen on a cricket field.
By Kashish Chadha Thu, 5 May 2022 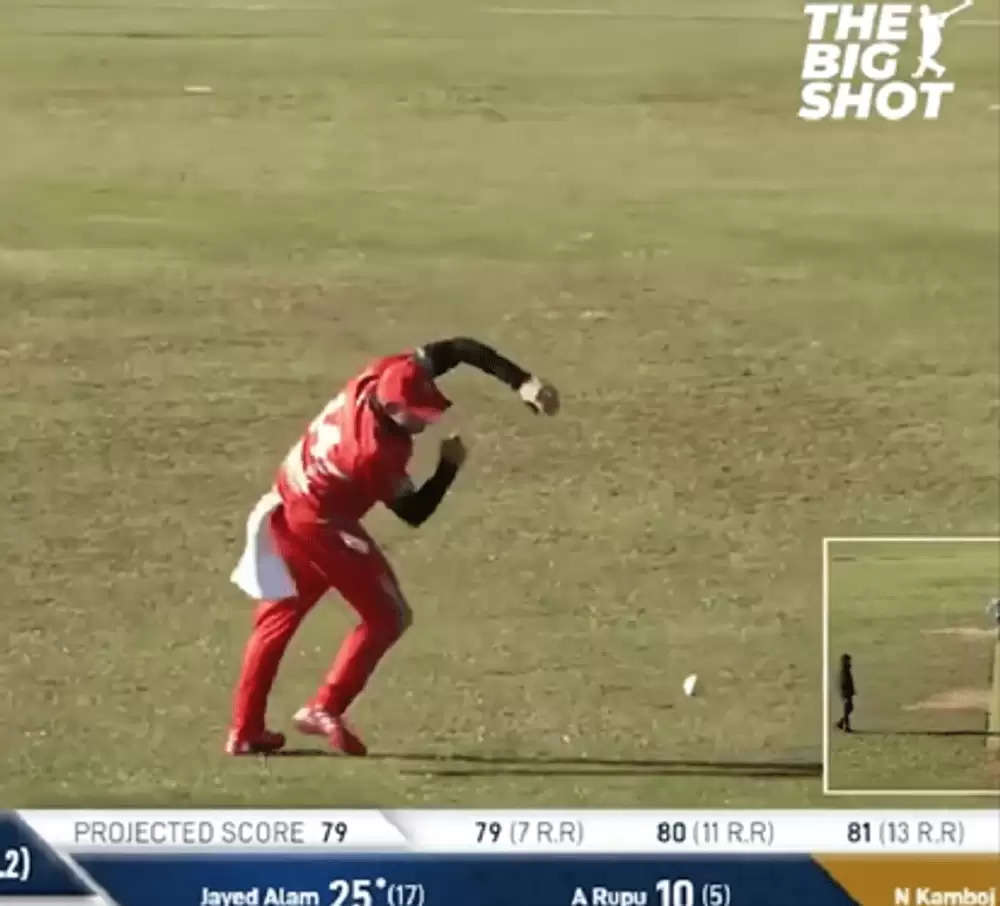 The two-way mishap in ECS 2022 saw a fielder drop a catch and then make an overthrow, which his teammate failed to collect.

A hilarious clip from village cricket in Europe is doing the rounds on Twitter, where a fielding side is seen making multiple mishaps on one ball during one of the European Cricket Series (ECS) in Portugal.

In this ECS 2022 game, a batter miscued his attempted big hit to the mid-on fielder, who ended up making a meal of the catch that came his way and gave the batter a reprieve.

To make matters worse, the fielder then made a horrible throw at the keeper's end. The ball came out of the hands of the fielder flew well over the head of the wicketkeeper, allowing the two batters to get across for two extra runs.

But that wasn't all, the ball went to the deep-third region where the fielder placed behind square on the off-side also made a horrible attempt at collecting the ball. But he got his position wrong and let the ball go between his legs for four runs.

Horrible piece of fielding in an ECS game in Portugal

The clip of the funny incident was posted by European Cricket's official Twitter handle on Twitter this Tuesday (May 3). ECS game played in Portugal saw right-hand batter Jayed Alam went for a big swing of his willow for an attempted six through the on-side.

The batter, however, got a thick edge and the ball flew straight towards the mid-on fielder, who over-ran the potential catch and saw it slip past his head.

It would've been just another catch if not for what followed thereafter, as the fielder then threw the ball back with such force that it kept sailing over the keeper's head, almost running into the deep-third boundary.

The backward point fielder was expected to cover for the ball but to his and everyone's surprise, the fine-leg fielder instead started running at the ball but couldn't control his momentum and twisted in a way that he let the ball go between his legs for extra four runs to the opposition's kitty.

Here's one for you, @ThatsSoVillage 😅

Here's one for you, @ThatsSoVillage 😅

Eventually, the batting side got a rare seven added to their tally, since the two batters had already ran three runs for the overthrow before the ball went over the ropes.