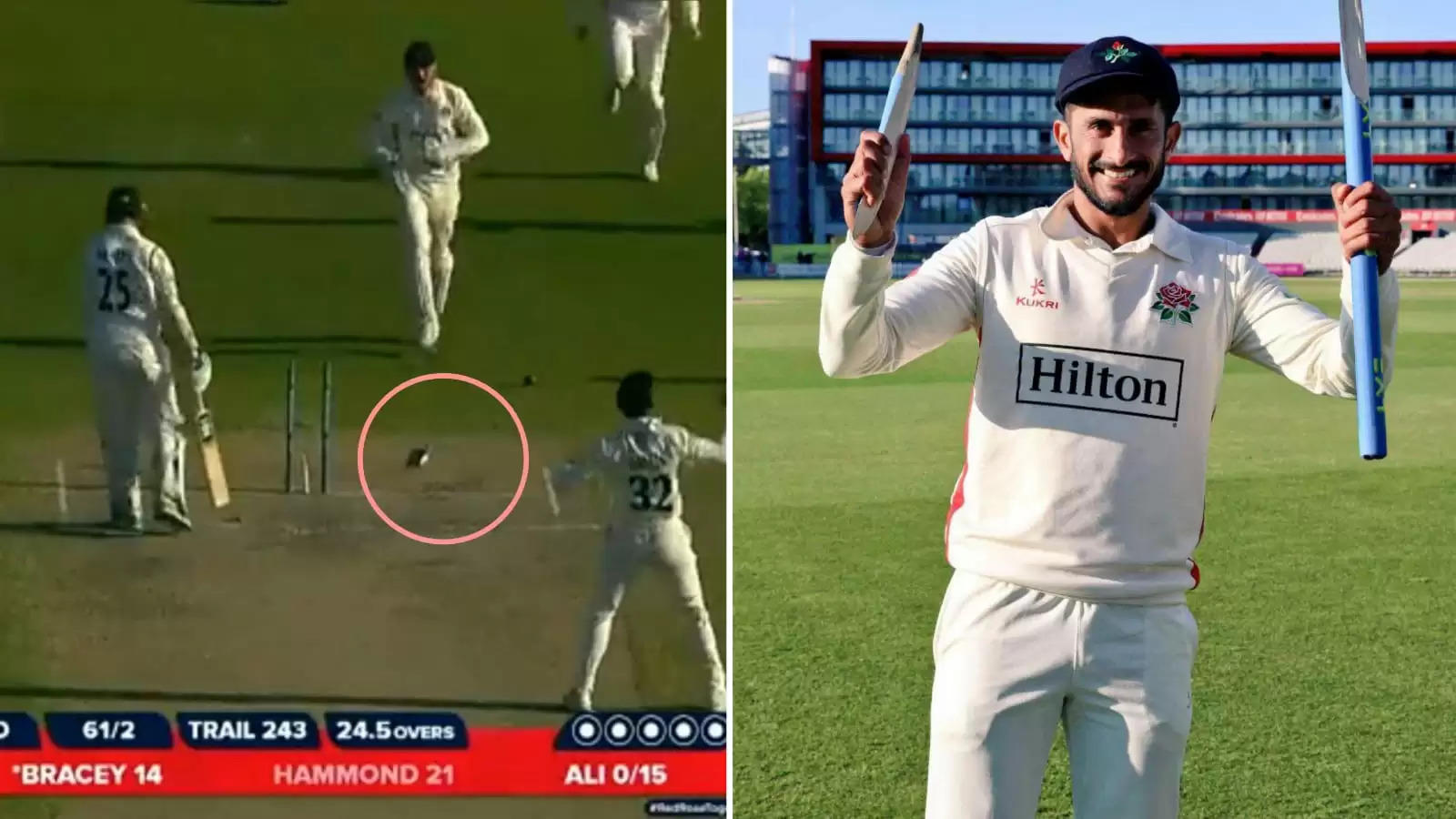 The searing yorker from Hasan Ali proved too good for Gloucestershire player James Bracey in the County game against Lancashire.

Hasan Ali broke the middle stump into pieces with a delivery of great speed and hostility in the County Championship on Saturday (April 23). The Pakistan fast-bowler was at his brutal best on Day 3 of the Division 1 fixture between Lancashire against Gloucestershire.

Hasan got Gloucestershire left-hander James Bracey out with an exceptional yorker that hit the base of the middle stump and broke it in two halves in a moment of great glory for the skiddy right-arm quick.

Even as Bracey was on the look out for a frontfoot defensive push, he couldn't get his bat down in time to cover for the yorker and saw his stump cartwheeling at the iconic Old Trafford ground in Manchester.

Having taken a six-fer in the first-innings, Hasan Ali added another scalp to his kitty for the game as Lancashire punched ahead in their quest for an innings victory.

Hasan Ali gets James Bracey with a peach

The dismissal took place near the close of the penultimate day of the four-day encounter in Manchester. Running in for the final delivery of the 25th over in Gloucestershire's second-innings, Hasan Ali thumped a ball onto Bracey's middle stump.

The yorker from the right-arm seamer proved too good for the opposition wicketkeeper-batter and made him look helpless on his way back to the pavillion. Hasan then unleashed his trademark, dynamo celebrations to boost Lancashire's surge for the win.

It's almost as if Bracey was anticipating a short-pitched delivery from Hasan Ali, with his weight hanging on the backfoot even as the ball arrived right on the base of the front leg.

To avoid a plumb LBW dismissal, he got the front leg out of the way, but couldn't cover for the ball entirely. The ball sneaked through the gap between the two legs while the batter was still going through with his downswing and crashed onto the stump.

In a delightful sight for any fast-bowler, the middle stump cartwheeled off the turf and got broken into two pieces.