The Indian speedster got rid of the Aussie captain with a scintillating piece of bowling in Nagpur during the second T20I.
By Kashish Chadha Fri, 23 Sep 2022 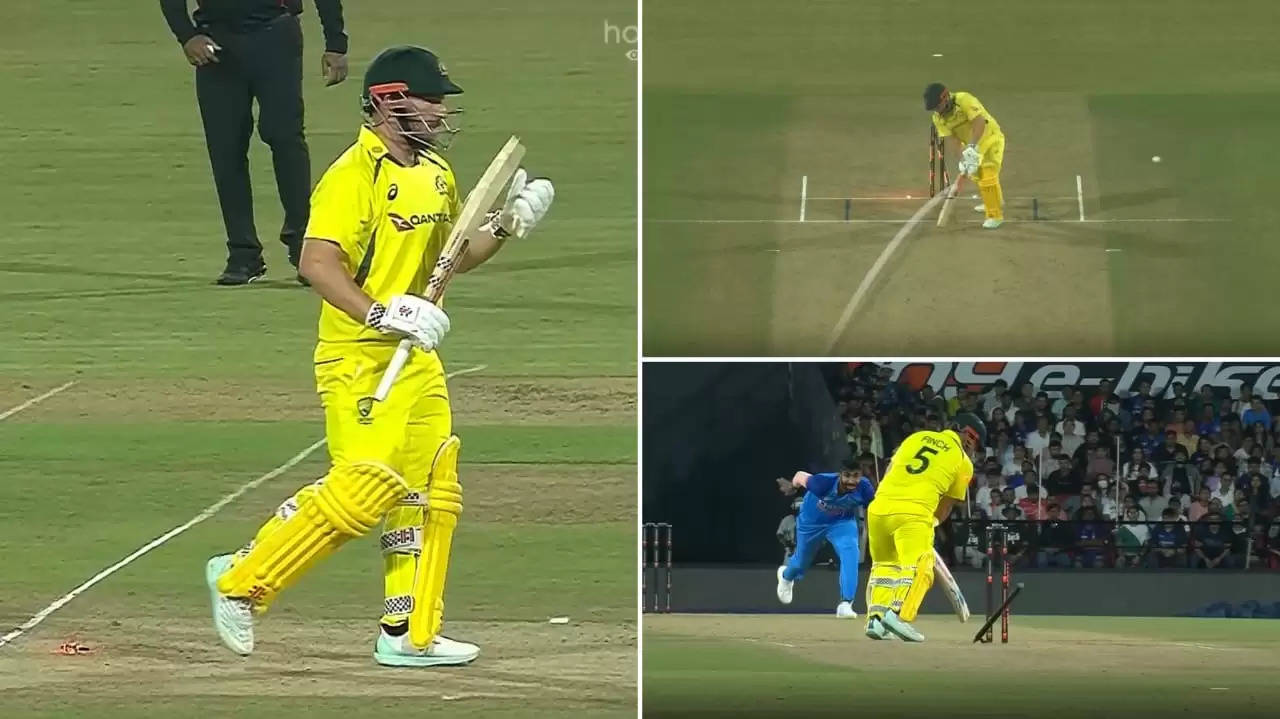 Aaron Finch was outskilled by Jasprit Bumrah via his trademark yorker in the penultimate T20I of the three-match series.

Australian skipper Aaron Finch applauded Jasprit Bumrah after being dismissed by ace India quick off a top-notch yorker in the second T20I of the series in Nagpur this Friday (September 23). Finch appreciated Bumrah's class and pedigree after being sent back to the pavillion.

Bumrah delivered his trademark yorker to get rid of the Aussie opener in his very first over upon comeback to the side after a two-month layoff. The Indian speedster's yorker pinned Finch at the stumps, evaded his downswing and hammered the base of the three sticks behind him.

The pacer got the ball to tail in late into Finch, beating his willow by a fair margin to shatter the middle and leg stump. The dismissal was a statement from Jasprit Bumrah, who missed the opening T20I where India lost a high-scoring thriller in Mohali.

Bumrah reminded the opposition of his quality and presence at the ground, leading India's fightback, which got even Finch to laud his effort as he was about to walk off the ground.

Jasprit Bumrah gets Aaron Finch with a peach

The incident happened at the close of the fifth over in the Australian first-innings with the bat. Facing the great Indian seamer, Aaron Finch was outdone by a pinpoint Jasprit Bumrah yorker and was left in awe by the mastery involved behind the delivery.

He raised his bat and used it for clasps with the other hand, letting Bumrah know even his opponent was impressed by his genius.

Finch was trying to make room for himself initially to try and get underneath the ball or at least be able to carve it across the off-side. But the speed that Bumrah generated through the air, with some late inswing, made it nearly impossible for the batter to execute his stroke.

The Aussie skipper was left speechless by the dismissal and had no option but to nod in awe of Bumrah, who gave another strong example of his quality and skill under pressure for India in what happened to be a rain-marred eight-over game.