WATCH: Jos Buttler runs all four despite missing out on a boundary in RR-KKR game

Jos Buttler was involved in a rarest of rare instance of four runs being ran on an Indian ground in IPL 2022.
By Kashish Chadha Mon, 18 Apr 2022 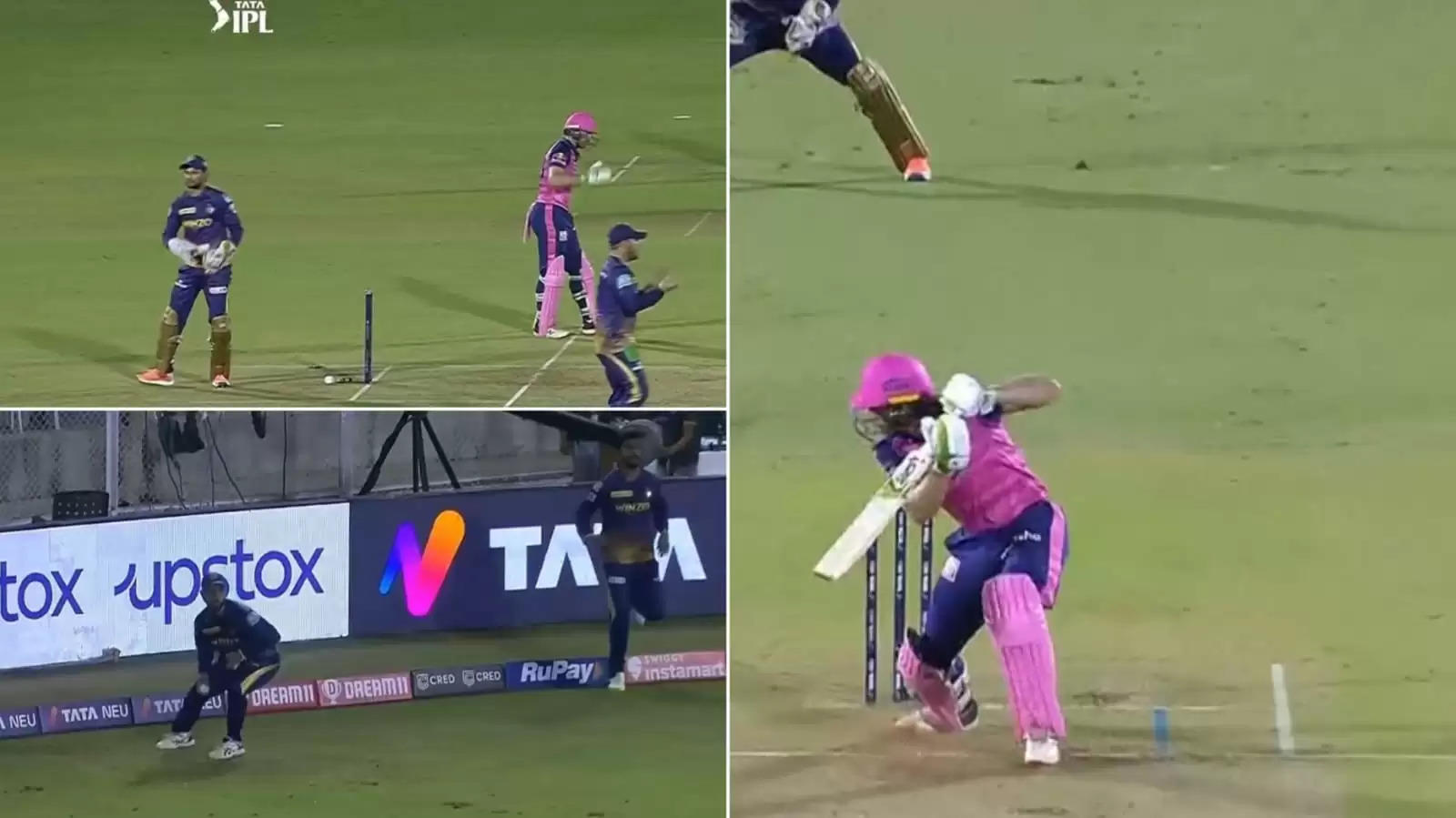 Jos Buttler was on Monday (April 17) involved in the rarest of rare instances of running all 4 runs in an IPL 2022 game on an Indian ground against the Kolkata Knight Riders (KKR). The explosive Rajasthan Royals (RR) missed out on a boundary but eventually ended up getting the desired 4 runs off the delivery.

The English right-hander squeezed a yorker from KKR pacer Umesh Yadav through the backward point region and looked like securing a boundary when opposition fielder Venkatesh Iyer tapped the ball just before it makes contact with the ropes.

Having already gotten across for a two by the time Iyer pulled the ball back inside the playing arena, Jos Buttler and his opening partner Devdutt Padikkal got time to add two more runs to their kitty, as fellow fielder Nitish Rana took time to grab the ball and made an insufficient throw towards the keeper.

While Iyer made a valiant feast of the first half of his fielding act, his fielding partner was slightly slow off the turf and threw the ball poorly at the keeper's end. The fourth run could easily have been tight, provided Rana's throw from the deep came as quickly as Iyer got around the ball.

Watch: Lockie Ferguson breaks Ambati Rayudu's bat into two; throws back piece of bat at him with a smile

But the ball took time to reach the batting end and bounced to keeper Sheldon Jackson, which meant that by the time Jackson threw the ball at the stumps, the diving Jos Buttler was well inside the crease to complete a rare four in an IPL game, especially on relatively small-sized Indian grounds.

Despite the ball crashing onto the stumps, Jackson didn't make an appeal with the on-side umpire, recognising that Jos Buttler had made his ground by the time he finished off his part of the attempted run-out.

He was never at fault, of course, neither was Iyer, for quickly sprinted towards the boundary and ensured it wasn't a direct 4 with the ball hitting the rope. It was Rana, whose throw was slow through the air and even bounced on the turf to give Buttler and Padikkal enough time to squeeze the extra run.