The young wicketkeeper-batter invoked the feelings of watching the legendary Indian glover at his peak, pulling off two exceptional run-outs in the Nepal T20.
By Kashish Chadha Wed, 28 Dec 2022 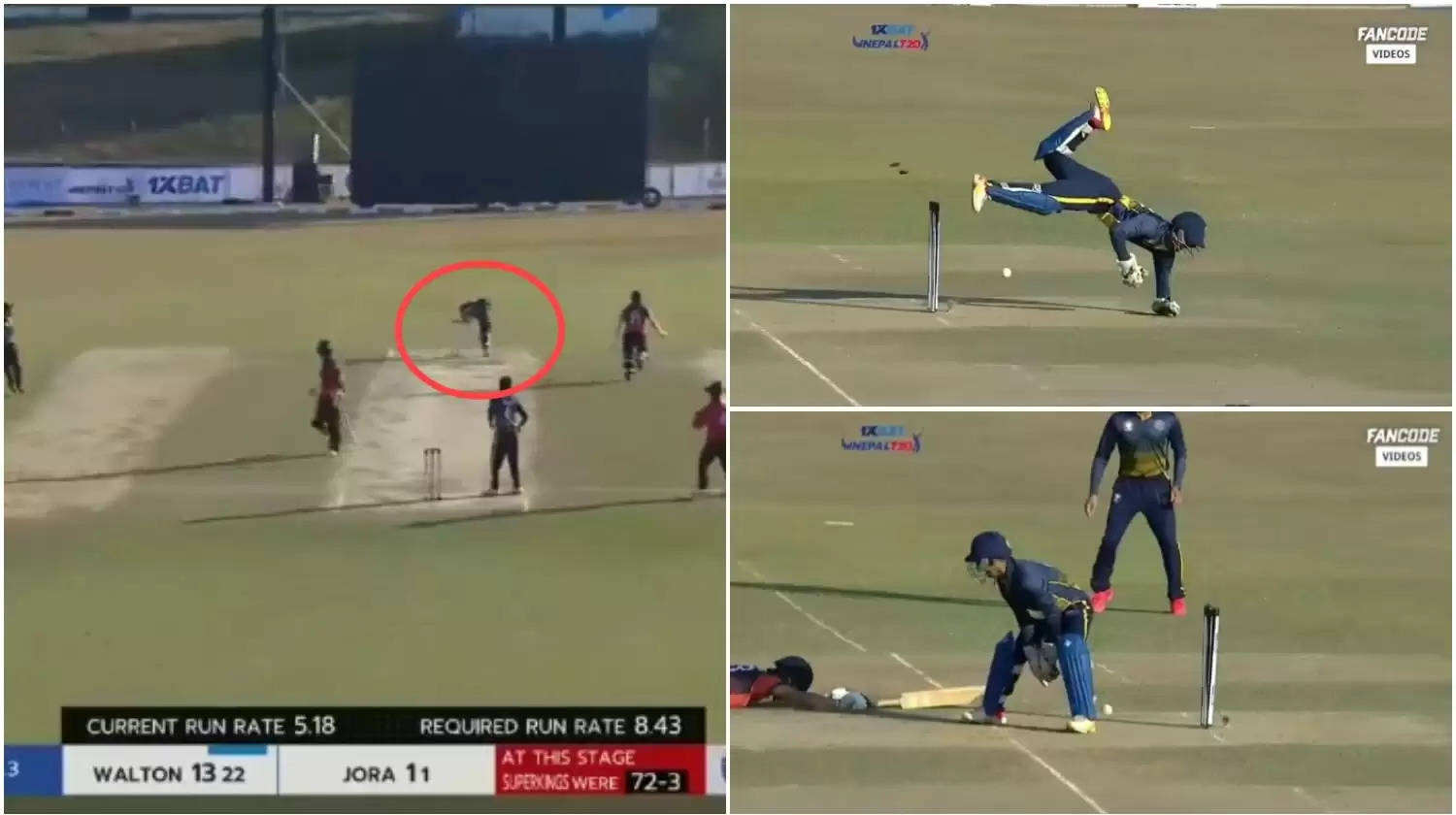 The inaugural edition of the Nepal T20 league saw wicketkeeper Arjun Saud display excellent athleticism behind the stumps, which invoked the great MS Dhoni in his pomp for the set of commentators covering the fixture.

Saud came up with two exceptional pieces of keeping and inflicted two great run-outs for his team in Nepal's premier domestic T20 competition. On both occasions, Sad reminded the viewers and the commentators of Dhoni, with his unique style with the gloves.

Playing for Biratnagar Super Kings in Match 6 of the Nepal T20 against Janakpur Royals, the young keeper got opposition's middle-order duo Sundeep Jora and Rajesh Pulami out in unique set of run-outs on display to the fans.

As for the first, Arjun Saud resurrected a misdirected throw from teammate Sikandar Raza to find Jora just short of the batting crease, while in the second he collected a throw from the deep, and literally pulled off a blinder by directing the ball towards the stumps beneath his legs, with his back facing the stumps.

Arjun Saud does a 'MS Dhoni'

Facing left-arm spinner Shahab Alam's full-pitched delivery, Janakpur right-hander Chadwick Walton tapped the ball to vacant silly point region and called Jora for a quick single. The ball, unfortunately for him, went to short-third fielder Raza, which triggered a sense of hesitation, leading to a mix-up between the two cricketers.

Jora did reach the other end but not before an outstanding piece of run-out from Arjun Saud, who dived full-stretched in the air to collect Raza's throw, which had initially gone past the stumps. The keeper pulled his hand out to regain the ball and back-flipped it towards the stumps to complete the run-out.

Two brilliant pieces of wicketkeeping by Arjun Saud in the same match!

In the next piece of genius from Saud, Pulami became his victim after being slow to get back on for a two. The right-hander hit Alam for a sweep towards mid-wicket, where even though Bibek Yadav juggled for a bit, he was quick to throw the ball to the wicketkeeper.

Saud once again invoked the legendary MS Dhoni by aiming for the sticks between his legs and executing the throw to perfection despite his back against the stumps. It meant no respite for Pulami, who was anyway late in his attempt for a two.