The Australian left-arm pacer once again warned a guilty non-striker to refarm his guard without going ahead with the run out at the other end.
By Kashish Chadha Thu, 29 Dec 2022 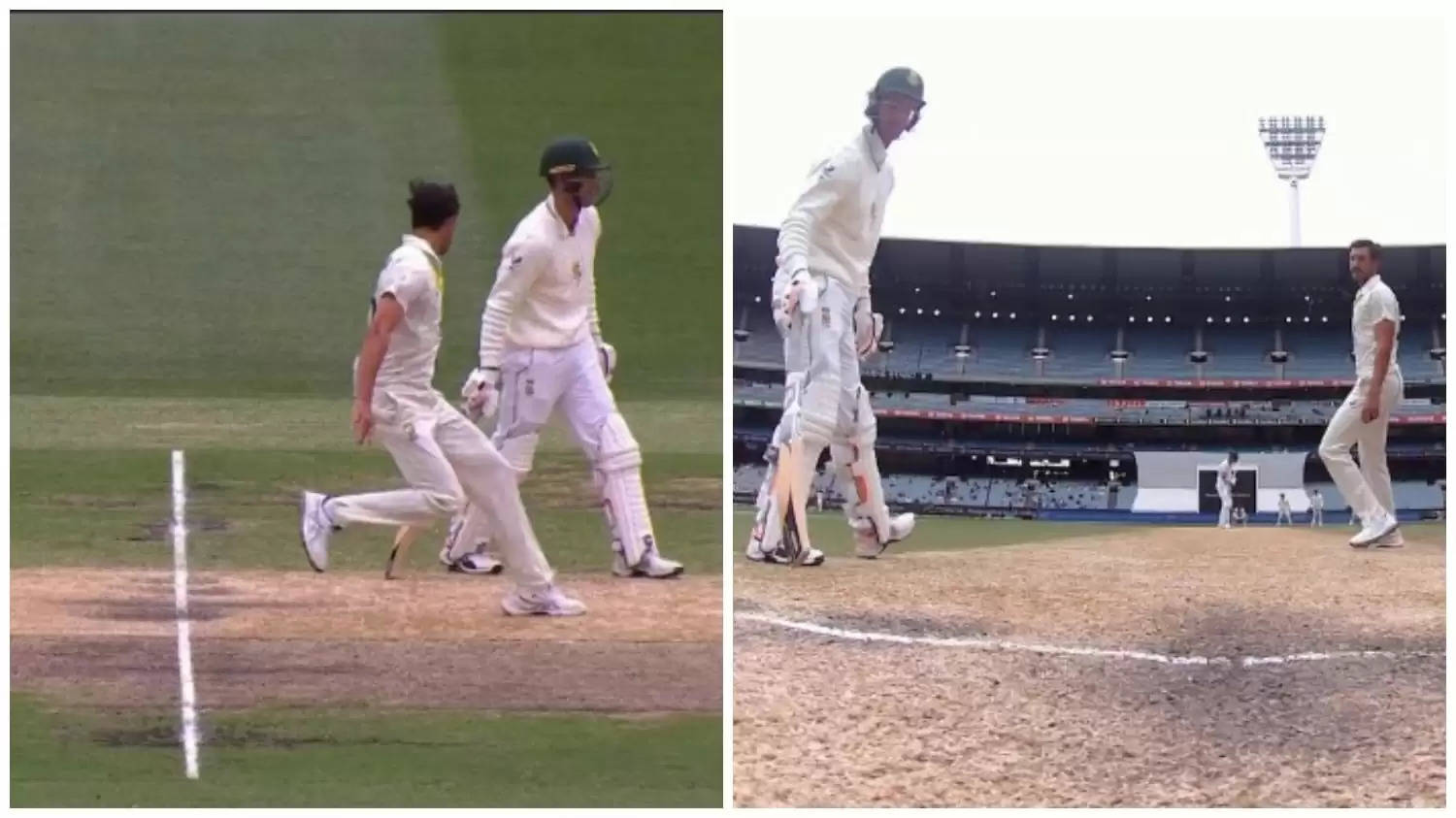 Mitchell Starc was once again seen issuing a warning to a non-striker for a potential run-out at the other end on Day 4 of the Boxing Day Test against South Africa. The Australian left-arm seamer urged Proteas' top-order player Theunis de Bruyn to get back in his crease even as there was an opportunity for him to run the player out.

The incident took place in the first session of play when Starc stopped short of delivering the fourth ball of his 10th over to South African batter Temba Bavuma. The stoppage was due to a sighter of De Bruyn, whom the Aussie quick found well outside the popping crease.

The side-on angle confirmed that the Proteas batter was already standing outside even as Mitchell Starc was yet to hit his delivery stride, which made him liable to be run out at the non-striker's end. But Starc didn't go ahead with the run-out, instead, he only warned the batter to stay behind the white line.

The incident reinforced Mitchell Starc's run out against going ahead with the run out at the non-striker's end even as the game's law support the act of dismissing the batter at the other end if he happens to meander outside the crease before the ball has been delivered.

Make no mistake, this is Mitchell Starc issuing some warning for the 2023 Ashes - "stay in the crease, it's not that hard" 🔥🔥🔥#AUSvSA #AUSvsSApic.twitter.com/e2foqkBm24

That amounting to an act of stealing few crucial inches in the batter's attempt to get back at the batting end only justifies the longstanding regulation, with the ICC recently detaching the taboo associated with the form of dismissal and putting it formally in the 'run out' section of its adopted law book.

Previously, the rule was part of the 'Unfair Play' on the part of the batter, compelling him to stay intact in the crease while the bowler is delivering the ball.

But as long as we have bowlers who remain wary of running out the culprit, and settle with issuing warnings, we'll continue to have batters trying to steal extra inches on their way to completing their attempted run.