The Indian seamer got off to an excellent start to his County Championship stint with Warwickshire
By Kashish Chadha Tue, 13 Sep 2022 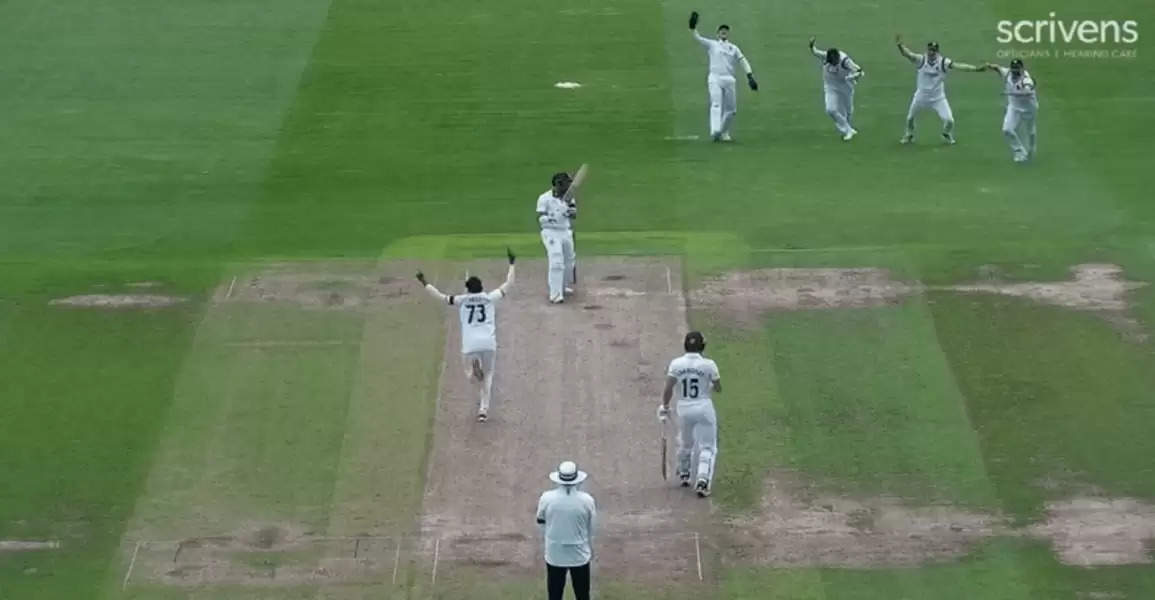 Mohammed Siraj made a special start for Warwickshire, delivering a five-fer in his very first game for the club.

Mohammed Siraj made a terrific start to his County Championship stint with Warwickshire, registering a five-wicket haul in the first-innings of his team's Division 1 fixture against Somerset.

Siraj ran through the opposition batting unit at his new home base in Edgbaston, ending with figures of 5 for 82 off his 24 overs.

The Indian right-arm quick's maiden five-fer in Championship cricket helped Warwickshire dismiss Somerset for a modest 209 after losing the toss and being asked to bowl first.

Through his impressive outing with the ball, Mohammed Siraj made an excellent first impression in the Warwickshire jersey, kicking off his three-week county stint in grand fashion.

Mohammed Siraj's five-fer was glint with the impressive usage of the swing that the bowler generated with his uniquely-built bowling action, operating with the shiny red Dukes ball.

Siraj got some balls to tail into the batters and some to jag away late, unleashing a great mix of deliveries that proved too good for the Somerset batting unit.

The highlight of his spell was the wicket of Pakistan opening batter Imam ul Haq, whom Siraj got out edging a widish delivery outside the off-stump. That was also the first wicket of the Somerset  first-innings.

The pacer soon backed that up with a wicket off a surprise bouncer against George Bartlett, who could only hit a miscued pull shot to the deep square leg region.

Inspired by the pair of early wickets next to his name, the young Indian pacer then dismissed James Rew LBW with a beautiful inswinger.

Siraj rounded off his five-fer with a pair of wickets infront of the three sticks with perfect incomers against right-handed duo of Lewis Gregory and Josh Davey.

Mohammed Siraj finishes with figures of 24-6-82-5 as Warwickshire bowl Somerset out for 219. #LVCountyChamp pic.twitter.com/jneZp5ZcDj

It was Mohammed Siraj's maiden five-fer for Warwickshire in what happens to be a critical County Championship stint for the seamer.

Often criticised for his lack of control and consistency at the Test level, Siraj has chance to learn the skill of retaining his swing both ways without compromising on the run-scoring.

After the match against Somerset, he will play Warwickshire's last two Division 1 games against Gloucestershire and Hampshire before returning to India.