Watch: Navdeep Saini unleashing the scoop-flick in the One Day Cup in England 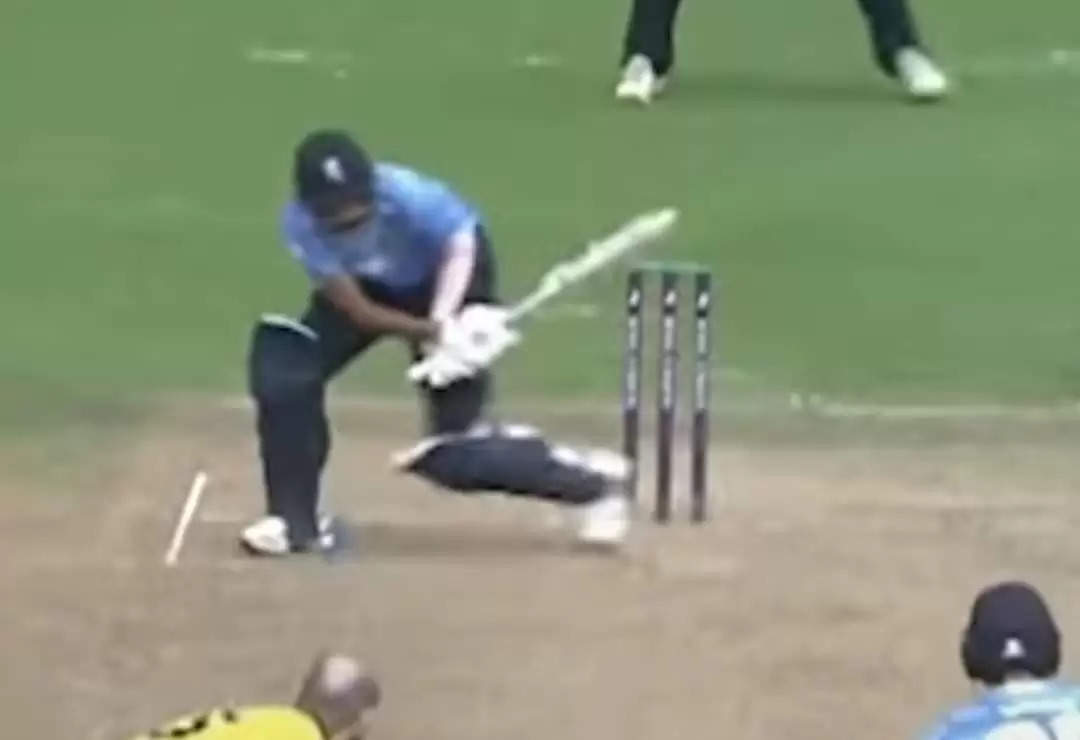 Batting No.11 for Kent, Navdeep Saini showcased his batting capabilities with an exceptional shot.

Navdeep Saini is making his presence felt with the ball and the bat for Kent in his ongoing county stint in England. The Indian pacer was seen showing off his batting capabilities in the Royal London One-Day Cup on Thursday (August 4).

Saini played an adventurous scoop shot in the 50-over game against Glamorgan at the Sophia Gardens in Cardiff. The lower-order batter provided finishing touches to the Kent innings with a fantastic boundary through the deep square-leg region.

Facing left-arm pacer Jamie McIlroy from the angle into the right-hander, the Kent No.11 played a skilful stroke that added critical four runs to his team's tally.

Not quite considered reliable with the bat in hand, Navdeep Saini showed he can do a handy job by hitting McIlfroy for a boundary which helped Kent reach a stiff first-innings score of 304/8 in their allotted 50 overs.

The shot was seen off the penultimate ball in the Kent batting effort. Facing McIlroy from the around-the-wicket angle for the left-armer, Navdeep Saini turned the bowler's attempted slower ball into a scoring opportunity and went for a scoop that fetched him four runs.

Gauging the full-length ball early, Saini shuffled further to his right to create space for himself and got underneath the delivery before dispatching it for a boundary through the deep square-leg region.

Impressively, at no stage did Saini look uncomfortable going through with his shot, playing it like a specialist batter would've in the end-overs stage. The seamer would've taken immense satisfaction out of the stroke, especially as it helped Kent inch over the 300-mark.

Kent cricket club made a point to share a clip of the magnificent shot over their Instagram handle with the fans, before Navdeep Saini's IPL franchise Rajasthan Royals (RR) joined in the fun.