Suryakumar Yadav played a match-winning hand in the third T20I in St Kitts against the West Indies.
By Kashish Chadha Wed, 3 Aug 2022 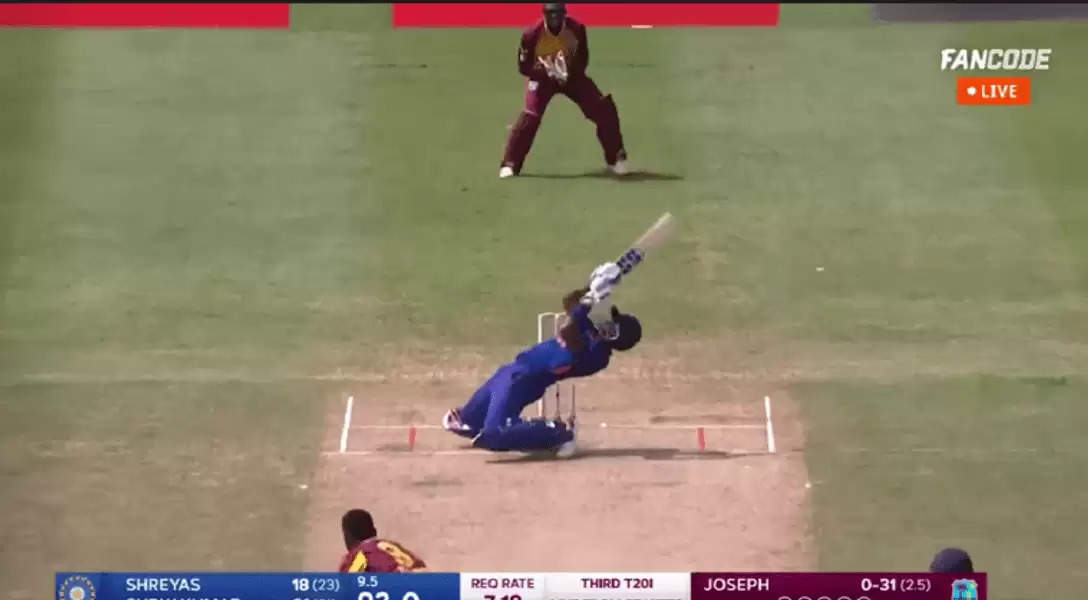 Failing in the first two games, Suryakumar Yadav came roaring back to form with a fantastic knock in the third T20I.

After twin failures at the start of the T20I series against the West Indies, Suryakumar Yadav returned to scoring ways with a bang in St Kitts on Tuesday (August 2). The right-hand batter finally warmed up to the challenge of opening the innings with a high-class knock of 76 runs in India's win.

Yadav produced an exhibition of incredible strokeplay through his 44-ball stay and helped India chase down the target of 165 in the third T20I, regaining a lead in the five-match series.

Going at a jaw-dropping strike rate of 172.73, the batter's knock featured 8 fours and 4 sixes, enabling India's surge to a win with seven wickets intact and an over still left in the game.

The knock would've been a personally satisfying one for Suryakumar Yadav, whose promotion up the order and successive failures had fallen under scrutiny and raised question marks towards the Indian team management led by head coach Rahul Dravid.

Suryakumar Yadav played some scintillating shots throughout his knock, with the highlight being the way he drove and lofted the ball over the infield for fours and sixes. But perhaps the most exciting of the lot was how he ramped the ball for a boundary against West Indies' quickest speedster Alzarri Joseph.

Almost down on his haunches when he played the stroke off a bouncer from Joseph, Yadav's ramp made for a picturesque stroke that sailed over the head of wicketkeeper Devon Thomas for a boundary.

The ease and swagger with which he played the shot made for delightful viewing for the fans and even the commentators covering the match on the ground.

How good was that shot from @surya_14kumar? Let us know in the comments.

How good was that shot from @surya_14kumar? Let us know in the comments.

With Joseph's bouncer cramping Suryakumar Yadav for room, the shot was extremely difficult to execute. But Yadav did it effortlessly, showing his undoubted skill and range against fast bowling. An area of remarkable improvement for a player that used to struggle against it at the start of his domestic career for Mumbai.

It was a knock that also reinforced the batter's importance to India's T20I set-up ahead of the T20 World Cup in Australia.