The Pakistan wicketkeeper-batter was captured staring at his better half from the middle of the playing arena during his match-saving act in the Karachi Test.
By Kashish Chadha Wed, 11 Jan 2023 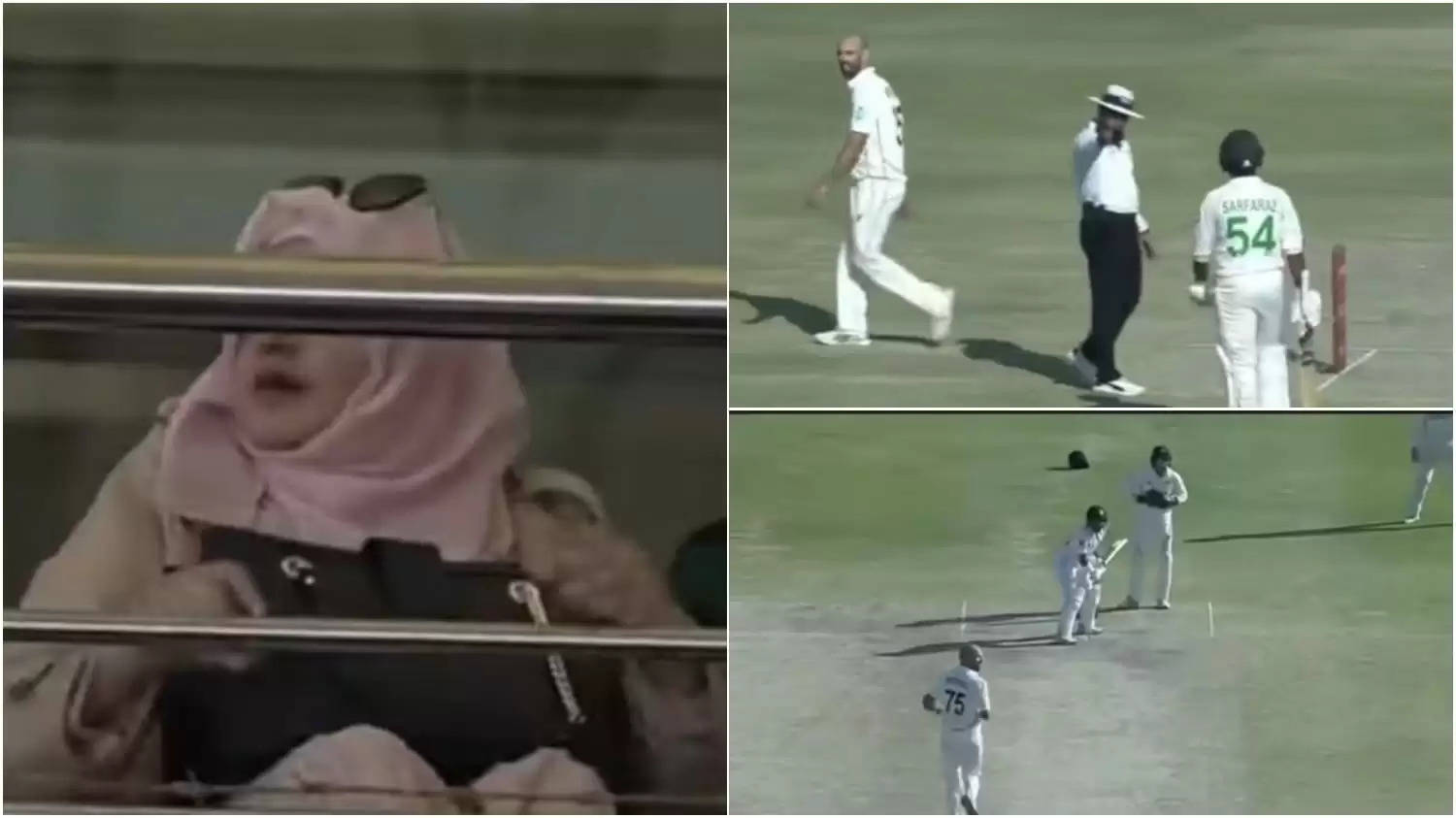 Sarfaraz Ahmed was the hero for Pakistan in their two-match Test series against New Zealand. The comeback man emerged as the 'Player of the Series' for his critical runs made in the toughest possible situations for his team.

If not for Sarfaraz, who replaced Pakistan's original first-choice glover Mohammad Rizwan after nearly four years spent on the bench, the hosts would've easily lost one of the two Tests against a spirited New Zealand side rather than keeping them at bay with a 0-0 scoreline.

The former Pakistan skipper finished the series as its top-scorer with 335 runs made over four innings at an average of 83.75. Two knocks particularly stood out. In the first Test, Sarfaraz Ahmed's first-innings 86 came when Pakistan were vulnerably placed at 110/4.

The player bettered that feat with a match-saving 118 off 176 on the final day's play of the second Test Karachi, helping Pakistan avoid a disappointing series loss and the ignominy of losing three consecutive Test series on home shores.

It was during this innings a funny incident took place at the National Stadium. As Kiwi allrounder Daryl Mitchell came on to bowl, the medium-pacer stopped mid-way through his action after seeing Sarfaraz Ahmed looking in the complete opposite side of the playing arena.

The wicketkeeper-batter, who was already standing way outside the pitch  towards the on-side, was seen staring at the giant screen placed at the stadium and turned around after umpire Aleem Dar had a quick word with, while Mitchell stopped on his way from delivering the ball to Sarfaraz's batting partner Saud Shakeel.

Watch: Dewald Brevis hitting it straight down the ground for six in SA20 league

It wasn't initially known what the player was looking at. However, as it turned out, it was actually his wife whom Sarfaraz Ahmed was staring at from far in the middle of the ground.

As the cameras zoomed into his better half, Sarfaraz was seen looking at her from a distance, forgetting for a moment that he is required to focus on the play at hand.

Even he carried a sheepish grin about it, when the New Zealand fielders and umpire Dar asked him reswitch his focus and attention to the play.