Watch: Dewald Brevis hitting it straight down the ground for six in SA20 league

The rising young South African batting talent showcased his encouraging ability with a prized knock for MI Cape Town in the first game of the SA20 league.
By Kashish Chadha Wed, 11 Jan 2023 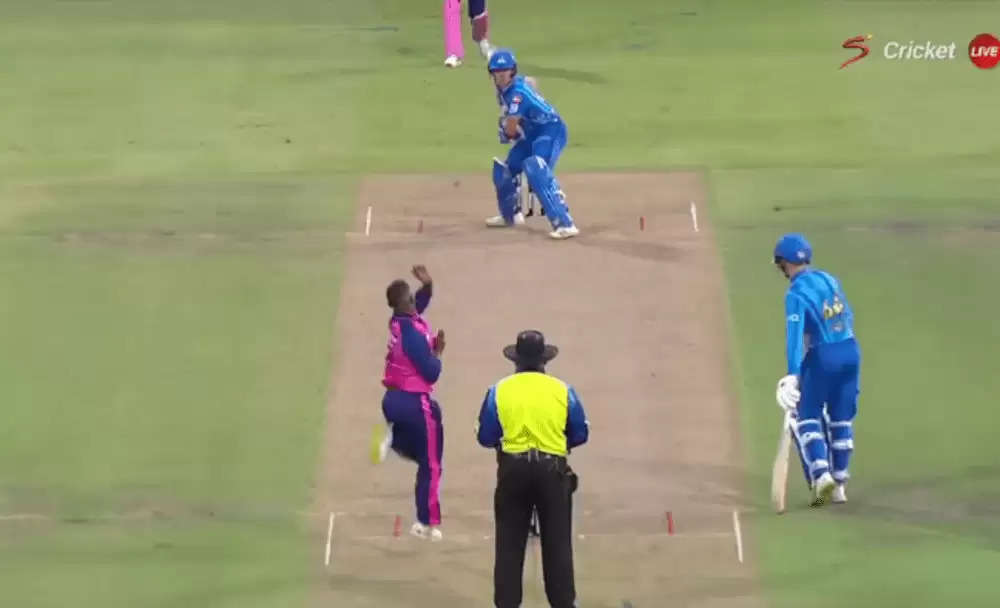 Dewald Brevis was in his elements in the opening game of the inaugural SA20 league 2023 on Tuesday (January 11). South Africa's rising young batting talent smashed his way to an unbeaten 72 off 41 deliveries for MI Cape Town.

Opening the batting against Paarl Royals, Brevis hammered the bowling all parts, finding 4 fours and 5 sixes in his match-winning effort at the top of the order. The right-hander proved too good in MI Cape Town's mighty successful run-chase, helping them chase down the modest 143-run target inside just 16 overs.

Dewald Brevis helped his team dominate the powerplay, which eased the proceedings significantly for MI Cape Town and allowed them to coast home with eight wickets intact. There were floury of great strokes in the youngster's knock but one stood out and captured everyone's eyes.

It was a six hit off Ferisco Adams straight down the ground, nearly sailing over the iconic ground in Cape Town. The venue at Newlands suddenly had a tiny-sized boundary feel about it as Brevis found the perfect connection and elevated the ball for a maximum over long-on.

The elegance of the stroke amazed the fans as Dewald Brevis dispatched Adams with utmost ease on the second ball of the 10th over in the MI Cape Town run-chase.

Anticipating a fuller ball from the right-arm seamer, the South African young gun moved ever so slightly across to the off-side and just stood down to connect one of the most pleasing sixes you would see throughout the tournament.

The ball found the sweet spot on the willow and kept sailing over the straight boundary at Newlands in another shining example of the powerhitting abilities that fans have come to expect from the 19-year-old super talent.

Brevis, who is part of Mumbai Indians (MI) in the IPL, is carrying the mantle for the franchise in SA20, too, via his association with MI Cape Town. The promising young talent has had a great start to the competition and will be eyeing a fruitful campaign with impactful runs for his team.