Watch: Another bizarre intervention of play as scooter halts proceedings in Southampton

A notorious kid came on the ground and even the playing surface with his scooter in the middle of a club match.
By Kashish Chadha Tue, 10 May 2022 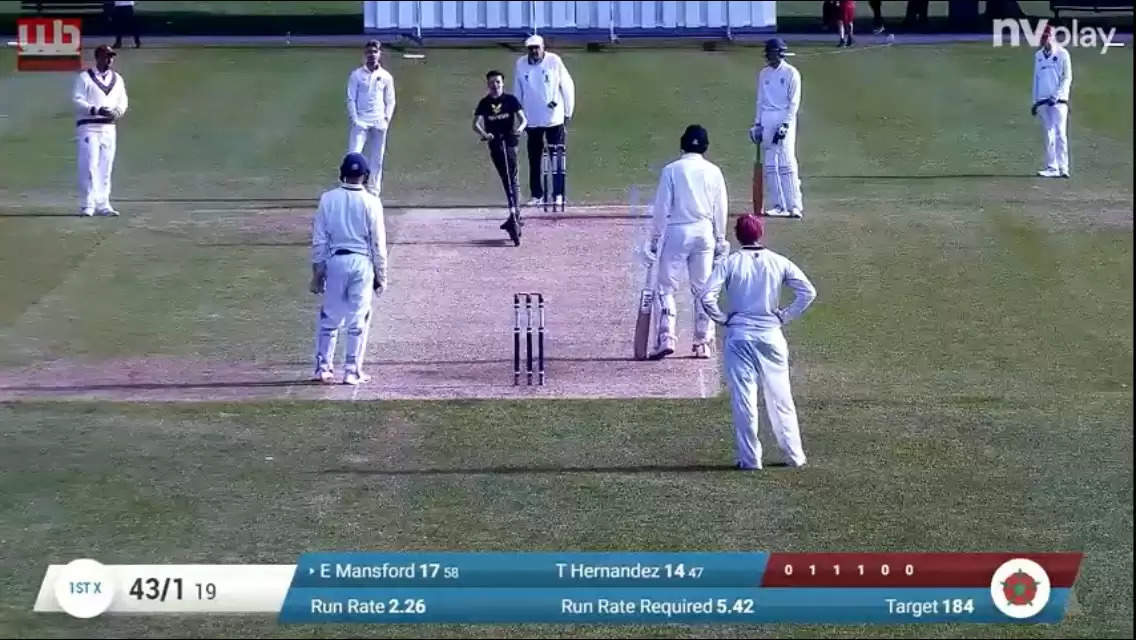 A kid created nuisance by riding a scooter on the pitch while players were left shocked but maintained admirable calm.

A club match down south in UK's Southampton saw the most bizarre intervention of play as a scooter halted the proceedings, much to the shock and disbelief of those watching. What looked like a kid rode his two-wheeler into the field and let to the strangest of interventions to play one would see.

The game of cricket has historically stopped for wars, security mishaps, bad weather, rain, poor outfields, dogs running on the field and, in recent times, even the cars accidentally gatecrashing into stadiums. But a scooter? This looks like the first such instance in the game's history.

A small kid forced stop the play with his nuisance, taking the scooter, which he was presumably riding on the sidelines, onto the stadium arena and riding it on the playing surface, an act that wouldn't have pleased the umpires and the players at all.

The match officials and players involved in the club game would've been left aghast by the kids notoriously taking a scooter along with him on the ground and then riding it right between the playing surface, disturbing the track.

The incident happened during a club game in Southampton, at the start of England's red-ball season. A clip of the same was posted over TikTok by the Southampton Union Cricket Club (SUCC), which was later put on Twitter by @ThatsSoVillage, an account known for sharing some of the game's funniest incidents via small clips.

Turn the sound on too 😂

Turn the sound on too 😂

Given this was a red-ball game, where the surface acts as of paramount influence, a scooter running on the pitch wouldn't have amused the players and match officials. The kid was first spotted by the standing umpire, who asked the players to wait seeing him reach near the playing deck with his two-wheeler.

The players maintained admirable calm in the moment, letting the kid do his thing and move away, before getting on with the play again. At a time when crowd behaviour has been under scrutiny and Covid restrictions are necessary, a kid riding a scooter on the playing surface would also raise eyebrows on the ground security available for low-key games in UK's club scene.