Watch: Shafali Verma plays incredible scoop from outside the pitch 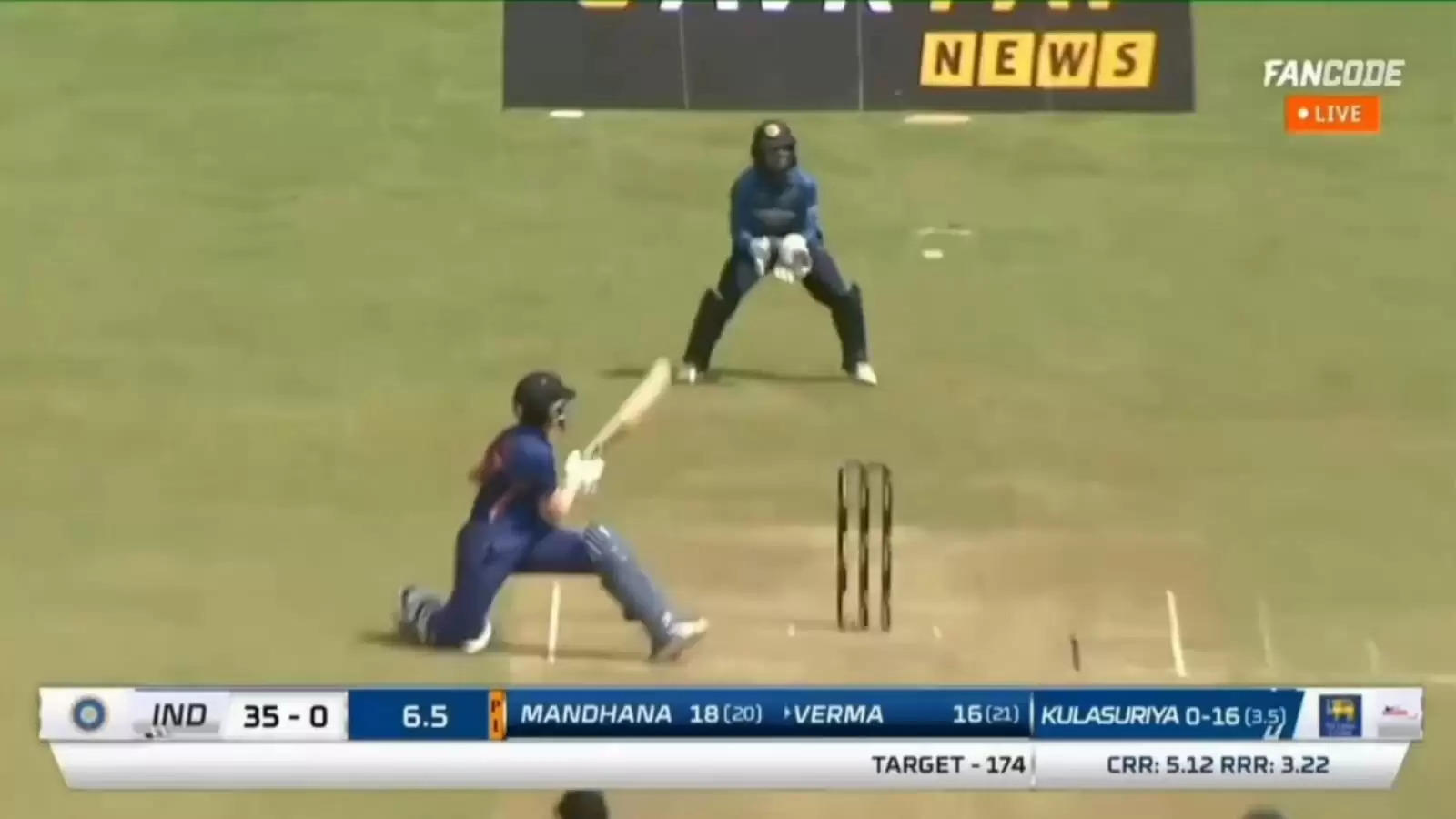 The explosive right-hander dispatched a wide ball from Sri Lankan seamer Kulasuriya for an interesting scoop.

The aggressive right-hander played the lap shot while having moved outside the pitch towards the off-side, making it her version of the popular stroke seen all over the world in white-ball cricket at great frequency.

Facing upto Sri Lankan unorthodox seamer Achini Kulasuriya from the over-the-wicket angle, Shafali got underneath a half-tracker and decided to scoop it far off the standing wicketkeeper towards the vacant deep fine-leg region.

Shafali Verma lost her footing a little because of the angle of the delivery and its slow nature out of Kulasuriya's hands and went far across to the off-side. But that didn't plague her timing and overall execution of the stroke.

Shafali Verma is a Rario ambassador. You can get his exclusive NFTs only on Rario, visit www.rario.com for more details

The shot was seen towards the end of the seventh over of the Indian run-chase in Pallekele. Batting 18 off 20 balls at the time, Shafali Verma had her eyes set on accelerating things up. The right-hander was itching to get another boundary in her innings and put the Lankans under great pressure defending a paltry 173 all out.

Verma found some ideal fooder from Kulasuriya to dispatch the ball for a boundary as the right-arm seamer tried an ill-executed slower ball outside the batter's off-stump.

Having assessed the field, with no fine-leg present, Verma decided to scoop the ball even as it wasn't perhaps the right length to play it, with the line from Kulasuriya, too, way off the mark. Not being wide enough to nullify Verma's stroke.

Eventually, Verma had to get into a position with her back leg standing outside the deck and the front one helping retain the balance and momentum the stroke needed. She executed the shot brilliantly and got her desired boundary.

In a small run-chase of 174 runs, Shafali Verma ended up scoring an unbeaten 71 off 71 deliveries, stitching an unseparated opening stand with Smriti Mandhana, who made a high-class 94 off 83 at her end in India's ten-wicket victory.