Watch: Shafali Verma dominates her way to six boundaries in an over in U-19 T20 World Cup

The aggressive Indian opening batter smashed 26 runs in an over in India's opening game of the women's U-19 T20 World Cup.
By Kashish Chadha Sun, 15 Jan 2023 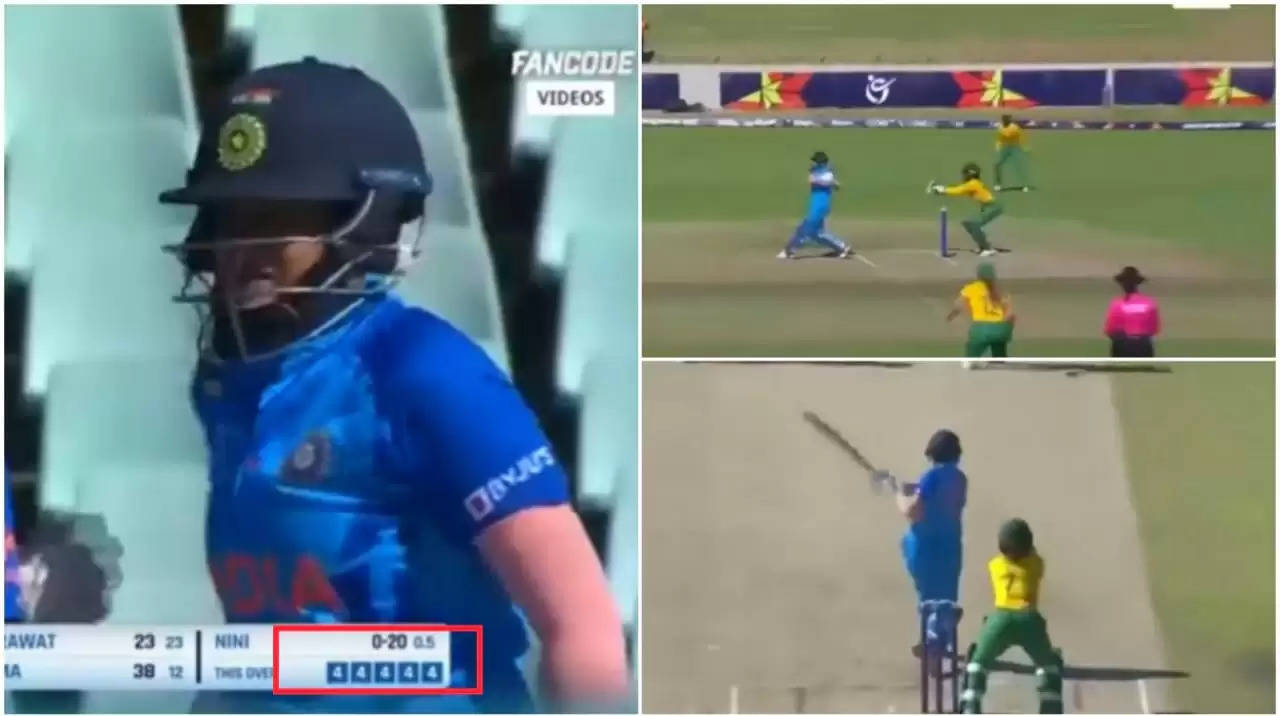 Coming back to play for the Indian U-19s, young rising star Shafali Verma blazed her way to a dominating 45 off just 16 deliveries in her team's first game of the maiden ICC women's U-19 T20 World Cup.

Playing against hosts South Africa in Benoni, the aggressive right-hander smashed the opposition attack for nine fours and a maximum through her knock. It was an innings that gave the Indians a great start to their run-chase in the Group D fixture.

The knock gave India's quest to overhaul Proteas' 166/5 the momentum and steam it needed early on, setting the stage perfectly for them to ultimately come out triumphant by seven wickets and take a giant leap towards the quarterfinals of the inaugural event.

In all Shafali Verma sent the ball to the boundary ten times, six of which arrived in a space of six deliveries bowled at the close of the powerplay restrictions by South African seamer Ntabiseng Nini.

Shafali hits 26 an over versus Nini

Facing Nini for the start of the sixth over of the powerplay field-restriction phase, Shafali Verma, who was in mood to destroy at 18* off just 7 balls at the time, unleashed her wrath on the opposition right-arm seamer and hammered her way to all parts of the Willowmoore Park.

Nini paid a hefty prize for pitching the ball way too short to Shafali, who duly punished her. The Indian batter first smashed the ball through the deep-third region for a four and fetched the ball to the ropes again off a cut shot.

She then scooped the ball over the mid-off fielder's head for four more runs to her kitty. Shafali found the next boundary through to the vacant point region, showcasing her ability to find gaps on the outfield.

SMASHED🏏 @TheShafaliVerma takes Nini to the cleaners! 26 off the over!

The next ball was another short-pitched one from Nini and was sent to the wide of mid-on fielder for what was the fifth consecutive four off the over.

Shafali finally relieved Nini off her misery with a maximum hit straight down the ground to finish with an eye-catching 26 runs off one single over.