Shreyas Iyer scored a blistering 73 off 44 to help Mumbai seal a five-wicket win over Vidarbha in the second semi-final of the ongoing Syed Mushtaq Ali Trophy 2022 on Thursday, November 3.
By CX Staff Writer Fri, 4 Nov 2022 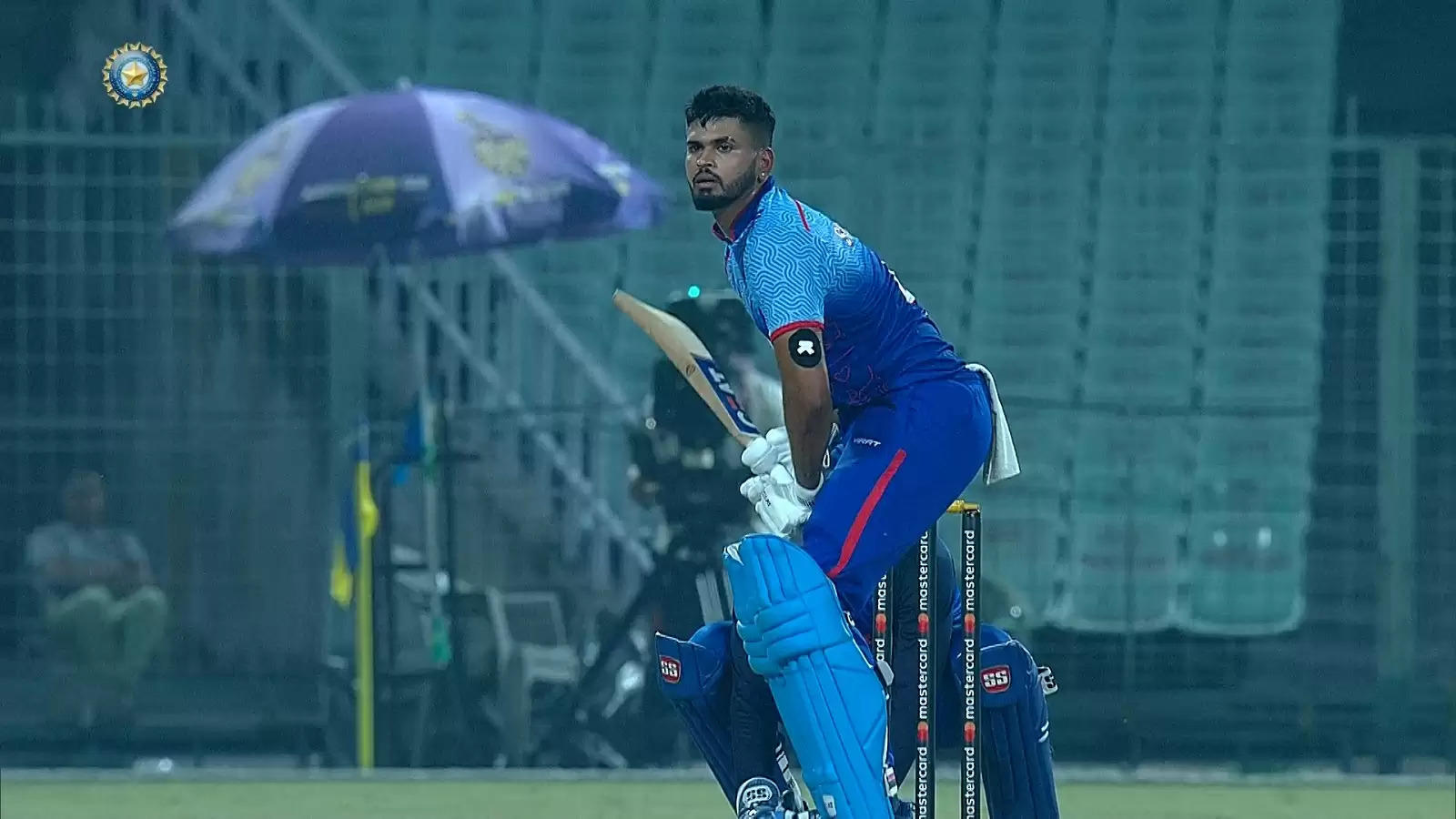 Shreyas Iyer showcased his dominant best in the second semi-final of the Syed Mushtaq Ali Trophy 2022 against Vidarbha played at the Eden Gardens, Kolkata on Thursday, striking a brilliant 73 off 44 to lead Mumbai to a thumping five-wicket win.

Iyer walked in to bat after skipper Ajinkya Rahane and Yashasvi Jaiswal were dismissed by the fourth over of the 165-run chase. He added a quickfire 43 with Prithvi Shaw, the latter scoring 34 off 21 before falling to Akshay Karnewar’s left-arm spin. He followed that up with a 71-run partnership with Sarfaraz Khan (27 off 19) to put Mumbai in a commanding position. He struck seven fours and four sixes, before becoming Karnewar’s second victim, and all-rounder Shivam Dube sealed the deal with back-to-back sixes off Lalit Yadav in the 17th over.

Iyer, who was named as one of the travelling reserves in India’s T20 World Cup 2022 squad, before being released later, reflected on his innings. He acknowledged Shaw’s contribution, who is now the second highest run-scorer in the competition with 321 runs at 40.12.

“I am happy that I took it till the end. My mindset was to stay in the attacking mode. Dew factor played an important part as well. We tried to punish the loose balls. The spinners also didn’t get much turn,” said Iyer after the win.

“When Prithvi was batting, you always keep getting runs. We told him to stay at least till the first six overs. Few of our good batters didn’t get a start. I was connecting almost everything.”

Earlier, Himachal Pradesh, led by Rishi Dhawan, defeated Punjab by 13 runs in the first semi-final. The final will be played at the same venue on Saturday, November 5.

“HP have done well as well. You can’t underestimate anyone. It is important to execute the plan on the given day,” Iyer said of Mumbai’s opponents in the final.