Watch: Steve Smith smashes a massive six onto the roof of the Bellerive Oval

The great Aussie batter and Sydney Sixers stalwart hammered one on top of the mid-wicket region to find the roof of the famous Tasmanian ground.
By Kashish Chadha Mon, 23 Jan 2023 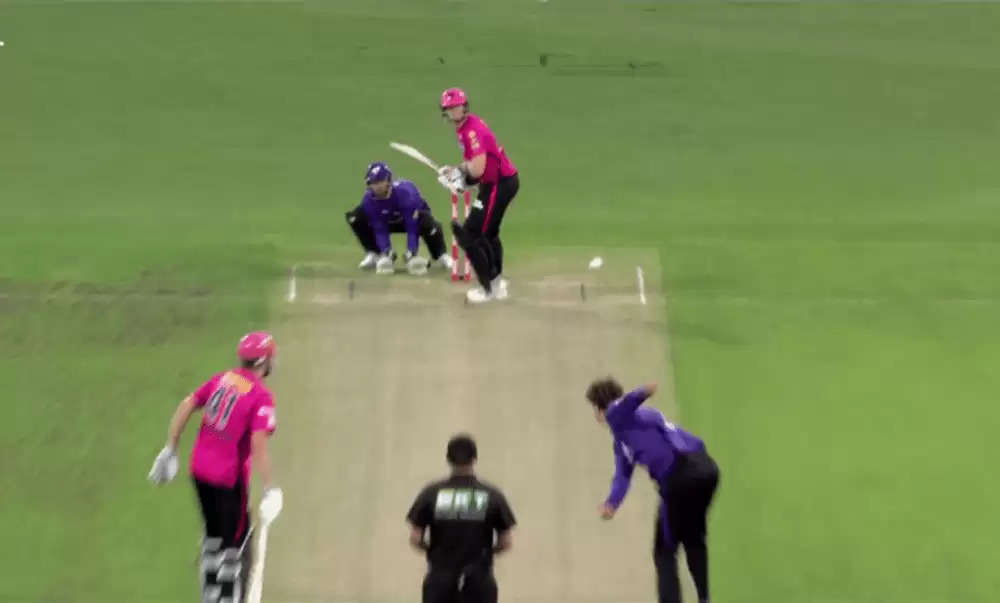 Steve Smith hit a humongous six that kept sailing over the Bellerive Oval roof in Hobart during a Big Bash League (BBL) encounter on Monday (January 23). Playing for the Sydney Sixers, the Aussie batting great smashed one that hit the top of the roof at the Tasmanian ground against the Hobart Hurricanes.

Facing part-time off-spinner Tim David from around-the-wicket, Smith went against the line of the ball and absolutely hammered it to perfection towards the mid-wicket region. The timing on the bat was so good that the ball kept sailing in the air and finished on top of the Bellerive Oval.

Steve Smith couldn't have found a better connection with the ball that David aimed to try and take away from his downswing from that angle. The batter got his downswing spot on, which meant the ball hit the meaty part of his willow rather than the upper half, which the bowler had intended it to.

The shot was so good that any leg-side field wouldn't have mattered to Smith, who continued his excellent run in the BBL 2022-23 with another classy knock under his belt for the Sixers.

The six came off the third ball of the seventh over, given by Hurricanes to David to sneak in a tight over just after the powerplay restrictions were lifted. But Steve Smith was alert to the situation and the need for Sixers to continue pressing on the accelerator, as he went up and over to a full-pitched ball for a giant six.

Watch: Will Jacks' unbelievable one-handed catch at the deep for Pretoria Capitals

The six had an optimum connection from the bat, with the ball flying over the top of the roof on the mid-wicket region at the Bellerive Oval in Hobart.

Executing a perfect slog sweep, Smith exercised his dominance against David and ensured that the over went for 14 when the opposition would've wanted a quiet set of six deliveries.

Opening the batting, Smith ultimately finished with an impressive 66 off 33 balls, continuing his spectacular form in what happens to be his comeback BBL season in absence of an international assignment in January.