Watch: Will Jacks' unbelievable one-handed catch at the deep for Pretoria Capitals

The England cricketer stunned everyone with a special one-handed catch in the deep for the Capitals against the Jo'burg Super Kings.
By Kashish Chadha Wed, 18 Jan 2023 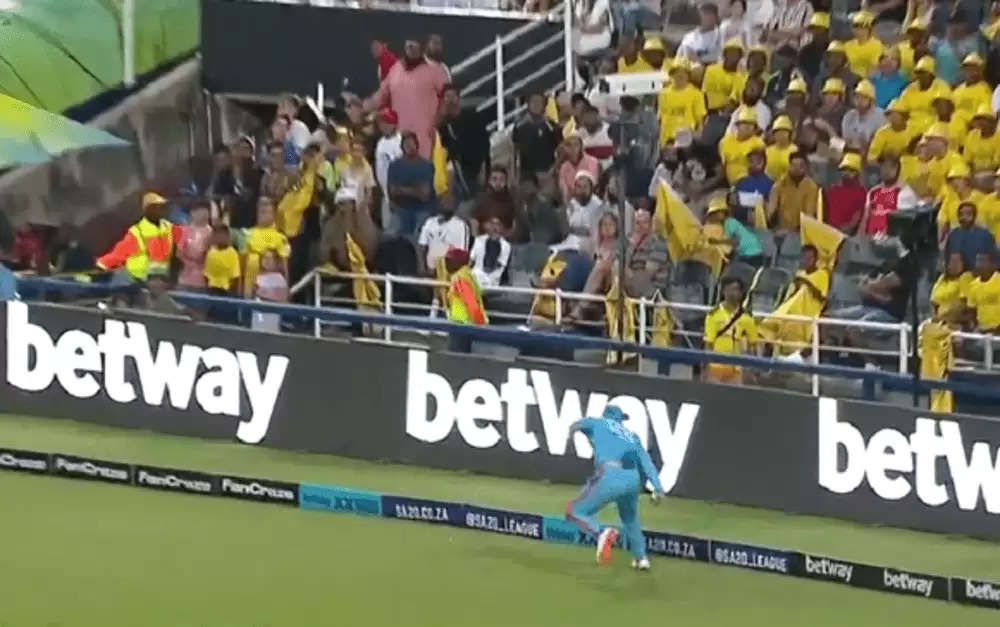 England cricketer Will Jacks took perhaps the catch of the tournament in the inaugural SA20 league in South Africa on Tuesday (January 17) night. Playing for Pretoria Capitals, Jacks pulled off an unbelievably good grab in the deep against the Jo'burg Super Kings.

Despite Super Kings' late middle-order hitter Gerald Coetzee absolutely smashing it away against Capitals seamer Eathan Bosch to the deep mid-wicket region, Jacks not only ensured he saved the ball from going for a six but also took a jaw-dropping catch with such amazing athleticism and nonchalance.

While Coetzee hammered the attempted yorker from Bosch to the cow corner for what looked like a certain six from the moment the ball hit the sweet spot, Jacks came running into the ball and pulled out his right hand to take the catch, leaving those watching at the ground and from their television sets shell-shocked.

It was an early entrant into the catch of the tournament race, with Will Jacks making no fuss about one of the toughest grabs that fans would've witnessed on a cricket field.

The mindboggling catch was on display off the fourth ball in the 20th over of the Jo'burg Super Kings' first-innings batting effort.

Facing Bosch' full-pitcher from the over-the-wicket angle, Coetzee unleashed his downswing and aimed for what at that moment felt like a definite six.

Coming in his way, however, was England's utility man and the Capitals opener Will Jacks, who ran in towards the ball and pulled out his right hand just in the nick of time to grab hold of it in one of the most special catches you will see.

It was the most stunning of the one-handed stunners we've had over the past two-three years in T20 cricket, even with the advancement in fielding standards.

Jacks had an unsatisfactory second half of the game with 16 off 13 balls but his catch proved to be the moment of the game, lightening up a jam-packed Wanderers Stadium in Johannesburg.