The ex India fielding coach threw light on how the concussion swap was first thought by Samson, who's game awareness and sharp brain he lauded in his book.
By Kashish Chadha Tue, 17 Jan 2023 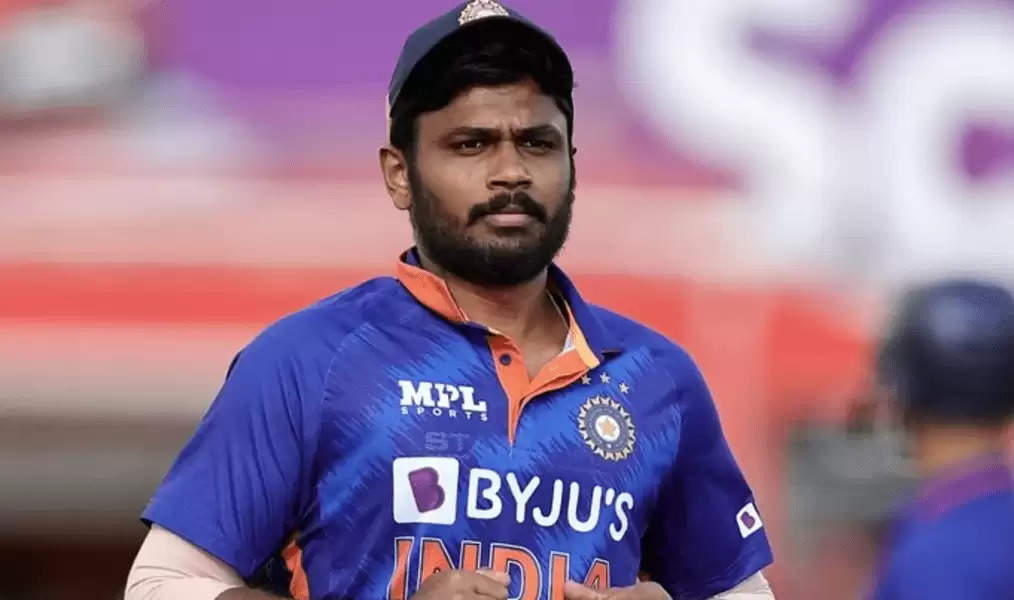 The infamous Yuzvendra Chahal concussion swap with Ravindra Jadeja in the first T20I of the series against Australia in late 2020 in Canberra was an idea born out of Sanju Samson's sharp brains, revealed India's ex fielding coach R Sridhar.

In his book 'Coaching Beyond - My Days with the Indian Cricket Team', Sridhar threw light on how it was Samson who suggested the then coach Ravi Shastri to think of replacing the concussed Jadeja with the team's leading wristspinner Chahal for the second half of the game.

As it happened, India got Jadeja's batting for the first half and the spin allrounder struck a critical 44 off 23 deliveries. Following a blow to his head, which ultimately sidelined him with concussion, India got Chahal to come in and take 3/25 off his 4 overs.

Since concussion regulations command teams to bring in a like-for-like replacement, India got Chahal to walk in for Jadeja, a move controversially verified by the match referee despite a huge contrast in their batting abilities just because they both could bowl spin. And it was Sanju Samson who made that possible.

"I was in the dugout, ready to set up fielding stations immediately at the end of the innings before Australia could begin their chase. Seated by my side were Sanju Samson and Mayank Agarwal. Suddenly, Sanju piped up, 'Sir, the ball hit Jaddu's helmet, didn't it? Why can't we seek a concussion replacement? We can get another bowler in instead of Jaddu'," Sridhar writes in his book.

Sridhar says that was the moment he understood how involved Samson is in the game and that he has captaincy traits inside him. "That is where I saw a captain in that youngster," he wrote. "I urged him to dash across to Ravi and convey his sentiments, and Ravi, too, saw merit in Sanju's thinking."

"In any case, the concussion rules allowed us to make a change if a player was hit on the head, so when Jadeja came off the field, Ravi told him, 'Well played, now go to the dressing room, ice-pack to your head, and sit down quietly'."

Also Read - 'In case Virat Kohli plays 5 or 6 years more, he will get to the 100 hundreds' - Sunil Gavaskar

Sridhar stressed, that neither of Shastri or the then skipper Virat Kohli thought of the idea but Samson did reinforced his overall game awareness and a sharp mind, something he gets to implement when he bats in the middle for India and leads Rajasthan Royals (RR) in the IPL.

"Sanju's quick thinking that led to Chahal's induction is an incident that will stay with me for life. That's where you saw a captain in Sanju, you saw a leader who was thinking about the game. He was not thinking about how he got out, he was thinking for the team. These are the moments that reveal one's character."

"This was a classic case of reverse learning. Neither Ravi nor Virat thought of this scenario; Sanju summed things up in a jiffy and wasn't afraid to communicate his thoughts. That's a big tick as far as I am concerned," Sridhar added.