The catch was seen off the bat of New Zealand great Ross Taylor, playing for Central Districts against Auckland at the Pukekura Park in New Plymouth
By Kashish Chadha Mon, 9 Jan 2023 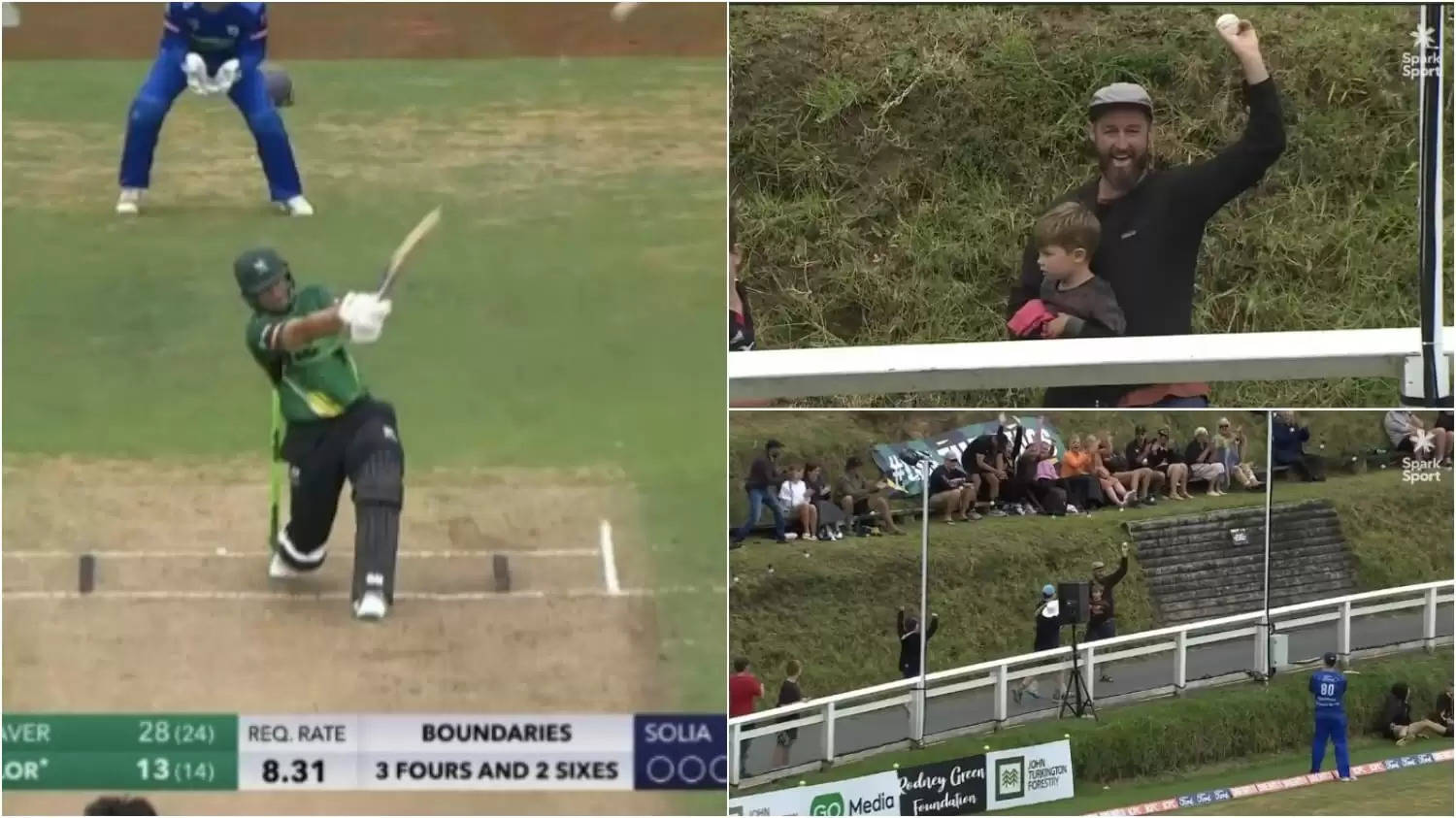 A clip capturing a brilliant crowd catch from New Zealand's premier domestic T20 competition - Super Smash - is going viral over social media. In the clip, an individual standing next to the boundary hoardings is seen making an excellent one-handed grab with minimal fuss.

That, however, is not the reason why the catch is grabbing all the attention. It is due to the fact that this person held a kid in his other hand while making the catch look ever so easy despite the ball arriving with great force towards him.

The crowd caught was off the bat of former New Zealand batting stalwart Ross Taylor, who gave the ball a full monte towards the mid-wicket region. But this man standing next to the hoardings still took the most shockingly comfortable grab that one would witness and that, too, with a kid held in his other hand.

The catch surprised everyone, including the players and the commentators watching the proceedings, and became one of the highlights of the Super Smash fixture played between Central Districts and Auckland.

The Ross Taylor six grabbed with ease in the crowd

The six took place at the start of the eighth over in the Central Districts run-chase. Facing opposition fast-bowler Sean Solia's full-pitched delivery that arrived right into his arc, Taylor gave the ball its deserved treatment by sending it in brute force past the mid-wicket boundary.

Taylor timed the ball to perfection and it seemed that any particular crowd catch on this one wouldn't take place without someone finishing with a bruise or two to his hands. As it happened, though, a man standing just next to the hoardings took one of the catches of the Kiwi summer.

This person, holding a kid in his right hand, presumably the more powerful hand, stood where he was and ended up taking a jaw-dropping left-handed grab and raised it to the rest of the crowd, which appreciated him with a round of applause.

No one could believe what they had just seen, including the commentators, with one of them amusingly calling it the "catch of the season".