Watch: Virat Kohli's cryptic conversation with God has fans wondering what he was saying

Virat Kohli's poor run in the ongoing Indian Premier League (IPL) season continued after he got out for 20 against PBKS.
By CX Writer Sat, 14 May 2022 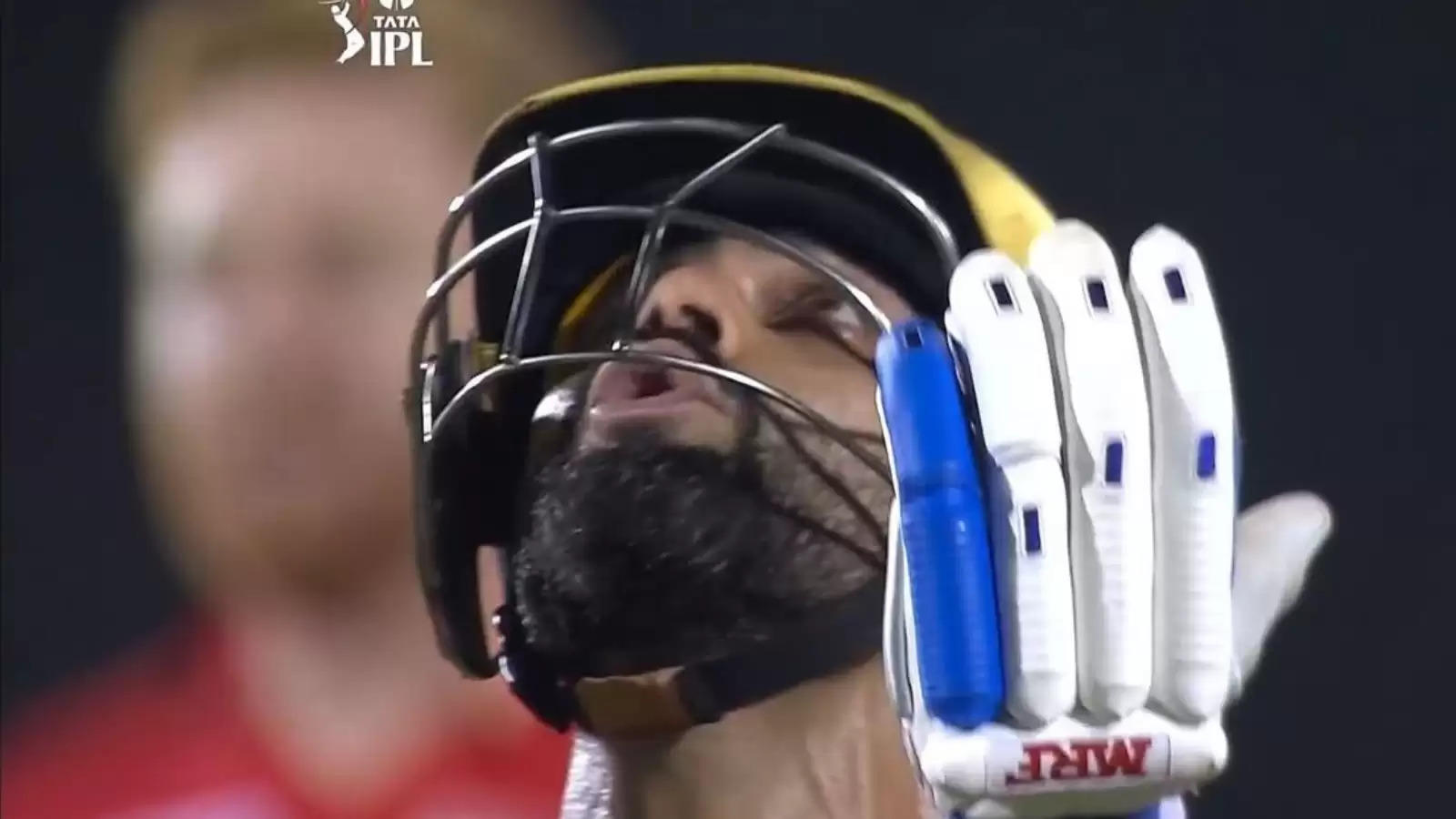 Kohli found yet another bizarre way to be dismissed against PBKS and could only rue his luck on the occasion.

Virat Kohli continued to struggle in the ongoing Indian Premier League (IPL) against Punjab Kings (PBKS) as well on Friday (May 13). He looked good for his 20 off 14 balls but got out in yet another inexplicable way to Kagiso Rabada and was left frustrated, not for the first time this season.

He has so far scored only a solitary half-century this season and an average of less than 20 clearly suggests this is his worst IPL season by distance. Against PBKS, Kohli’s frustration went to another level as he had started off well and was looking good to make it big as well. RCB needed a quick-fire and he had provided the team with it in a steep run-chase.

But the former RCB skipper was the first one to get out in the 4th over that change the course of the innings completely. Though he reviewed the decision, the ball had brushed his gloves before lobbing in the air off his hip. After getting out, Kohli was seen saying something by looking up towards the sky.

It seemed Virat Kohli was asking god, “Why always me?” The 33-year-old has found new ways to get out this season while also bagging three golden ducks. His desperation to score has been visible for everyone to see and the words he said looking towards the sky was certainly one of the examples of him getting frustrated now.

As far as the match is concerned, RCB lost their way completely in the chase after a sparkling 33-run opening stand between Kohli and Faf du Plessis. Wickets fell at regular intervals which led to them not gaining any momentum during the 210-run chase. Eventually, they could only reach 155 runs for the loss of nine wickets in their 20 overs to lose the game by a whopping margin of 54 runs.

The fact that PBKS managed to post a 200+ total was majorly due to Jonny Bairstow who slammed 66 runs off just 29 deliveries. Though PBKS lost their way in the middle overs, Liam Livingstone stood strong to score 70 off just 42 balls and propel the team past the 200-run mark.

Meanwhile, fans kept wondering about what Virat Kohli had to say looking up towards the sky and came up with their own thoughts.

Virat Kohli - The Greatest unlucky cricketer of all time. Retweet if you agree! ✌️ pic.twitter.com/MlfiIN0Wfl