Watch: Virat Kohli relaxed and dancing while batting during his hundred against Afghanistan in the Asia Cup

Virat Kohli smashed a ton after nearly three years for India in the Asia Cup 2022 encounter against Afghanistan.
By Kashish Chadha Fri, 9 Sep 2022 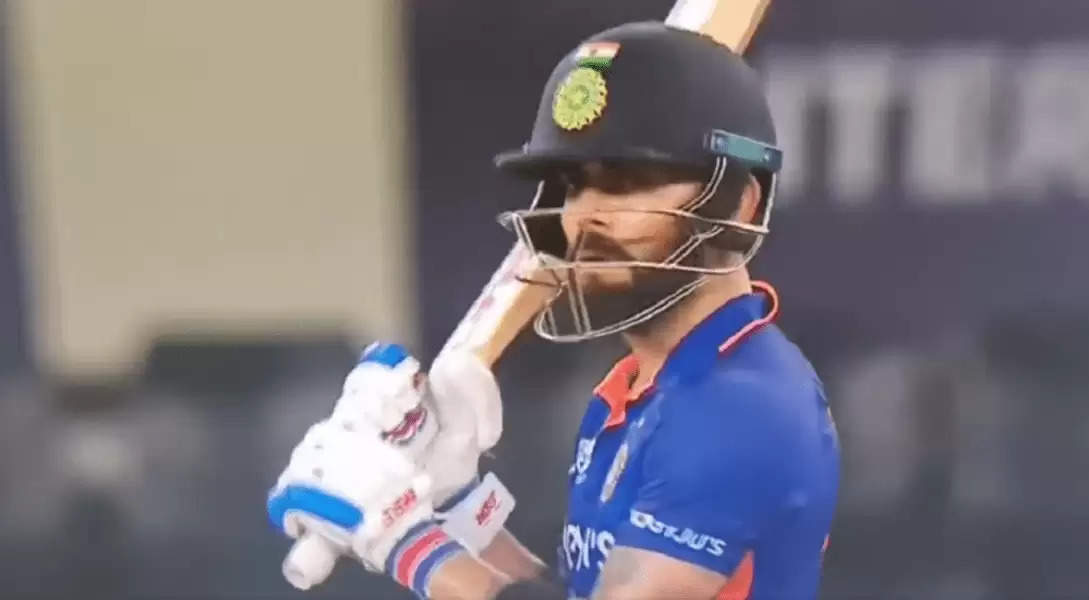 Virat Kohli danced to the tunes of a famous Punjabi song in the middle of his innings in Dubai.

Even in the middle of an innings, Virat Kohli has his funny, jovial avatar coming out from time to time. This part of the passionate cricketer's personality was evident for a brief during his famous century against Afghanistan at the Asia Cup 2022 on Thursday (September 8) in Dubai.

Kohli smashed his way to a superlative 122 not out off 61 balls, including 12 fours and 6 sixes, in India's consolation victory at the closing of their disappointing campaign of the tournament. It was not only the great batter's first international hundred since November 2019 but also his maiden T20I century for the country.

Throughout the knock, as usual, the right-hander kept his intense mode on while he went on to dominate the prominent Afghan spin trio of Rashid Khan, Mujeeb ur Rahman and Mohammad Nabi on a relatively dry surface in Dubai in an encouraging effort.

But in a funny little clip, Virat Kohli was seen taking a few lighter moments for himself and moving to the beats of popular Punjabi song "saddi galli" with his bat held on his shoulders.

Virat Kohli dances in the middle in Dubai

Virat Kohli was seen giving the famous song his own twist with a dance step in the middle of his superlative knock in Dubai. Even as he had his eyes set on where the Afghans are moving their field and who is the next bowler they are about to unleash at him, the cricketer found time to make a dance move at what presumably would be one of his favourite Punjabi songs.

Kohli overcame a sustained slump with bat in hand against Afghanistan, reaching a three-figure mark after as many as 34 months since his century in the first-innings of the D/N Test in Kolkata against Bangladesh.

In this period, the most worrying bit about the Kohli slump had been the dip in his strike-rate versus spin. He was going at only 103.57 against the tweakers in T20Is in the pandemic years prior to this Asia Cup. But on the night, he showed quick-footedness and impressive zeal to attack against the famed Afghan trio and blasted the opposition seamers at the death.