A fan was seen making a proposal to his partner during the T20 Blast 2022 second semi-final between Hampshire and Somerset at Edgbaston on Saturday, July 16.
By CX Staff Writer Sat, 16 Jul 2022 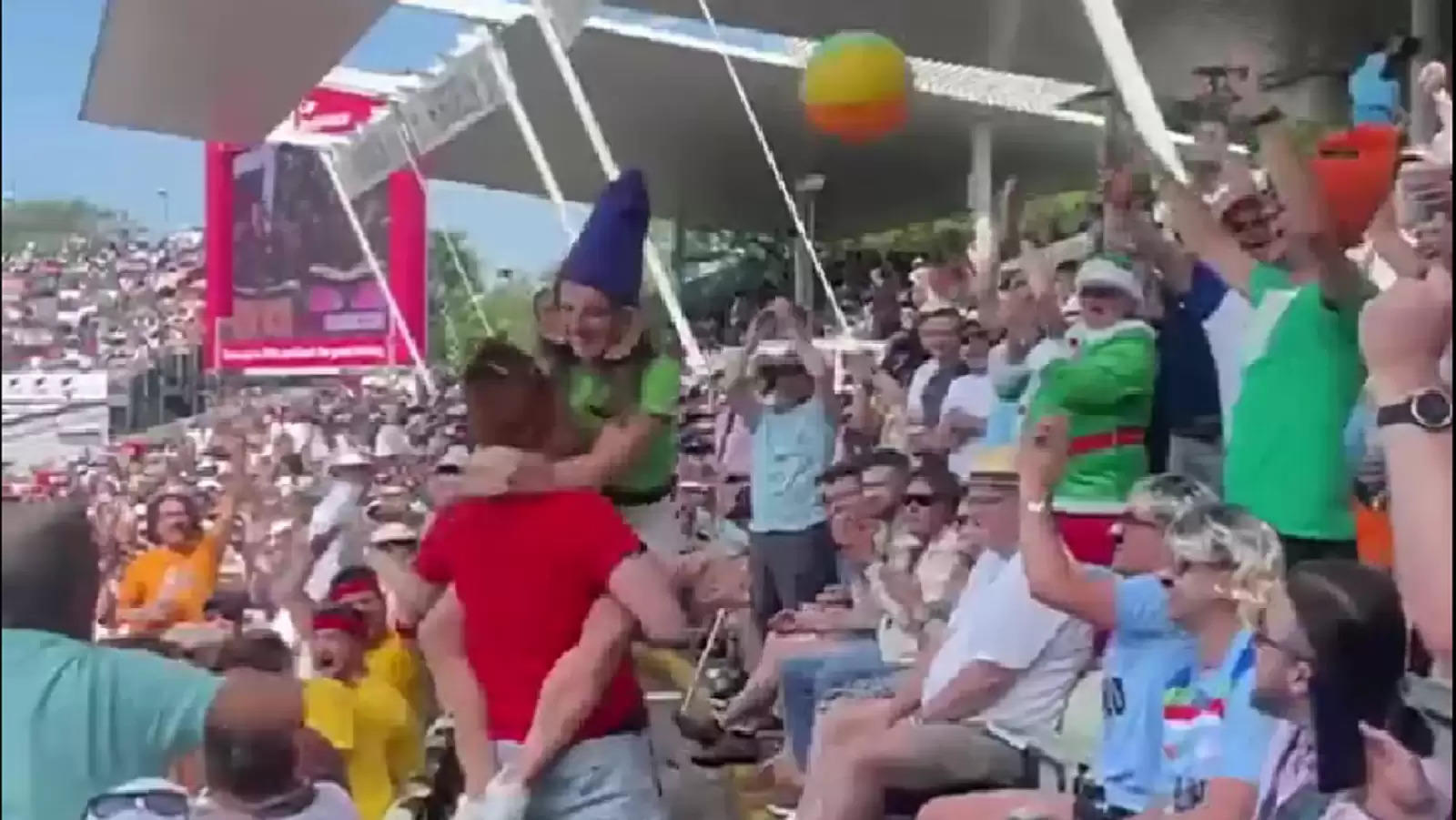 Lancashire and Hampshire will face-off in the T20 Blast 2022 final at Edgbaston.

A fan was pictured making a proposal to his girl by getting on his knees, and with it being accepted, the couple was greeted with loud cheers and applause by the Edgbaston crowd during the second T20 Blast 2022 semi-final between Hampshire and Somerset at the venue on Saturday, July 16.

The moment occurred in jam-packed stands on the finals day, with Hampshire making it to the final with a clinical 37-run win.

Watch the proposal during the T20 Blast 2022 second semi-final in Birmingham here:

As for the game, Hampshire managed to bundle out Somerset for 153 in 19.3 overs in their run-chase of 191, with Nathan Ellis leading the way with 3/30. Chris Wood, Brad Wheal, Liam Dawson and James Fuller bagged a wicket each. Tom Lammonby (34 off 27) was the only batter to cross 30 for Somerset.

Earlier, Lancashire gunned down the 205-run target set by Yorkshire with six wickets and 1.2 overs remaining in the first semi-final at the same venue, with Keaton Jennings (75 off 51) and skipper Dane Vilas (63* off 36) leading the charge.

Vince has won the toss and opted to bat in the final against the Red Roses.