New Zealand all-rounder Daryl Mitchell produced a brilliant piece of fielding at the boundary ropes, but that couldn’t deny Paul Stirling a six, during the second T20I against Ireland on Monday, July 18.
By CX Staff Writer Wed, 20 Jul 2022 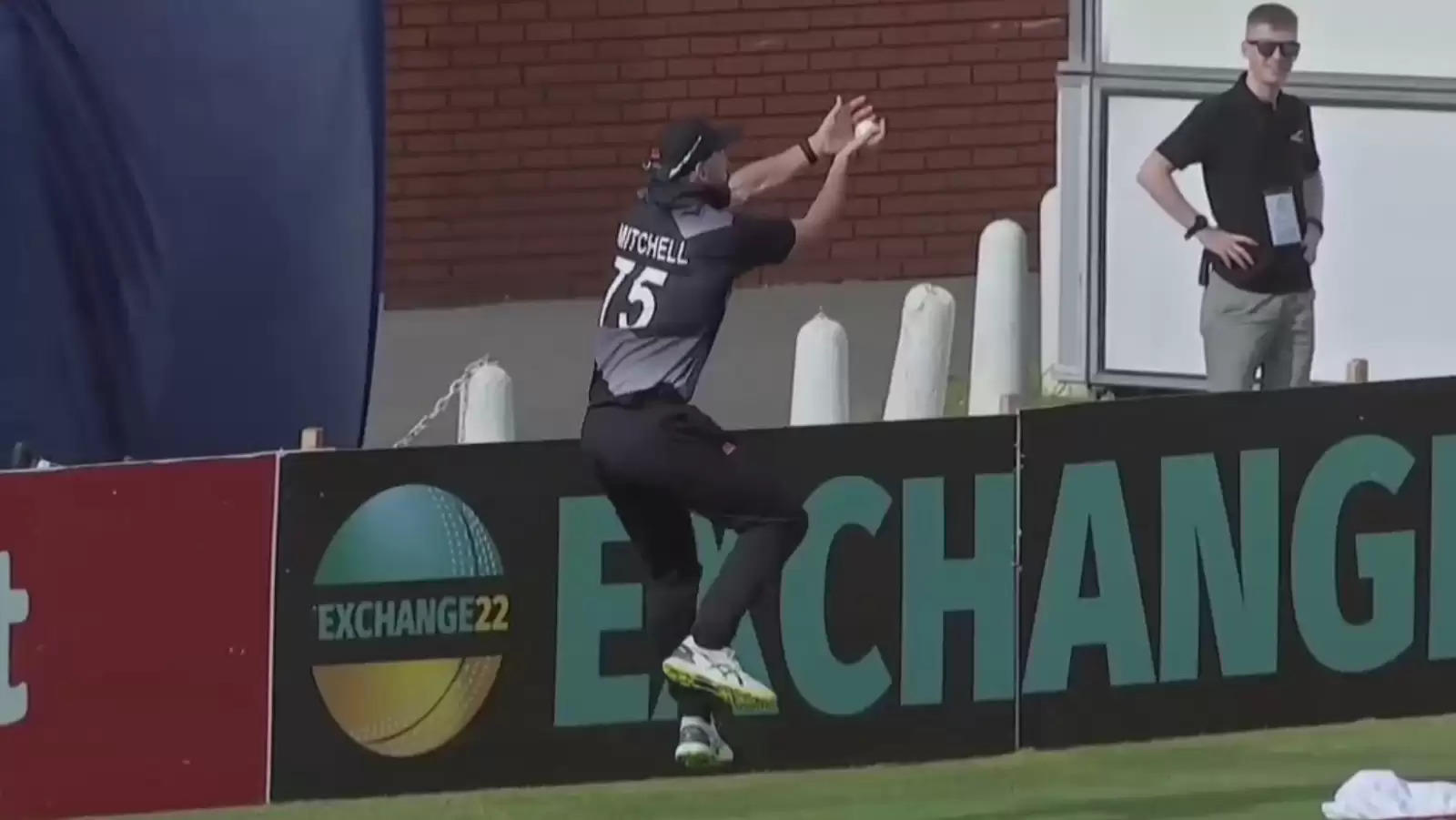 Daryl Mitchell, who had a breakout Test summer in England with 538 runs at 107.60 from three Tests, couldn’t quite set it up with the bat in the first T20I against Ireland in Belfast on Monday, July 18, but made his presence felt with a brilliant attempt near the boundary rope.

The moment came on the final ball of the fourth over of Ireland’s chase of 174, when opener Paul Stirling went hard at a pull stroke off Jimmy Neesham. The batter didn’t quite get the desired timing, and Mitchell sprinted towards his left from deep square leg and caught the ball, but the momentum took him over the ropes. He threw the ball up and tried to flick it back in play, but his foot was grounded while making the attempt, allowing the batter six runs.

Daryl Mitchell Deserves an Award for This Effort 🥵🔥 pic.twitter.com/QOnQC5M9Wi

Stirling however, couldn’t carry long after the six, with him and Gareth Delany falling to Lockie Ferguson in the next over. Ireland were eventually bundled out for 142 in just 18.2 overs, with only Curtis Campher (29 off 21) and Mark Adair (25 off 20) managing 20-plus scores. Ferguson was the pick of the bowlers, returning 4/14 from 3.2 overs, while Neesham and Mitchell Santner bagged a wicket each.

Earlier, New Zealand had a difficult start after being put in to bat, with Ireland seamers Joshua Little and Mark Adair cleaning up the top-order comprising Martin Guptill, Finn Allen and Dane Cleaver within the first five overs. Mitchell fell to Campher in the ninth over, leaving the Blackcaps at 54/4, before Glenn Philips put on crucial runs with Neesham (29 off 16) and Michael Bracewell (21 off 13).

Phillips remained unbeaten at 69 off 52 with seven fours and a six, helping New Zealand finish strongly at 173/8. Little was Ireland’s best bowler on the day, returning 4/35 in his four-over spell.

The second T20I will be played at the same venue on Wednesday, July 20.