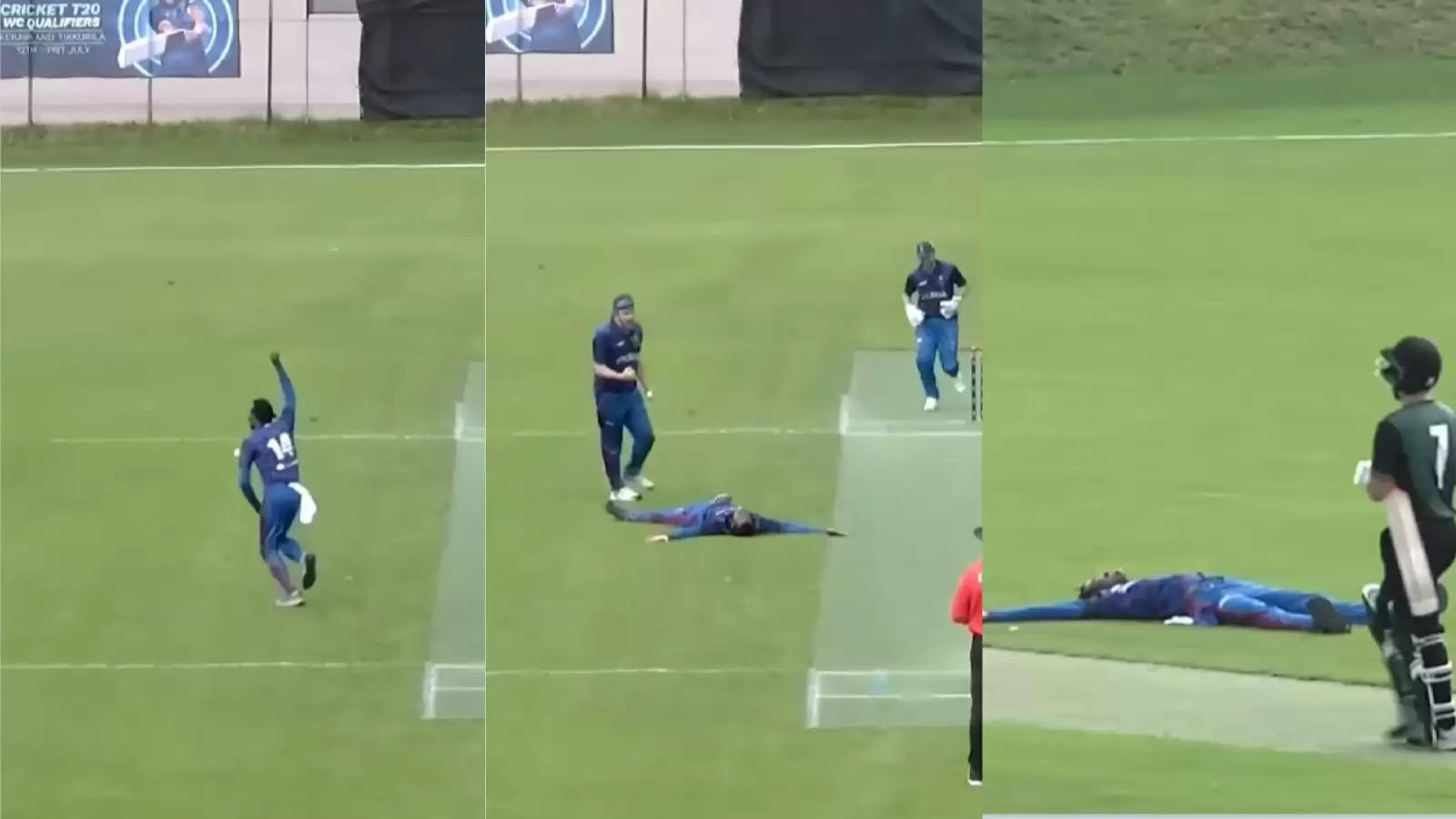 Sport often produces the most thrilling, and at times bizarre, celebrations, and cricket has had its fair share ever since the game’s inception. In one of the most recent ones, Serbia right-arm seamer Ayo Mene-Ejegi showcased a rather epic one, after a wicket at the ICC Men's T20 World Cup Sub Regional Europe Qualifier Group A.

The wicket came in a Group 2 clash between Serbia and Isle of Man at the Tikkurila Cricket Ground, Vantaa on July 13. Mene-Ejegi dismissed Isle of Man’s George Burrows for a 46-ball 60, rattling the right-hander’s middle-stump with a perfect yorker, and followed the act with a ground flip (or a grounded somersault), and remained flat on the ground looking skywards thereafter. The celebration was repeated when he Joesph Burrows and Dollin Jansen later in the over.

The video has been doing the rounds on the internet.

Mene-Ejegi would return as the pick of the bowler with 4/30 off his four overs in Isle of Man’s innings of 165/7. However, that wouldn’t be enough with Serbia being limited to 97/7 to go down by 68 runs.

The tournament featured 10 teams divided into groups of two, with Group A comprising Italy, Finland, Sweden, Croatia and Greece, while Isle of Man, Cyprus, Romania, Serbia and Turkey made up the Group B.

Isle of Man would eventually progress to the final in the competition, wherein they were beaten by Italy by seven wickets. George Burrows finished the tournament’s highest run-getter with 210 runs at 70 with three fifties from five innings. Joseph Burrows was the joint-second in the wicket-taking charts with his left-arm spin fetching 10 scalps at 10 and an economy of 5.76.

Serbia had earlier lost the seventh-place playoff to Croatia to finish eighth. Finland defeated Cyprus by 11 runs in the third-place playoff.