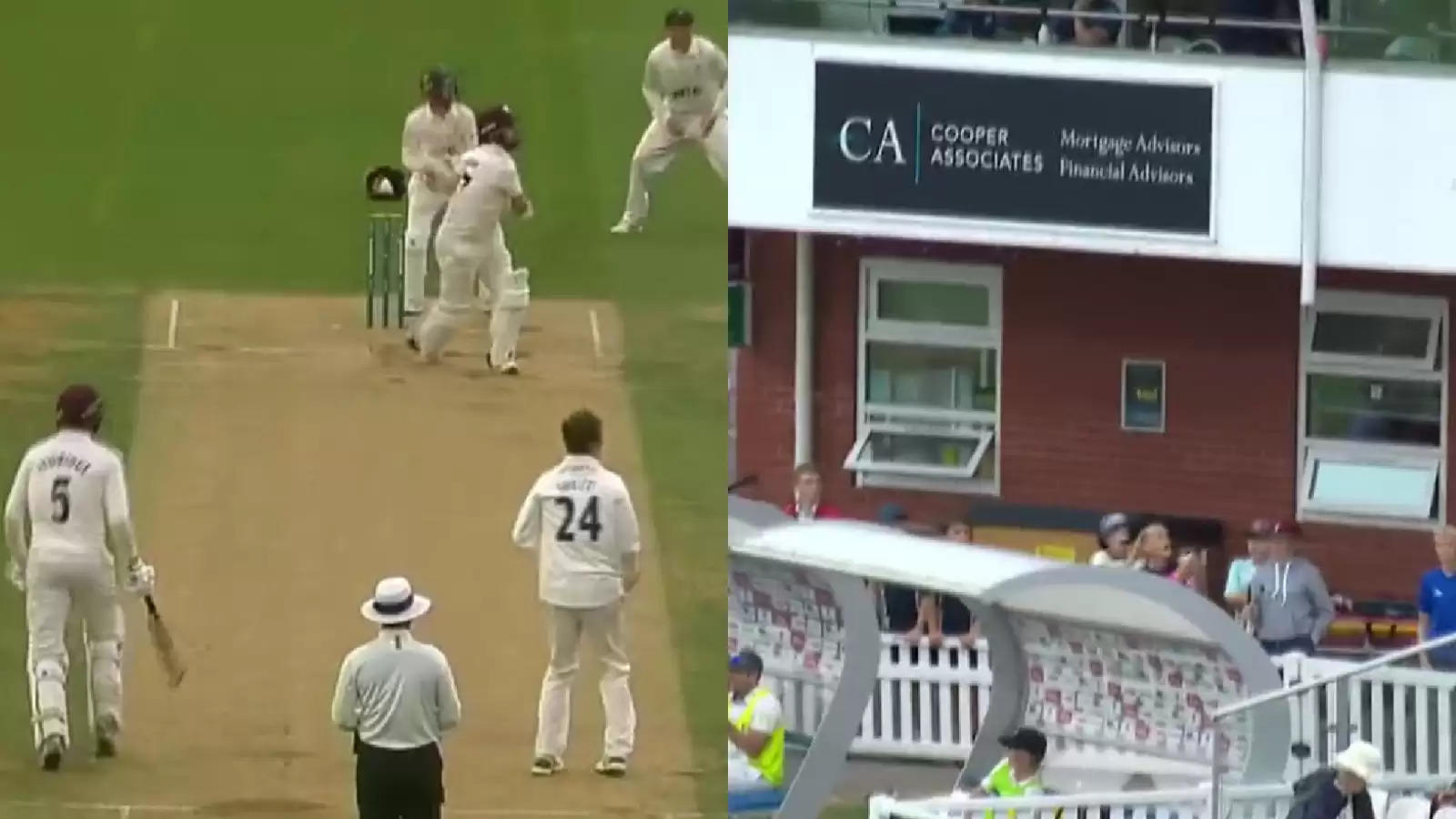 England Test spinner Jack Leach is known more for his left-arm spin, but has had his significant moments with the bat at the highest level. He had scored that all important single to help Ben Stokes complete a heist of the ages in the epic Headingley Test of 2019, which had come a few weeks after he himself had scored 92 as an opener to set up England’s 143 run-win against Ireland at Lord’s, after the hosts had been bundled out for 85 on the first morning.

However, there was another dimension to his batting on show during the second day of the ongoing Somerset vs Yorkshire County Championship 2022 Division One fixture in Taunton, perhaps stemming from the ‘Bazball’ effect.

Leach, walking in at No.9 struck two sixes off Jack Schutt’s off-breaks during his 18-ball stay. The second of those came off an outrageous reverse-sweep, capturing the imagination of the viewers present at the venue as well as Tom Banton in the commentary box.

Schutt, bowling the 116th over of the innings, sent the fifth ball relatively full on stumps, and Leach just changed his stance and heaved a reverse-sweep straight over the sweeper-cover (for a left-hander) for a six.

Even @TBanton18 on commentary couldn't believe this!

The bowler eventually had the last laugh, having Leach stumped by gloveman Jonathan Tattersall for an 18-ball 16. Somerset were bundled out for 423 in 121.4 overs, with skipper Tom Abell leading the way with 116, all-rounder Lewis Gregory contributed 77.

Yorkshire, in reply, were 219/5 at the time of writing, with Tom Kohler-Cadmore (95*) approaching his hundred.