Watch: Matthew Wade hits a six outside of Lord’s at The Hundred 2022

Matthew Wade scored a blistering 81 to help Birmingham Phoenix seal a last-ball thriller against the London Spirit at Lord’s on Tuesday, and one of his hits flew outside the Home of Cricket.
By CX Staff Writer Wed, 31 Aug 2022 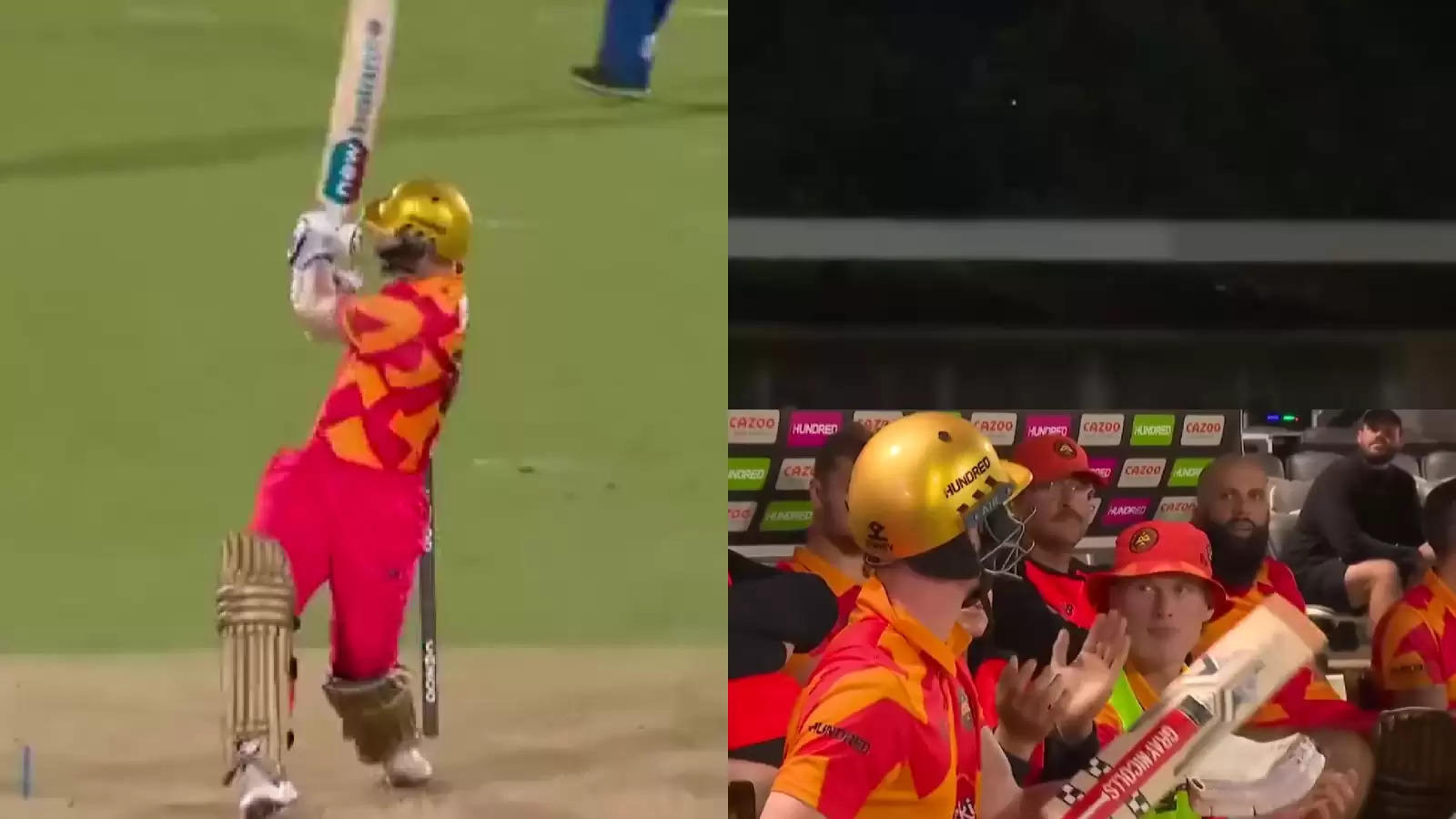 Wade struck 81 off 42 in an innings in which no other batter crossed 13.

Matthew Wade scored a brilliant 81 off 42 in a 140-run chase against the London Spirit, to help Birmingham Phoenix clinch a last-ball thriller at Lord’s on Tuesday, in the 30th match of the ongoing The Men’s Hundred 2022.

Wade walked in to bat quite early in the chase, after opener Soloman Budinger was cleaned up for a golden duck by Liam Dawson on just the second ball of the innings. The Australia wicket-keeper struck 11 fours and two sixes during an entertaining stay, which came in an innings which saw only three other batters get into the double digits.

No.9 Tom Helm (11*) and the last man Tanveer Sangha (13*) added 18 off 13 for the final wicket, with the latter managing a single off the last ball of the game to see his team over the line.

A major highlight of the day though, was a Wade six that flew right outside of the iconic venue. Facing his fellow countryman Nathan Ellis, Wade hoicked the 37th ball of the innings well over the deep-square leg for a soaring six. Ellis missed his length on the shorter side, and Wade just smashed it across the line and middled it so well that the ball sailed over the roof.

Watch Matthew Wade hitting a six outside of Lord’s at The Hundred 2022 here:

What a hit from Matthew Wade. pic.twitter.com/ACnQU0Nldv

Earlier, Ravi Bopara (45 off 20) and Ben McDermott (36 off 29) were the key contributors in helping the London Spirit post 139/6 after being put in to bat. Helm was the pick of the bowlers for the Phoenix, returning 4/17 from the 20 balls he delivered.

The two teams are currently tied at 10 points from eight games each, with the Spirit holding onto the second position in the points table on virtue of their superior net run-rate (NRR). Trent Rockets top the standings in the eight-team competition currently, having won six of their eight games.

The final two league games will be played on Wednesday, August 31, followed by the Eliminator and the Final on Friday and Saturday respectively.