MS Dhoni made a brief appearance in Rishabh Pant’s Instagram live, also featuring Rohit Sharma and Suryakumar Yadav on Tuesday, July 26, much to the amusement of the host and viewers. 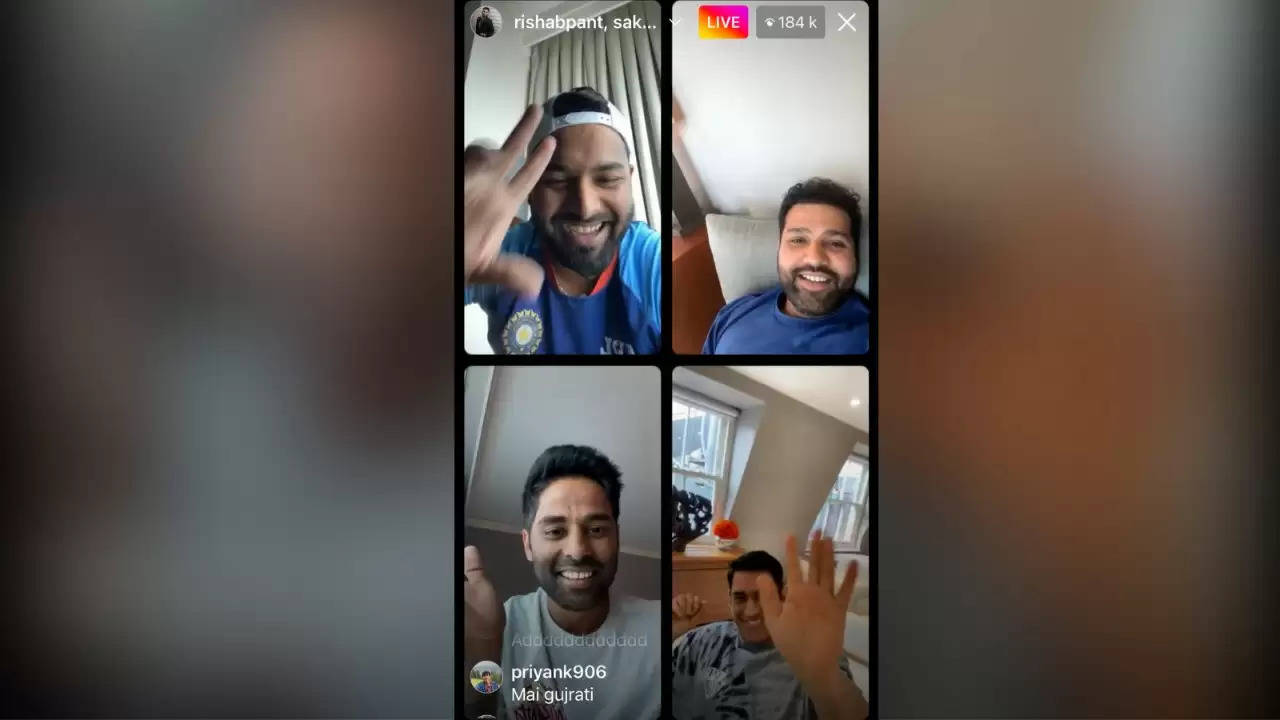 The Indian team is currently leading the three-match ODI series 2-0, with five T20Is to follow.

Rishabh Pant, the India wicket-keeper batter, hosted an Instagram live session on Tuesday, July 26, also featuring regular skipper Rohit Sharma and Suryakumar Yadav among others. The host made the session open to fans and viewers, and India speedster Ishant Sharma and leg-spinner Yuzvendra Chahal too, making an appearance.

The session featured some of passionate Indian cricket fans too, with them getting a chance to interact with their heroes.

However, the highlight came when former skipper MS Dhoni entered the session much to the amusement of the host and fans online. His wife, Sakshi, acknowledged the players, while turning the camera towards Dhoni, who, known for being an extremely private person, placed his hand onto the camera and went offline.

The Indian team is currently in the West Indies for three ODIs and five T20Is. The ODI team is led by Shikhar Dhawan, in absence of Rohit, Pant, Virat Kohli, KL Rahul, Jasprit Bumrah, Hardik Pandya and Mohammed Shami among others.

Rohit, Pant, Bumrah and Pant will return for the T20I leg, while questions remain over KL Rahul’s availability, who was recently tested positive for covid-19.

The visitors are leading the former by 2-0 with back-to-back thrilling wins in the first two games at the Queen's Park Oval, Port of Spain, Trinidad. While Dhawan, Shubman Gill and Shreyas Iyer set up a match-winning score in the series opener to set up a two-run win, Iyer and Sanju Samson scored crucial fifties in the second, before Axar Patel scored an unbeaten 64 off 35 to help India gun down a 312-run target with two wickets and as many balls to spare.

The third and final ODI will be played on Wednesday, July 27, at the same venue, before the T20I series gets underway on Friday, July 29 at the Brian Lara Stadium, Tarouba, Trinidad.