Jos Buttler seemingly reviewed for a caught behind against Steve Smith even before the on-field umpire Paul Wilson had given his verdict during the third Australia vs England ODI on Tuesday, November 22.
By CX Staff Writer Tue, 22 Nov 2022 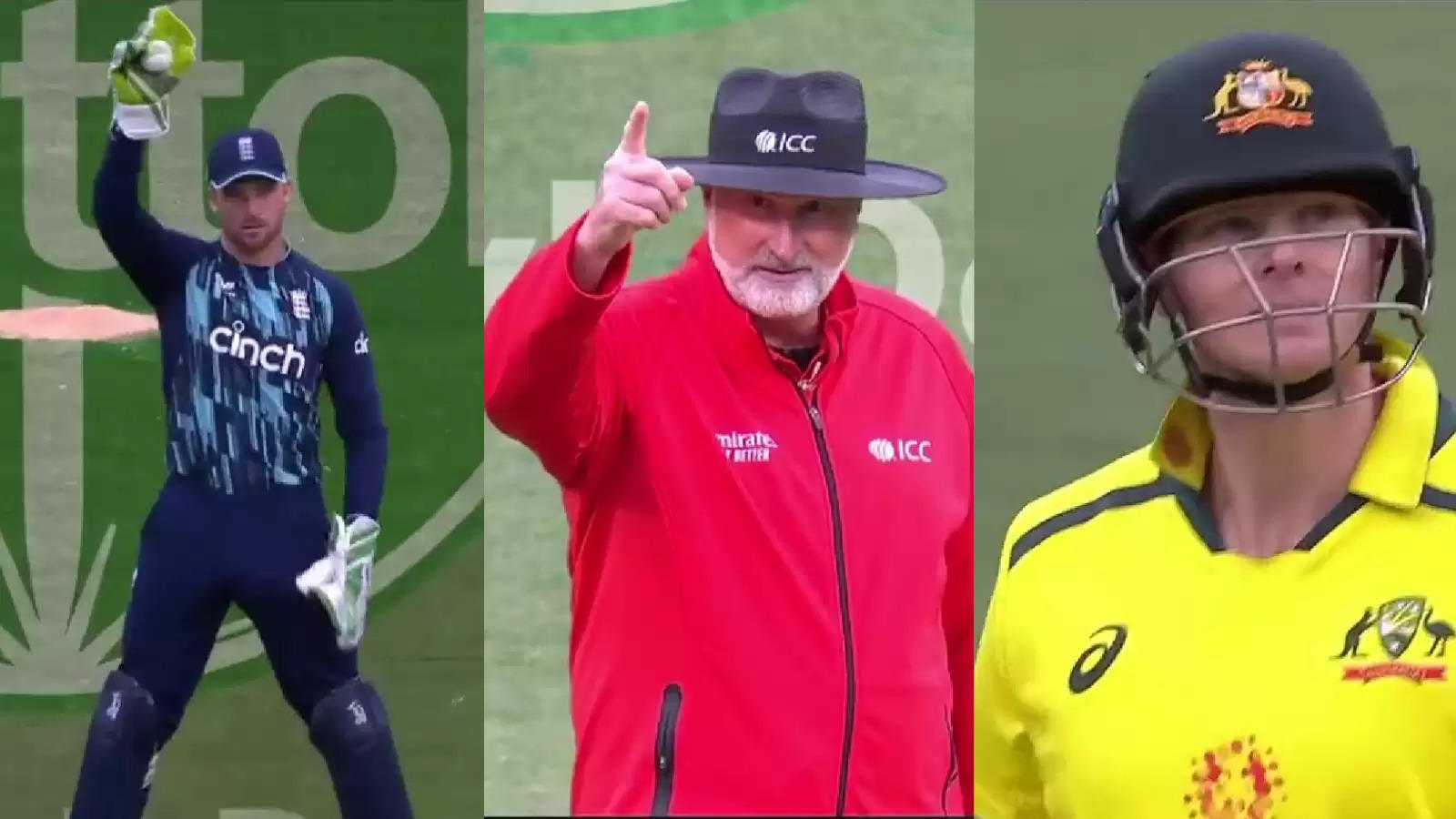 Steve Smith stood his ground despite gloving the ball.

A rather unusual series of events was concluded by Steve Smith being ruled out caught behind by the on-field umpire Paul Wilson during the third and final ODI between Australia and England at the Melbourne Cricket Ground on Tuesday, November 22.

The moment occurred on the third ball of the 46th over, as Smith shuffled across early for the ramp, and right-arm quick Olly Stone followed him with a short ball. Smith was late on the shot despite having tried to readjust, and got a glove through to the wicketkeeper Jos Buttler, who just raised his arm casually and signalled a review signal soon after.

Wilson, though, was yet to make a call on-field, and adjudged the batter out after Buttler made a  proper appeal. Smith, who had stood his ground at first, walked back to the pavilion for 21 off 16.

Australia eventually finished at 355/5, and England were set a victory target of 364 on DLS, as the match was reduced to 48 overs per side after a rain break during the first innings. The hosts rode on a monumental 269-run stand between Travis Head and David Warner, the duo becoming only the second pair after Sachin Tendulkar and Sourav Ganguly to record two 250-plus stands in the format.

It was also the highest stand for any wicket in ODIs at the MCG, bettering Adam Gilchrist and Ricky Ponting’s 225-run stand against the same opponents back in 2002.

Adam Zampa bagged four wickets in the second half, helping Australia bowl England out for 142 in 31.4 overs and win by 221 runs (DLS), thereby completing a 3-0 clean sweep.

"Felt nice to contribute and nice to back with Davey (Warner) as an opening pair," said Head, who was named the Player of the Match. "Hopefully long may it continue. Yeah, it was a bit tricky early on, first 30-40 runs. I think we (him and Warner) both like playing together, we're both positive and one feeds off the other well. Been a nice start for us."