After a brilliant opening burst against Australia Women last week, Renuka Singh produced another against Barbados Women to help India secure a dominant 100-run win and storm into the semi-finals at the ongoing Birmingham Commonwealth Games 2022.
By CX Staff Writer Thu, 4 Aug 2022 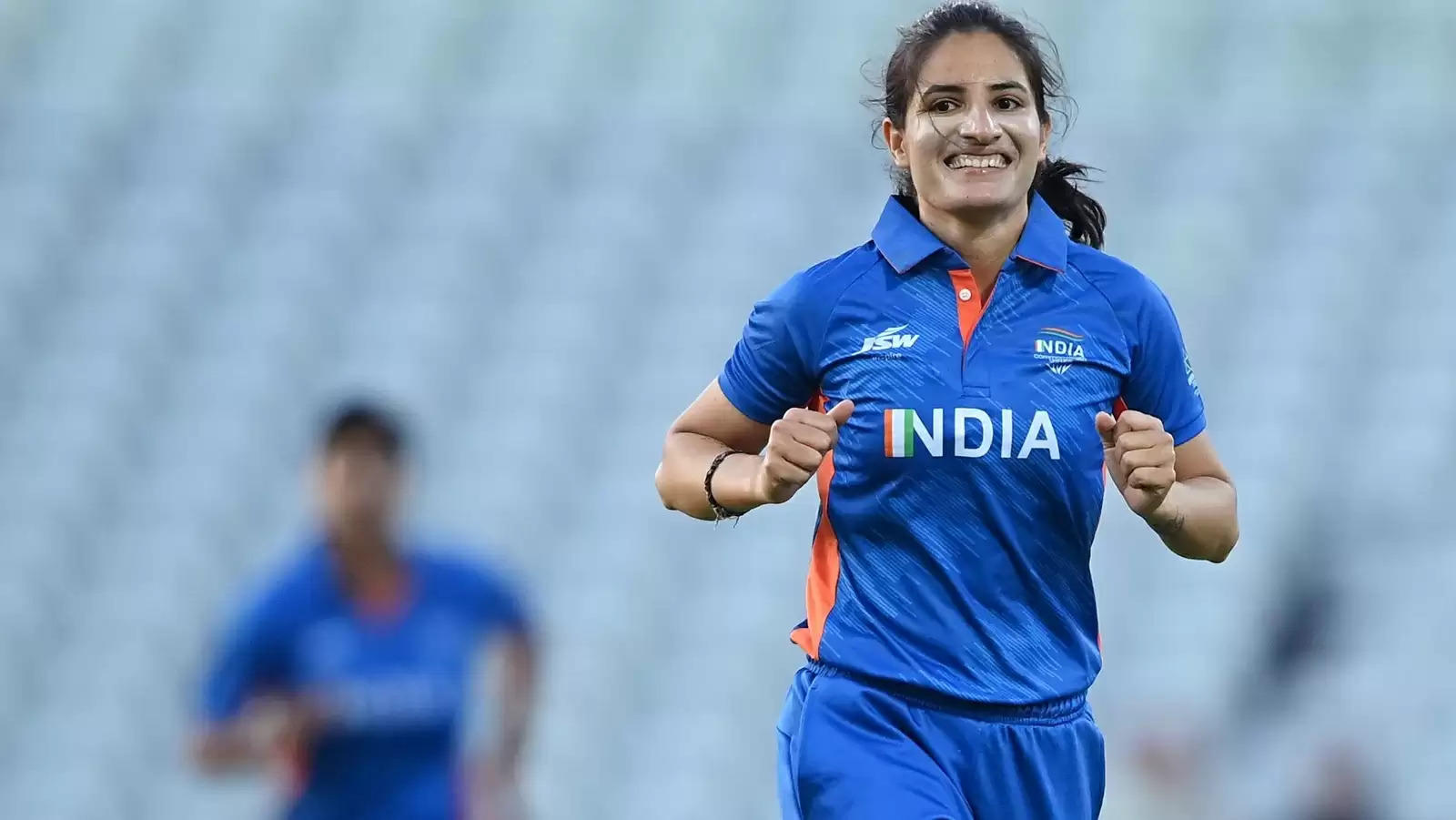 Renuka Singh now has the second and third best bowling returns for an India Women quick in T20Is.

India Women seamer Renuka Singh carried on her outstanding run at the ongoing Birmingham Commonwealth Games 2022, producing a stunning spell of 4/10 from four overs against the Barbados Women to help her team secure a 100-run win in the final Group A game at Edgbaston on Wednesday, August 3.

The right-arm quick started off by dismissing star all-rounder Deandra Dottin for a duck, who missed a slog off her third ball in her final international outing. Skipper Hayley Matthews smashed one straight to Shefali Verma at mid-off in Renuka’s next over as Barbados stumbled to 10/2 in their run-chase of 163.

Renuka then had wicket-keeper Kycia Knight drag one onto her stumps on the fourth ball of her third, and Aaliyah Alleyne shouldered arms to a ball that moved in quite a bit to see her off-stump removed. Her bowling analysis at that point read a scarcely believable 3-0-5-4.

Her eventual returns of 4/10 are now the second best for an India Women seamer, after Jhulan Goswami’s 5/11 against Australia in Visakhapatnam back in 2012. Renuka’s 4/18 against Australia on Friday, wherein she had dismissed Alyssa Healy, Meg Lanning, Beth Mooney and Tahlia McGrath, take the third position in this list.

With nine wickets at 5.33, Renuka now tops the wicket-taking charts in the competition while having maintained an outstanding economy of 4.

Meghana Singh, Sneh Rana, Radha Yadav and skipper Harmanpreet Kaur bagged a wicket each in a well-rounded bowling show, which restricted Barbados to 62/8 in the allotted 20 overs.

India, having defeated Pakistan by eight wickets in their previous outing finished second in Group A, topped by Australia who won three on the bounce. South Africa will take on Sri Lanka, and hosts England will play New Zealand in the last two Group B games on Thursday, August 4, and the latter match’s outcome will determine the semi-final face-offs for Saturday.