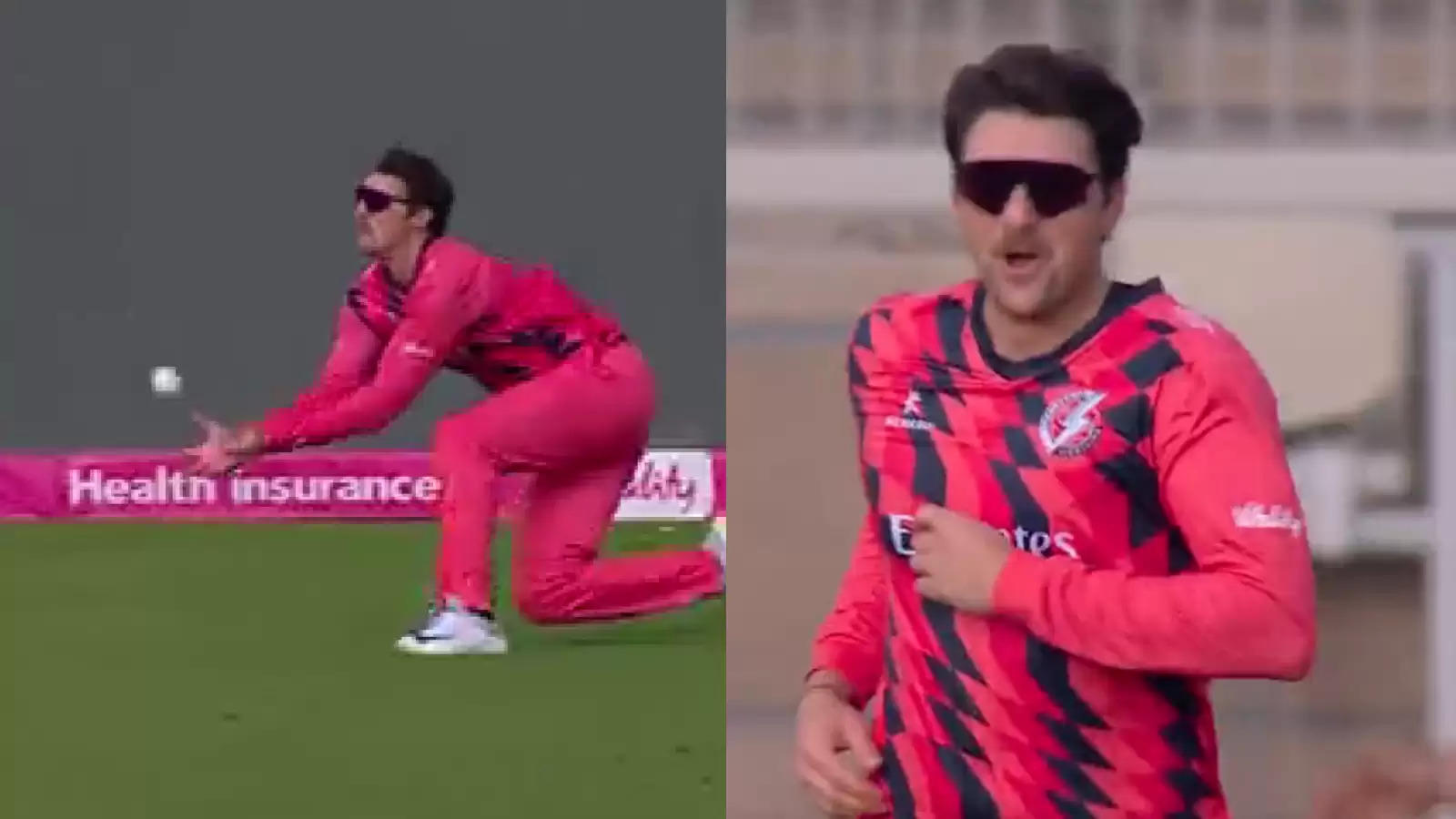 Tim David has been one of Lancashire’s premier match-winners in the ongoing T20 Blast 2022 thus far. The Singapore all-rounder has aggregated 387 runs at 32.25 in the competition, while smashing 27 sixes and maintaining an impressive strike-rate of 180. He has also bagged four wickets, and has pouched 14 catches in the field, which is the most in the tournament currently.

Rossington (25 off 19) and his opening partner Matthew Critchley had got Essex off to a brisk start after they opted to bat, adding 43 in mere 4.2 overs, The stand was broken when Rossington attempted a wild heave off left-arm quick Luke Wood towards the mid-wicket boundary. David sprinted across towards his right, and dived forward to grab a stunning catch to give his side the first breakthrough.

Later in the innings, Lawrence (15 off 14), shuffled across and middled a hoick off Wood, but David, stationed at mid-on leaped up to complete a brilliantly judged catch.

Stunning catch 👏🏻 Made it look easy 🤩

Lancashire secured the chase in just 15.4 overs with seven wickets remaining, with Steven Croft (76* off 48) and skipper Dane Vilas (51 off 23) being the chief contributors.

It will be an all-Roses clash in the first semi-final at Edgbaston on Saturday, July 16, with Lancashire facing Yorkshire, after the latter had beaten Surrey by 1 run in the first quarter-final.

Hampshire and Somerset will face off in the second semi-final, shortly after the first, at the same venue.