REN vs STR Dream11 Prediction: All you need to know about the BBL match between Melbourne Renegades and Adelaide Strikers.
By Kaushik Kashyap Tue, 24 Jan 2023 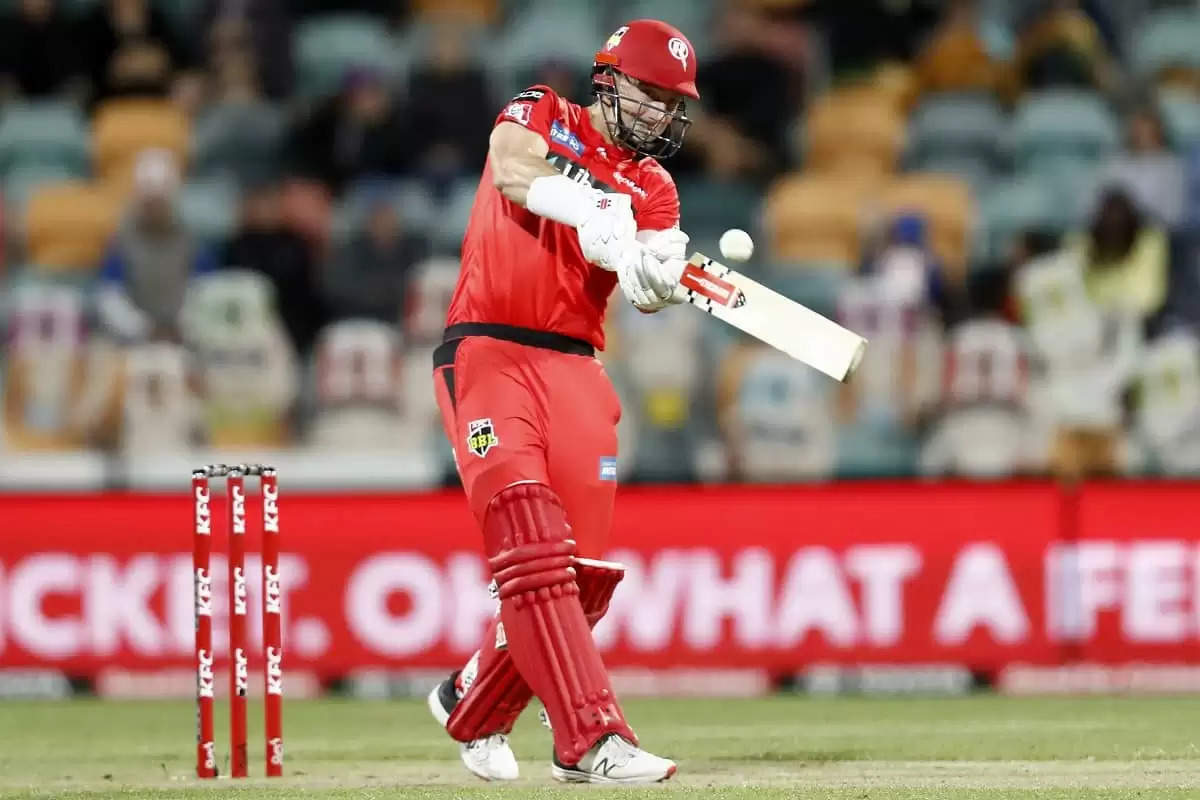 Melbourne Renegades have lost their winning form recently, losing two back to back games and desperately need a win from this game to qualify for the knockouts. They are currently placed fourth in the points table with six wins and seven losses. Aaron Finch and his men will be hoping to win their last league game and go through to the knockout.

On the other side, Adelaide Strikers have lost each of their last four games and are left stranded on sixth position in the league standings. However, they still have an outside chance to go through to the knockouts if Sydney Thunder lose their last game against Melbourne Stars. Moreover, they will still need to win with a big margin against Renegades in this match to keep themselves alive in the tournament.

Also Read: Where to watch REN vs STR match LIVE?

The pitch at the Docklands in Melbourne is a balanced one. Both batters and bowlers even get help from the surface. The first innings total is expected to be around 160. The team winning the toss will be bowling first as 75% of the games have been won by the teams batting second this season at this venue.

The weather is expected to be clear in Melbourne throughout the day. There is no chance of precipitation during the match time.

Kane Richardson, who missed the last game against Perth Scorchers is available for selection in this game.

Thomas Kelly has been omitted from the squad. Ben Manenti is also out from this game due to an ankle injury.

Both the teams are very even on paper. However, considering Renegades are playing at home, they will start this game as favorites.

Shaun Marsh: Shaun Marsh will be a great captaincy choice going forward into this game. He scored a brilliant half century in the last game. Overall, Marsh has an excellent record at Renegades’ home ground. The left-hander has over 450 runs at an average of 45.20, including five half centuries at Docklands Stadium.

Tom Rogers: Tom Rogers is currently the third highest wicket-taker in the tournament. He has 20 wickets in 13 games at a strike rate of 14.2. Moreover, he has 7 wickets at Docklands stadium this season. He will be another great captaincy choice.

Wes Agar: Wes Agar will be another great captaincy choice for this game. The pace ace has been Strikers highest wicket-taker this season. He has 17 wickets in 12 matches at a strike rate of 12.3 for Adelaide Strikers this season.

Travis Head: Travis Head will be a great differential pick for this game. He has been selected in only 24% of the teams at the time of this writing. But his record at the Docklands Stadium is brilliant as he has 129 runs including two half centuries in three innings at the venue.

Matt Critchley: The Englishmen is another great differential pick ahead of this game. The 27-year-old has been selected by only 25% of the teams at the time of writing. If opportunity comes, Critchley can be a surprise package for the hosts.

Peter Siddle: The veteran pacer is not having a good tournament with the ball. It is advisable to keep him out of your XI for this game. 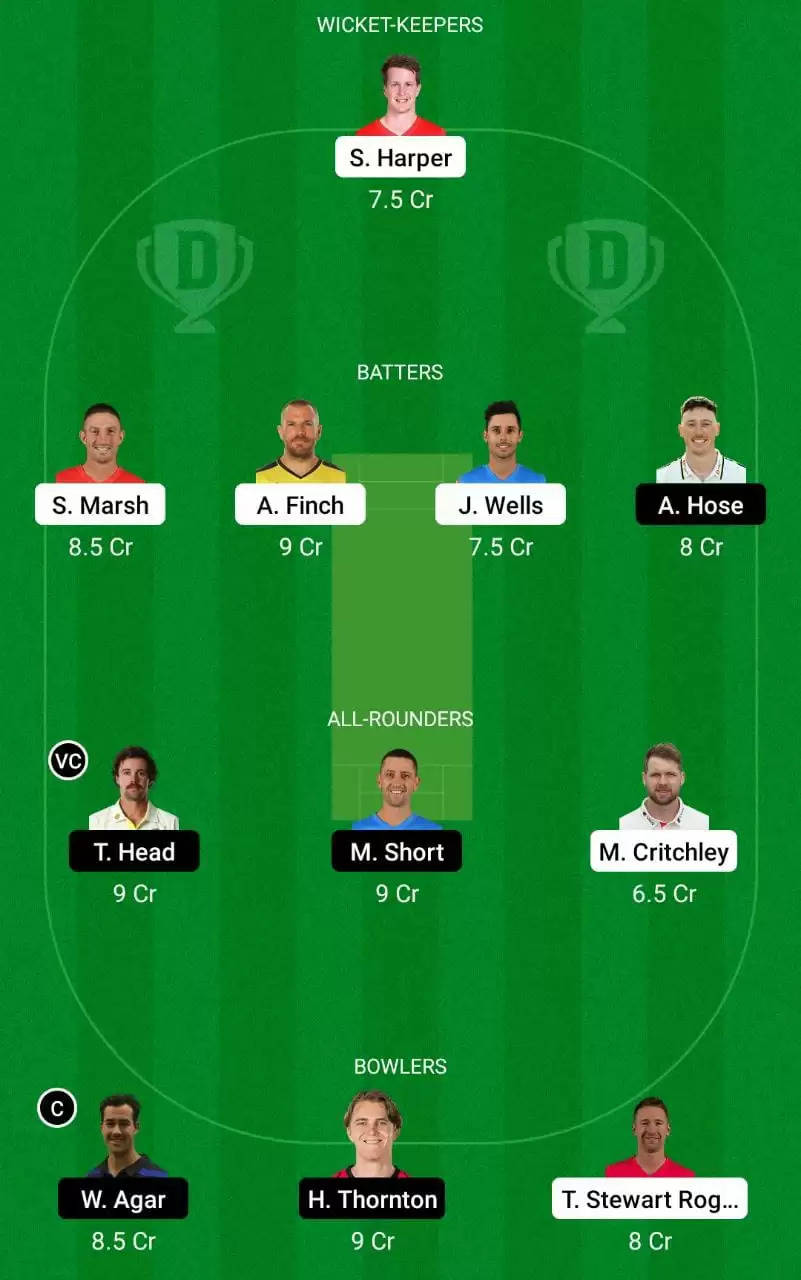 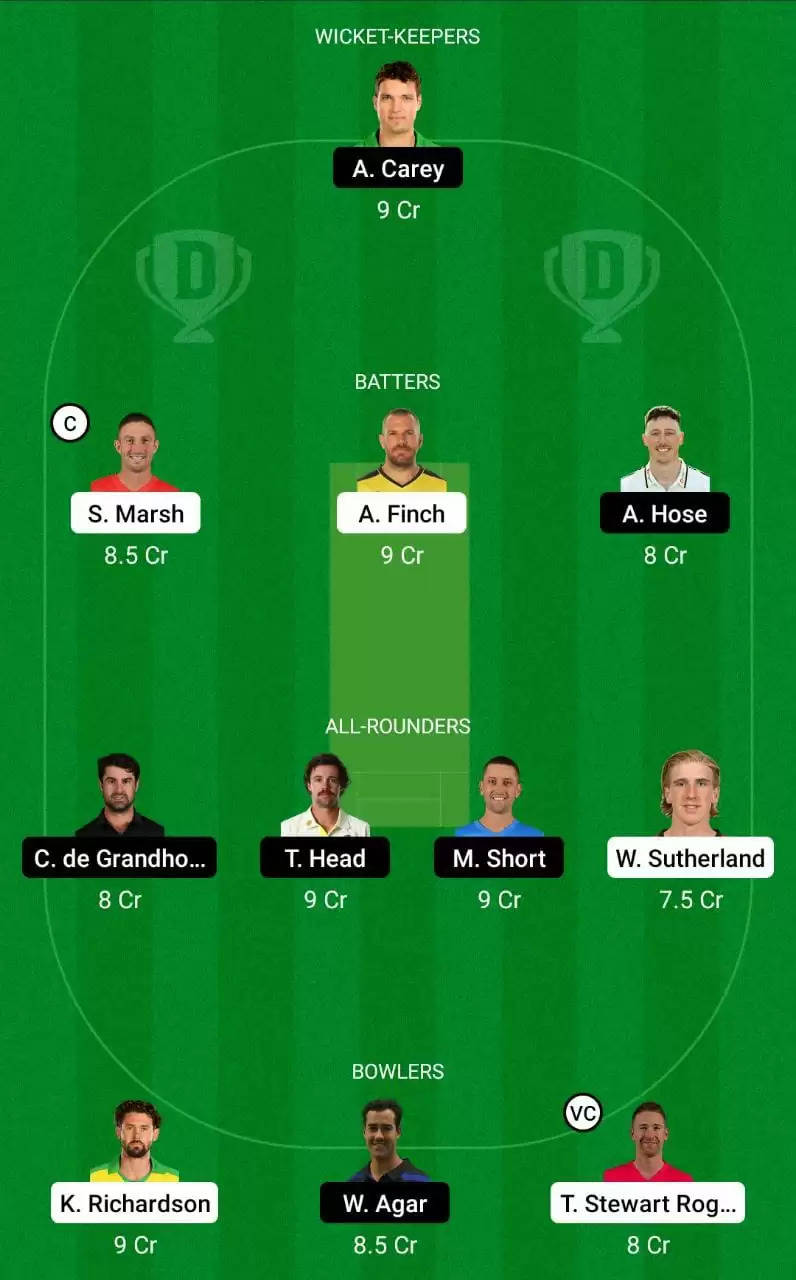