Deepak Hooda has been picked as Ravindra Jadeja's replacement for the third T20I against West Indies.
By Cricxtasy Media Tue, 2 Aug 2022 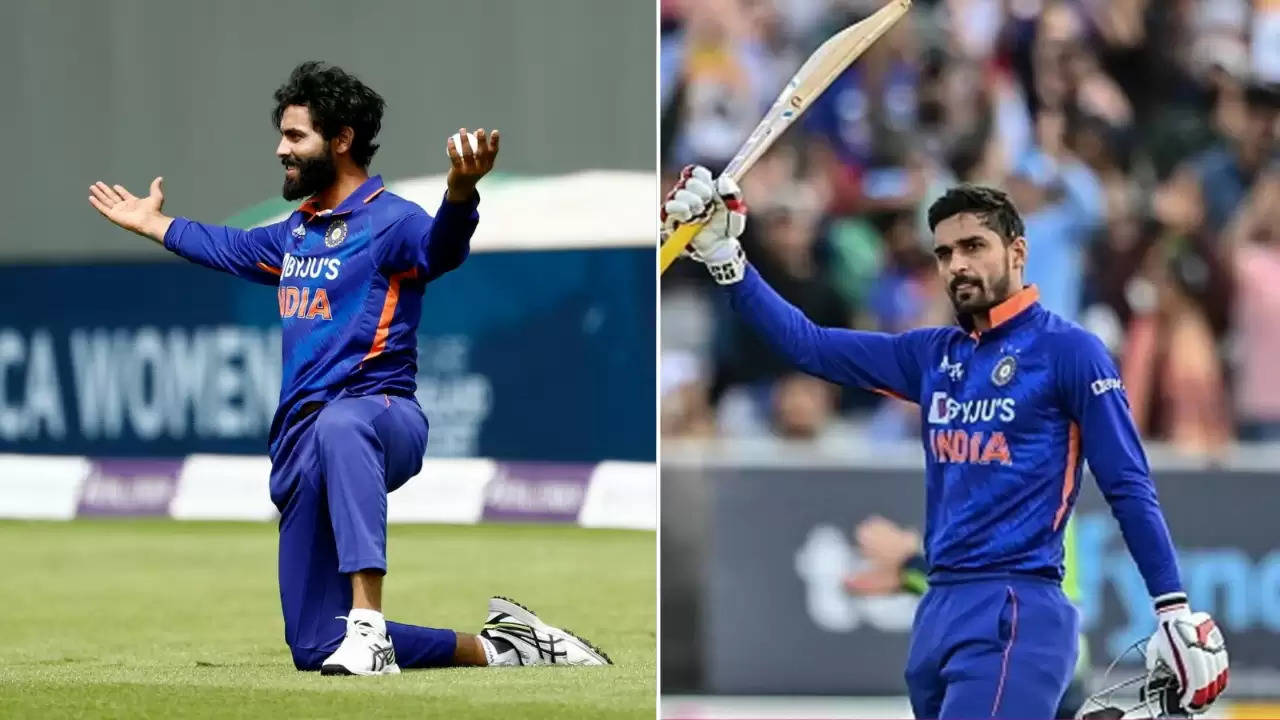 Jadeja bagged two wickets from the first two games while maintaining an economy of six.

India made one change to their playing XI for the third T20I against West Indies at the Warner Park, Basseterre, St.Kitts on Tuesday ,as they rested Ravindra Jadeja and brought in Deepak Hooda as his replacement. Skipper Rohit Sharma won the toss and opted to bowl. Jadeja had played in both matches prior to this game and had made crucial contributions on both occasions.

The all-rounder scored 16 off 13 and 27 off 30 respectively in the first two games, adding crucial partnerships at the back end, and bagged the wickets of Jason Holder and Shimron Hetmyer in the respective outings while maintaining an overall economy of six. He'd featured in the second and third T20I against England last month, and had scored a match-winning, career-best 29-ball 46* to help India seal the series in the former at Trent Bridge.

Hooda, meanwhile, too, has endured an impressive run in recent times, making his way in the Indian T20I setup on the back of excellent performances in the Syed Mushtaq Ali Trophy 2021/22 and for the Lucknow Super Giants at the IPL 2022.

He had registered scores of unbeaten 47 and 104 off 57 against Ireland in the two-match T20I series in Dublin in June, and followed that up with 33 off 17 in the series opener against England in Southampton later, before making way for the returning Virat Kohli. His exclusion from the first T20I against the West Indies had prompted several reactions from the fans and experts alike, given the recent impressive returns.

The two-match series is currently levelled at 1-1, with West Indies having won the second game by five-wickets in a last-over finish at the same venue on Monday, after they had been beaten by 68 runs in the series opener at the Brian Lara Stadium, Tarouba, Trinidad on Friday.

The hosts too, made one change to their XI, with Odean Smith making way for Dominic Drakes.

The second T20I had begun three hours late than the scheduled start of 8 PM IST, after it was understood that the team luggage will arrive late at the venue. Subsequently, the start of the third game too, was pushed ahead by 90 minutes.