In an extraordinary incident, a cat stopped play during the RCB vs PBKS match as it appeared near the sightscreen
By Rohit Sankar Fri, 13 May 2022 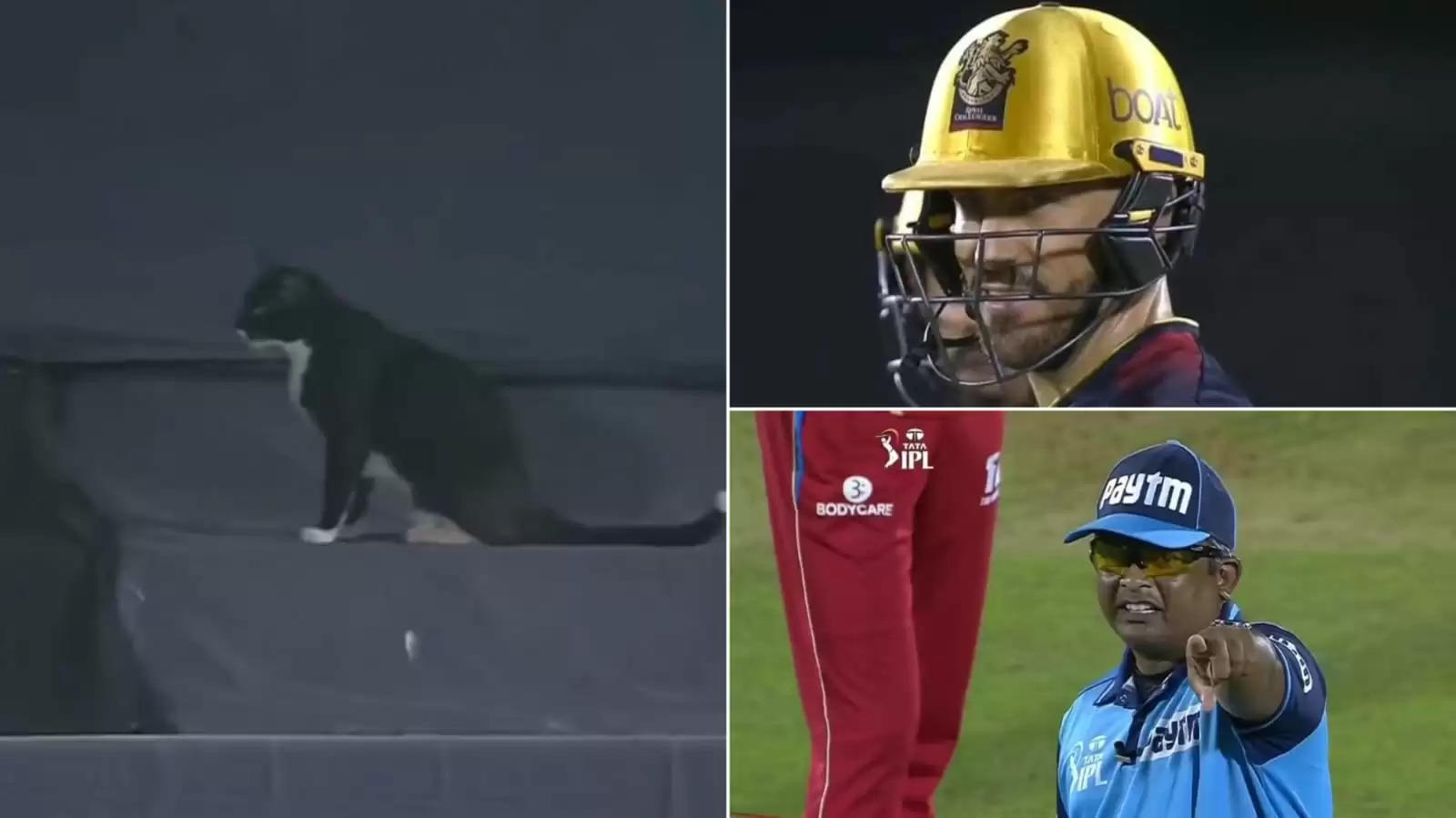 Faf du Plessis was left amazed as he stood up to face Harpreet Brar in the first over of the Punjab Kings game in IPL 2022. A cat was right in front of the sightscreen blocking play and he asked for the umpires to intervene.

The cat was sitting right in front of the sightscreen, with du Plessis completely bewildered as to how it reached where it did. The umpires and players were also shocked by the incident and were left agape as the cat continued to sit cozily in front of the screen, stopping play for a bit.

Even as discussion went on on how to move the cat, it walked off casually much to the amusement of fans and the players on the field.

Play resumed immediately after as the cat moved away