Arshdeep Singh's father revealed what the pacer told his parents in wake of the heavy social media trolling after the Pakistan clash.
By Kashish Chadha Tue, 6 Sep 2022 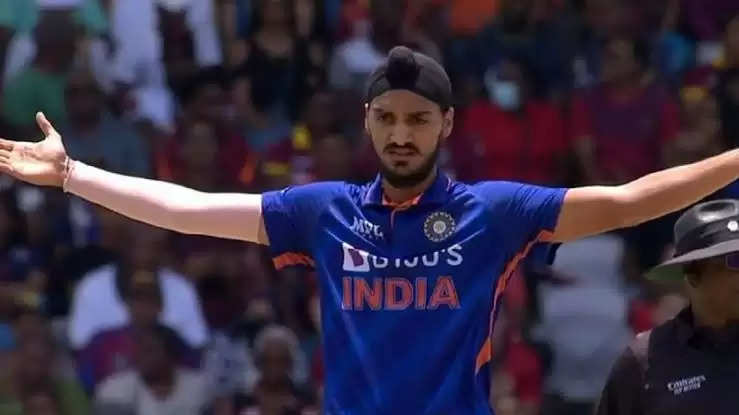 The left-arm pacer was at the receiving end of some inhumane remarks from right-wing elements after his drop catch.

Indian seamer Arshdeep Singh has come up with his first reaction to excessive trolling he received over social media after a costly drop catch in the Asia Cup 2022 Super 4s clash against Pakistan on Sunday (September 4).

In an interview with The Indian Express from Chandigarh, Arshdeep's father Darshan Singh, who is a chief security officer in a private company, said the pacer has taken to the outside noise with a lot of grace and composure.

The Singh senior revealed his son has been laughing over some of the comments made about him and taking things in a "positive manner".

This, despite Arshdeep Singh being at the receiving end of some inhumanely remarks on his drop catch, including horrible remarks on his religious inclination and nationalistic allegiance.

Darshan confirmed he had spoken to Arshdeep just before boarding his flight to Chandigarh.

As he landed in the Punjab city and reached home, the senior Singh spoke to The Indian Express and informed how his son has taken to the excess trolling and naysaying with immense calm.

"Spoke to Arshdeep before boarding. His exact words were, ‘I am laughing at all these tweets and messages. I am only going to take positives from it. This incident has only given me more confidence," the father said in the interview for Arshdeep Singh.

Darshan confirmed he and his wife were present at the stadium in Dubai to watch the thrilling India-Pakistan clash. Arshdeep's mother Baljeet reiterated the comment made by batting stalwart Virat Kohli in the press after India's defeat, stating that the team atmosphere is such that all members of the squad and the coaching staff are standingly firmly behind their man in this phase.

"Arshdeep told us that the whole Indian team is supporting him," said Baljeet, before Darshan stressed how bad they feel for their son to be given such treatment by his own countrymen in knee-jerk reactions to a drop catch and the defeat.

"As a parent, it feels really bad. He is only 23. I don’t want to say much about trolls. You can’t shut everyone’s mouth. Without fans, there is no game. There are some who stand by you no matter what and others who can’t digest a single loss. But at the end of the day, only one team can win," he said.

Arshdeep Singh became a subject to extreme reactions all over social media after a dropping a sitter in the 18th over of the Pakistan run-chase. Needing 32 off 15, opposition powerhitter Asif Ali top-edged a skier into the hands of the short-third fielder, but Singh ended up making a meal of it with a casual attempt. Asif went on to clinch victory for Pakistan.

That, however, doesn't at all justify the disastrous reactions to the mistake that the 23-year-old made under pressure.